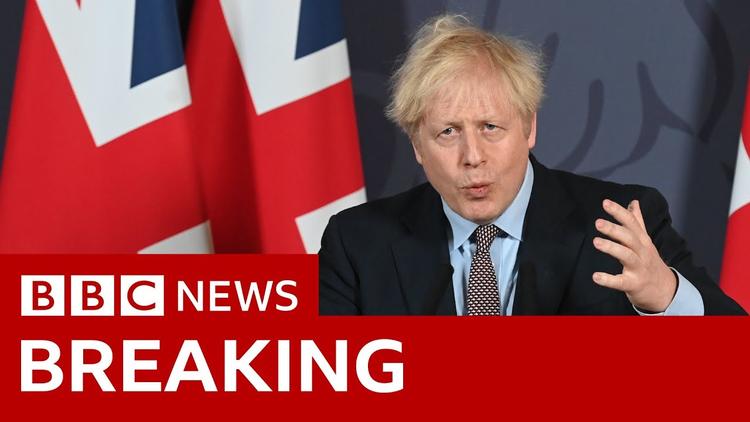 Ann Arbor (Informed Comment) – Boris Johnson’s government has achieved a relatively “hard Brexit” at the last minute, reaching a deal on its departure from the European Union. This is a triumph for British Trumpism, and it is no wonder that Trump himself was a cheerleader for it. It is economically a bad deal for the British people, who are in the worst economic crisis for over a century, suffering high unemployment. Leaving Europe will over time take 4% off the country’s GDP, reduce investment, hurt finance, produce labor shortages, and harm employment over the long term.

Brexit was a scheme of far right white nationalists upset about the free labor flows implied by being in the European Union. They promoted the myth of foreigners taking jobs from British (hint: if local labor can fill jobs, nobody will immigrate to get jobs because there won’t be any open). They weaponized Islamophobia. Intelligent people would say daft things about no-go zones in Muslim neighborhoods in Birmingham (there aren’t any). It is difficult to know whether the Russian Federation’s social media influence campaigns in favor of Brexit were decisive, but the possibility cannot be ruled out. That they were permitted to conduct such campaigns covertly (as they did in the US in the 2016 election) is scandalous.

Britain’s finance sector has been left up the creek. The deal reached Thursday avoids tariffs on export goods. But 80% of the British economy is services, and services made up 40% of Britain’s exchanges with the EU. The EU consumed $40 billion in financial services provided by the UK.

I’m not sure most people realize this, but UK-based banks have had to advise all European Union costumers that their accounts will be closed. Moreover there has been the greatest emigration of businesses from Britain to the mainland since the last Ice Age crept south. Fearing loss of their EU customers, banks based in London have moved $1.37 trillion in assets from the City to European capitals, and they sent over 7,500 jobs to Europe, as well.

Well, I guess British sovereignty has by God been reasserted.

The short version: Despite its current overwhelming dominance, British banking could be in big trouble in the coming years unless Brussels decides that UK government rules on finance offer no special advantage to British firms over European ones. If they do decide the rules are roughly the same, and fair, this is called “equivalence.” If British banks aren’t granted equivalence, that big sucking sound you hear will be British capital heading south. Moreover, the substantial tax receipts realized by the British government from the finance sector could also be much reduced.

Japanese and Chinese investment in Britain could plummet. There is no point in building a factory in the UK in hopes of exporting goods to Europe from there. Even though tariffs have for the moment been avoided, they could be imposed at any time. Safer to go to the mainland with a big new investment, secure in the knowledge that the 27 countries in the EU will be your tariff-free market.

But here’s the kicker, since Islamophobia played such a big role in the Brexit vote. Fewer mainland Europeans will be coming to Britain– fewer white Christians, in other words. Already, so many Poles have left that India has emerged as the largest single country of origin for UK immigrants. There are 3.7 million EU residents in the UK, all of whom are now going to have to have visas. Some proportion will leave.

Muslims are already about 4.8 percent of the British. Hindus are 1.5 percent. This is a good thing, contrary to what the Brexiteers trumpeted. A society is stronger for being diverse, and immigrants tend to be younger and contribute more to the economy than aging locals. London’s mayor is an on-the-ball Muslim Briton, and the country is full of scientists, inventors and engineers of that background, who bring distinctive creativity to their tasks.

The new rules require immigrants to speak English, have a genuine job offer, and be making $27,300 a year.

You know who is likely to fit that bill? Educated Indians, Pakistanis and Bangladeshis.

One of the likely outcomes of Brexit, in other words, will be, over time, a substantial increase in the size of the British Muslim (and Hindu) population.