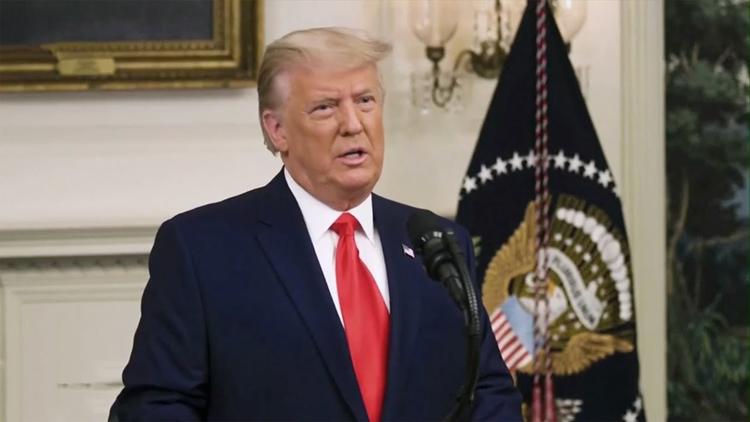 Ann Arbor (Informed Comment) – Caitlin Dickson at Yahoo News reports that Trump supporters and Tea Partiers have begun calling for a suspension of the US constitution to prevent Joe Biden from taking office.

The only way to parse “suspension” of the constitution is its temporary overthrow. Moreover, they are calling for the use of force (“martial law”) toward that aim. They are also using diction such as the threat of civil war. Since nobody but them is talking about civil war, I take it they are envisioning firing off the AR-15s they have stockpiled.

Should they go to jail?

Other people did, for much less. Jessie DeLauder explains that in 1952 seven Seattle citizens were abruptly arrested by the FBI and charged not only with being members of the Communist Party but of therefore seeking to overthrow the constitution of the United States. They were charged under the 1940 Smith Act, passed in the shadow of WW II, which threatened with condign punishment those who

Among the seven, DeLauder says, “Karley Larsen had, for seventeen consecutive years, held the position of the first vice-president of the International Woodworkers Union of Western Washington.” She was arrested at a union meeting in Oregon. Paul Bowen, an African-American veteran, trade unionist and civil rights activist, was arrested just outside Seattle.

As the seven went blue in the face asserting to the judge, they did not in fact advocate the violent overthrow of the US constitution, just because they belonged to the Communist Party.

They were nevertheless convicted, fined and sentenced to five years in jail for thought crimes. One committed suicide. The case went all the way to the Supreme Court, which upheld the convictions.

Given this success, The FBI went on an arrest spree, bringing cases all over the country. Only in 1957 did the Supreme Court finally return to its senses and rule that you can’t be imprisoned for your thoughts, only for your actions.

The Smith Act is still on the books, and I don’t think anyone who believes in human rights would ever want to see it deployed again. It should be repealed. Who knows, our present Supreme Court may be as conservative as the one who upheld the conviction of prisoners of conscience.

But, I’m just saying that there is a double standard in the United States. The far right literally gets away with murder, and no one is talking about locking up the Trump crazies for demanding the overthrow of the US constitution. If they called themselves socialists or if they weren’t white, though, they might well have started being investigated by now.