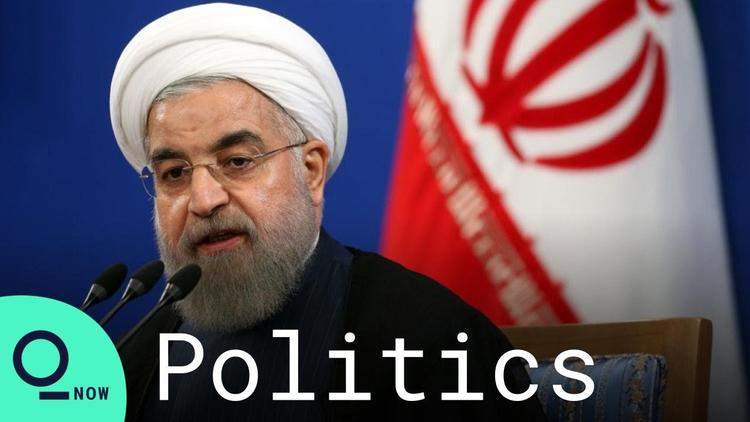 Ann Arbor (Informed Comment) – Iranian president Hassan Rouhani was asked Tuesday in an interview with a state-owned news outlet under what conditions Iran would return to the 2015 nuclear deal with the 5 permanent members of the UN Security Council (P5), including the U.S., plus Germany (+1)

He replied, “A thing we are saying today is that if tomorrow morning the P5 + 1 fulfills all its undertakings, we will without delay fulfill all of our undertakings.”

What Rouhani means is that if Joe Biden, on becoming president, lifts the US financial and trade blockade on Iran, Tehran will immediately return to scrupulously observing the terms of the 2015 nuclear deal or Joint Comprehensive Plan of Action (JCPOA).

Asked if he thought the new Biden administration would introduce changes into the belligerent Trump policies toward Iran, Rouhani replied,

“”We believe that the situation in the new US administration will change and the old conditions will not remain the same.””

The centrists in Iran are clearly eagerly looking forward to the change of administrations. Rouhani said, though, that he thought that even if Trump had remained in office, things would have had to change.

“”We are interested in expanding relations with European and Western countries and with our neighbors, and on this basis we are engaged in this quest. In my view, in order to arrive at this outcome, if the other side, i.e., the P5 + 1 is ready and returns to 2017, we are also ready and we will return to it in a short span of time.”

Rouhani was asked if he would seek reparations for the harm to the Iranian economy inflicted by the U.S. as a precondition for rejoining the JCPOA.

Iran’s centrist president rejected the notion of such preconditions. He said that this approach could keep Iran in the vise of the current US sanctions for another five years. He wants them immediately lifted, though he hinted darkly that the hard liners would be perfectly happy to see US “maximum pressure” sanctions continue for another half decade.

Iran’s hard liners whip up Iranians’ resentments against the way the US has treated the country going back to the 1953 CIA coup against its government, and also play on religious sentiments. They benefit from an Iran that is isolated from the world economy and global culture. Rouhani is implicitly charging them with wanting to keep Iranians in poverty for their own political advancement.

Rouhani agreed that Iran has a claim on the US for reparations, given the damage Washington has inflicted on his country. He simply wants to uncouple such bilateral grievances from the nuclear deal. He pointed out that Europe had also stiffed Iran by not actually trading with or investing in it. He said it is unrealistic to refuse to talk to the Europeans unless they agree to pay reparations first. Such a stance, he said, would put Iran in the position of going to war with the whole world.

In the 2015 JCPOA signed between the UNSC and Iran, the world was supposed to end economic sanctions, boycotts and blockades on Iran. Because the US balked and then Trump threatened the rest of the world with massive third party fines if anyone so much as traded with Iran, Iran never received any real sanctions relief. This, even though the UNSC did revoke the sanctions it had imposed in 2007. The US is such a 900 pound gorilla in the world economy, and the Treasury Department is so willing to use extortionate means to impose Washington’s will, that no big corporations with US investments and trade will dare buck it.

In return for sanctions relief, Iran accepted a wide range of constraints on its civilian nuclear energy program. These included limiting centrifuges to only 6,000, agreeing to use unsophisticated centrifuges, bricking in its planned heavy water reactor at Arak, accepting spot inspections from the UN International Atomic Energy Agency, and casting its stock of low-enriched uranium up to 19.5% in a form that made it impossible ever to enrich further. Iran faithfully did all that 2015-2018, as attested by the UN inspectors.

In the past year, as Trump crippled the Iranian economy and the Iranians were deprived of any reward for their compliance (they mothballed 80% of their civilian nuclear enrichment program), the Iranians have acted out in small ways. They weren’t supposed to enrich higher than 3.5% for fuel for their Bushehr reactor. They began enriching to 4.5%. You can’t really do anything with 4.5% enriched uranium. It has to go up to 95% and lots of other scientific advances have to be made to weaponize it. There is no evidence since 2003 that Iran has sought to weaponize or has diverted any material to a weapons program. In short, Iran does not have a nuclear weapons program. So enriching to 4.5% is just a symbolic protest. Likewise, Iran has started using more centrifuges and better ones, violating the terms of the JCPOA. Again, that move would shorten the time it would take them to make a bomb if they wanted to make a bomb, but no intelligence service assesses that they have made that decision.

What Rouhani is signalling to Biden and to Europe is that if they want Iran to go back to observing the stringent stipulations of the JCPOA, they can have that, but they have to turn on the money spigots.

A lot of Washington interests want to squeeze Iran, over issues like its presence in Syria, or its ballistic missile program, or human rights, by tying them to a resumption of the nuclear deal. These are very bad ideas, since denuclearizing the Middle East should come first. Biden is said to agree, and this is the most promising news on the horizon. Iran can be more successfully pressed on those other issues if it depends on income from a Renault car factory and exports to the US, etc. Isolated states find it easier to be rogue states.

Bloomberg: “Iranian President Rouhani to Biden: Rejoin Nuclear Deal and Iran Will Too”