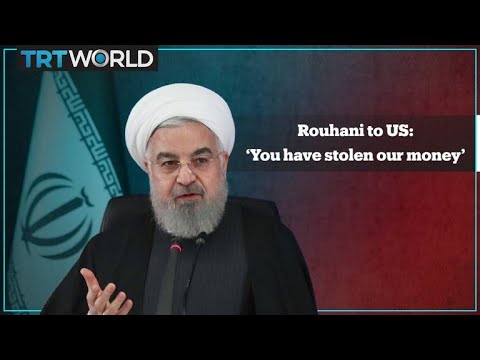 ( Human Rights Watch) – We, the undersigned human rights and humanitarian organizations, call on all stakeholders to ensure people in Iran have swift, unencumbered, and equitable access to safe, effective, and affordable Covid-19 vaccines. We particularly call on the government of the United States to provide assurances to financial institutions that they will not be subject to US sanctions for facilitating transfers of Iran’s foreign currency for the purpose of purchasing vaccines. We urge the Iranian government to use funds, distribute vaccines, and fight the pandemic in an equitable and transparent manner, in line with recognized due diligence standards.

Iran has seen some of the earliest and worst waves of the Covid-19 pandemic. Authorities there have repeatedly failed to contain the outbreak, which has led to over a million infections and the deaths of over 50,000 people. Citing economic constraints, officials have been particularly reluctant to enforce safety measures such as business closures. As vaccines become available, it is critical that Iranians do not experience restrictions or delays due to economic sanctions that would endanger more lives. A swift and equitable vaccination campaign remains the best option to protect vulnerable populations from the virus.

US sanctions on Iran appear to be already impeding the transfer of funds to the Covax Facility, the effort of the World Health Organization and Gavi, the Vaccine Alliance to manage global vaccine distribution. The head of the Central Bank of Iran, Abdolnaser Hemmati, reported on social media that the banks in South Korea that hold Iranian frozen assets have refused to guarantee the transfer of funds to Covax for fear that such funds will be seized by the United States. According to a report by Reuters, South Korea’s foreign ministry expressed a similar need for specific US approval with regard to transfers to the Swiss-managed humanitarian channel with Iran.

Iran has secured a license from the U.S. Treasury Department’s Office of Foreign Assets Control (OFAC) that exempts payments to Covax partners such as UNICEF. OFAC has also issued a general license exempting medicines and humanitarian goods. Nonetheless, the reluctance of financial institutions to carry out such transactions necessitates further assurances from the US government.

To ensure that Iran can access necessary funding for vaccine purchases under the coordination of Covax, the US government should provide public assurances and comfort letters to financial institutions and humanitarian financial mechanisms that transactions for this purpose will not be blocked or punished. Failure to do so in a timely manner would put Iran on unequal footing with other nations looking to secure vaccines and prolong the deadly health crisis.

The Iranian government should apply due diligence reporting, such as those used for transactions with SHTA (Swiss Humanitarian Trade Arrangement) and other financial humanitarian mechanisms, to its purchase and distribution of vaccines. It should also prioritize its resources to protect Iranians’ right to health and do all it can to make safe, effective and affordable vaccines available to as many people as possible, as quickly as possible. Decisions about the allotment of vaccines should be based on transparency, public health assessments, internationally accepted best practices, and consideration of vulnerable populations, and should not result in discriminatory or preferential treatment.

TRT World: “Iran says US wants vaccine payments to go via its banks”