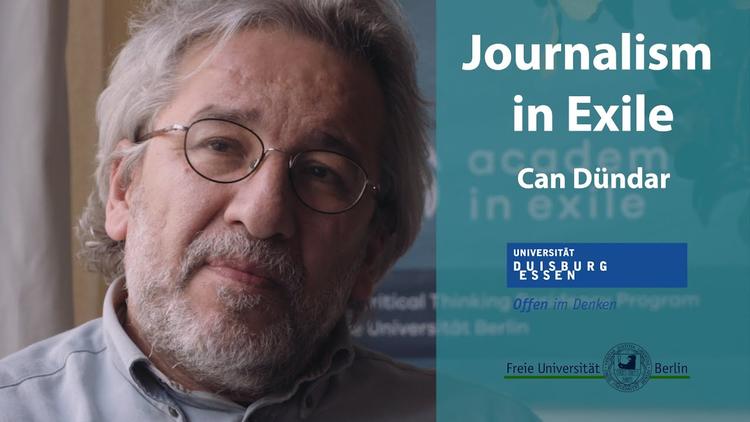 The Committee to Protect Journalists condemned a Turkish court’s conviction and sentencing of exiled journalist Can Dündar.

On December 23, the 14th Istanbul Court of Serious Crimes announced that Dündar, who lives in Germany, had been sentenced to 18 years and nine months in prison for an espionage conviction, and eight years and nine months for “aiding a terrorist organization without being a member,” according to news reports.

The court also issued an arrest order for Dündar, and ordered the journalist to pay 8,200 liras (US$1,073) to the lawyers of the National Intelligence Agency (MİT) and President Recep Tayyip Erdoğan, complainants in the trial, and 7,139 liras (US$934) to the Treasury for the trial costs, according to reports.

Dündar’s lawyers did not attend the hearing, saying, “We do not want to be part of a practice to legitimize a previously decided, political verdict,” according to those news reports.

“Turkish authorities have shown again that they will use all means at their disposal to harass and threaten members of the press,” said Gulnoza Said, CPJ’s Europe and Central Asia program coordinator, in New York. “We condemn today’s sentencing of journalist Can Dündar, and are relieved that he is safely out of the country.”

Dündar, then chief editor of the opposition newspaper Cumhuriyet, was first arrested in November 2015 over his reporting on alleged MİT trucks being used to smuggle arms to rebel groups in Syria, as CPJ documented at the time.

In 2015, Erdoğan referenced Dündar’s reporting, saying, “The person who wrote this story will pay a heavy price for it; I won’t let him go unpunished.”

He was released pending trial in February 2016; in May of that year, he was sentenced to prison but remained free on appeal, and in August 2016 announced that he would not return to Turkey, as CPJ documented.

In 2016, Dündar received CPJ’s International Press Freedom Award in recognition of his work amid government repression.

CPJ emailed the Istanbul Chief Prosecutor’s Office for comment but did not immediately receive any reply.

Academy in Exile: “Can Dündar | Journalism in Exile”