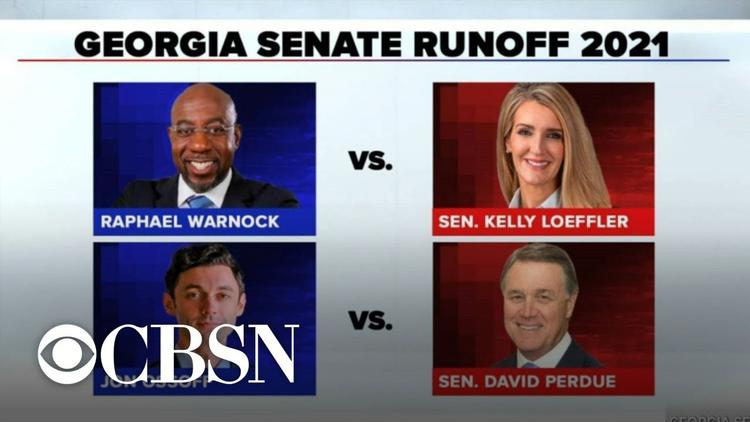 Ann Arbor (Informed Comment) – Kristen Holmes and Victoria Stracqualursi at CNN report that Trump called up Georgia governor Brian Kemp and asked him to call a special session of the Republican-dominated state legislature and have them elect an alternative slate of electors for the Electoral College, so as to overturn the results of the November 3 election, in which Joe Biden won by 11,769 votes. Trump also tried to wheedle Kemp into ordering an audit of the signatures on absentee ballots.

Kemp is not, in my view a very admirable person and if he did not steal the 2018 gubernatorial election from Stacey Abrams with minority voter suppression measures, he did nevertheless institute those measures with an eye to depressing the Black vote. But he did say no to Trump’s lunatic ravings, so there is that.

But Trump should be careful what he wishes for. When political elites overthrow a legitimately elected government, they often plunge the country into civil war, dictatorship and revolution.

Ironically, another Georgia, the former Soviet Socialist Republic in the Caucasus near Armenia, serves as an object lesson. Eduard Shevardnadze stole the election of December, 2003 in Georgia, resulting in the Rose Revolution, in which masses came out to topple him. The dictatorially minded are used to being obeyed by toadies, as Trump is, and so can’t imagine that their actions will lead to masses in the street who can’t just be taken out and shot.

A similar story unfolded in Kyrgyzstan in 2005, where president Askar Aqayev was overthrown after tinkering with the parliamentary elections that year. Aqayev had to flee the country, but went on insisting he was the legitimate president. Does this sound familiar?

In 1953, the US Central Intelligence Agency overthrew the elected government of Iran, headed by prime minister Mohammad Mosaddeq. During the oil nationalization crisis in 1951-53, when the Iranian parliament quite reasonably asserted Iranian ownership of the country’s own petroleum, the country’s monarch, Mohammad Reza Shah Pahlavi, went into exile in Italy. When the CIA bought crowds with millions of dollars and intrigued with right wing Iranian generals, overthrowing Mosaddeq, the Shah came back and transformed himself into a royal dictator. He had more prisoners of conscience than did the Soviet Union. Fred Halliday characterized him as a “capitalist dictator,” and he used his government power to throw much of the country’s wealth at the notorious “1,000 families.” You could imagine Trump acting in much the way the Shah did. In 1978-79, the Iranian people had grown so frustrated with the shah’s rule that they rose up in the Islamic Revolution that brought Shiite clerics to power. So, the CIA overthrow gave us two and a half decades of autocracy in Iran followed by a fundamentalist uprising that left the country a world pariah and a thorn in the side of the US ever since. Better to have left the elected prime minister in office.

The overturned Algeria election of 1991 kicked off a years-long civil war that still haunts the country today. A military junta had come to power in Algeria after it won independence from France in 1962 after a bloody 8-year-long revolution in which between half a million and a million persons died. By the late 1980s a restive new generation was demanding more freedom, and the junta agreed to move to parliamentary elections. It so happened that a Muslim fundamentalist party, the Islamic Salvation Front (French acronym FIS) won a super-majority of seats in December, 1991. But it wasn’t acceptable to the officer corps that FIS should have that kind of overwhelming victory, which would have given it the power to amend the constitution. So they made a coup against the very electoral process they had sponsored. Some of the outraged FIS party leaders and supporters resorted to violence, which the junta brutally repressed in a dirty war. At the edges, FIS had some supporters who had fought the Soviets in Afghanistan and come back, and who even sometimes affected Kabul fashions, being known as “the Afghans.” Some were al-Qaeda. Usama Bin Laden reached out from the Sudan, where he was then in exile, with some monetary support and advice. The radicals took the name Armed Islamic Group (French acronym GIA). They later hijacked a plane in France, and they tried to blow up LAX, the Los Angeles Airport. As for Algeria, it has been a seedy police state for nearly thirty years, intellectually, politically and economically stagnant.

Trump has reduced one of the world’s oldest democracies to producing headlines more suited to a banana republic or a fragile post-Soviet apparatchik state. Luckily for us, our Republic is more resilient than that, and Trump will soon be reduced to a cranky Alex-Jones-style YouTube quack if he doesn’t go to jail when Cyrus Vance, Jr., at the New York state Manhattan prosecutor’s office looks more closely into his shenanigans.

CBS News: “President Trump travels to Georgia to campaign ahead of Senate runoff”