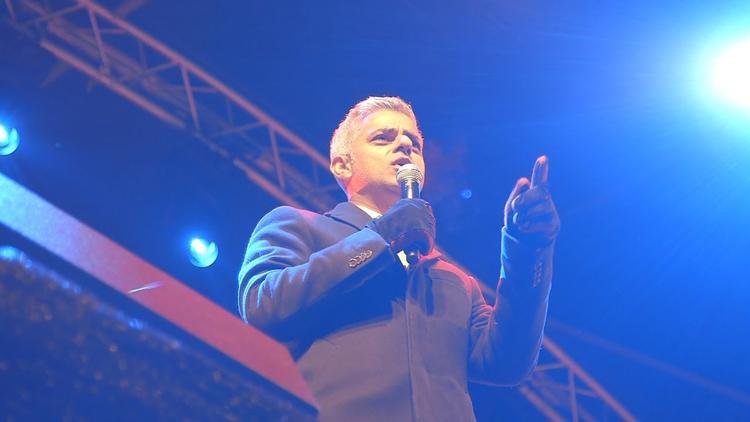 Upcoming elections in the Netherlands and Germany in 2021 will test the strength of the radical right, which has a distinct vision of European identity. In contrast to those who view democratic values as essentially secular and universal, and not tied to specific cultural or religious roots, radical right parties typically say these values are anchored by the heritage of European or western civilisation. And they claim that this heritage is being threatened by non-European cultures, particularly Islamic culture.

My research into the international political world views of radical right parties reveals their widespread references to the “Judeo-Christian” roots of European values. The manifesto of the Alternative for Germany declares that the party:

Opposes Islamic practice which is directed against our liberal-democratic constitutional order, our laws, and the Judeo-Christian and humanist foundations of our culture.

Comparable claims can be found from Marine Le Pen in France and Nigel Farage in the UK.

What do these politicians mean by Judeo-Christian? This term’s definition is fuzzy at best, and historical analysis shows that it has long been used and abused for political ends.

In contrast to ‘godless ideologies’

Though the Jewish roots of Christianity are clear, Jews were pariahs in pre-modern Christian Europe. As Europe gradually left behind the identity of “Christendom” from the 18th century onwards, efforts to make Jews a legitimate part of European society were a political struggle, resisted by religious conservatives and antisemites. In 19th-century Europe, Jews were still commonly grouped with Muslims as non-European “Semites” or “orientals”.

It was in mid-20th century America, especially after the Holocaust, that the idea of the west as Judeo-Christian gained wide acceptance. When President Dwight Eisenhower referred to the Judeo-Christian roots of “our form of government”, he chose words that embraced different Christian denominations and Jews within a shared civic identity – one which contrasted with antisemitic and godless ideologies of fascism and communism.

This relatively benign use of the term – as an inclusive, lowest common denominator reference to the faith-based roots of western values – has since been applied by many mainstream European politicians.

But lately the term Judeo-Christian has been picked up by the radical right to serve a different political agenda. Their intent is seemingly to frame western values in a way that excludes Muslims, while at the same time distancing themselves from politically toxic associations with antisemitism.

Taken up by the radical right

Prior to his murder in 2002, Dutch anti-establishment politician Pim Fortyn was an early European adopter of this usage of the word Judeo-Christian. Exclusionary use of the word has spread as radical right politicians increasingly position themselves not just as defenders of their respective nations, but of European civilisation. Radical right leaders, such as Dutch politician Geert Wilders, claim these are being threatened by mainstream politicians who are “promoting our Islamisation” through multiculturalism and immigration.

Whereas historically the European far right depicted Jews as a threat, many on today’s radical right claim to defend Jews against those they brand Europe’s real antisemites: Muslims.

This remapping of Europe’s cultural boundaries includes a change of view towards Israel. Until recently, Israel was commonly viewed negatively within radical right parties as an arm of malign Jewish and American power. Today, it is common for radical right parties to embrace Israel as Europe’s frontline against radical Islam.

The Israeli prime minister, Benjamin Netanyahu, has at times aligned with this trend by framing Israel as the frontier of Judeo-Christian civilisation against Islamist extremism. In 2017 he told European leaders: “We are part of the European culture … Europe ends in Israel.”

The political scientist Samuel Huntington claimed in 1993 that a “clash of civilisations” was inevitable between Islam and the west. But his critics argue persuasively that civilisations evolve, and civilisational identities serve political agendas. Defining the west as Judeo-Christian, and in inevitable tension with Islam, is a clear political choice.

Many Muslims may face challenges reconciling their faith with pluralistic European society. But the faith of Muslims does not determine their attitude towards liberalism, just as the faith of Jews or Christians does not. If in doubt, watch how mayor of London and practising Muslim, Sadiq Khan, celebrated Chanukah with London’s Jews in Trafalgar Square.

London Mayor Sadiq Khan speaks at Chanukah in the Square 2017

European countries with growing Muslim minorities are facing challenges with radicalisation. How politicians talk about European values in these places matters. The radical right claim that Europe’s Judeo-Christian values are incompatible with Islam reinforces the parallel claim of Islamists, who seek to persuade Muslims that the west and Islam are inherently in conflict.

In the Arab world there are new attempts to counter this ideology and highlight commonality between western and Islamic traditions.

In September 2020, the United Arab Emirates and Bahrain signed historic peace agreements with Israel. These agreements are easily explained by strategic motivations, not least Arab concerns about the threat of Iran. But it was notable that the agreements were branded in religious-cultural terms as the “Abraham Accords”.

This fits a wider agenda of the UAE, which announced plans in 2019 to build an interfaith Abrahamic Family House including monumental church, mosque and synagogue buildings. The country is choosing to emphasise cultural commonality between Judaism, Christianity and Islam, symbolised by Abraham who is revered by all three faiths.

It no doubt hopes this will boost their image in the west. But the move also counters the Islamist idea that the west and its culture is toxic to Islam, a claim that undermines the legitimacy of Gulf leaders who depend on US support and seek closer ties with Israel.

Framing Jews, Christians and Muslims as part of an Abrahamic family is no less a political choice than framing Judeo-Christian and Islamic civilisations as being in conflict.

But Arab attempts to build an Abrahamic narrative may challenge not only the anti-western agenda of Islamist extremists, but also European politicians who frame Muslims as inherently anti-western, antisemitic and threatening. It may present an opportunity to Europeans seeking to strengthen inclusive and pluralistic narratives of western identity, and counter Islamist radicalisation.