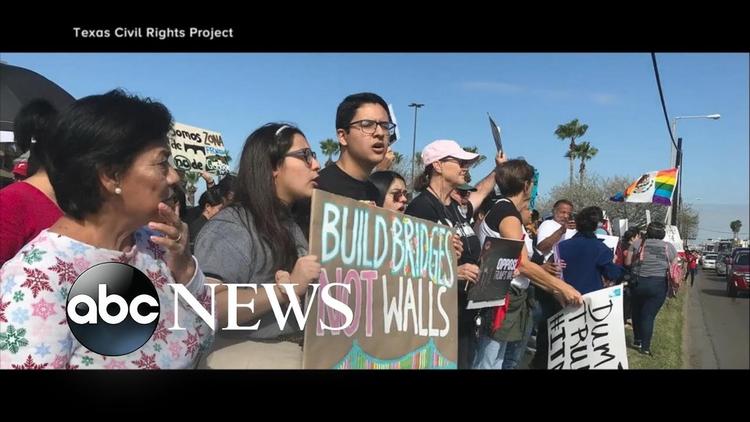 ( Cronkite News) – WASHINGTON – President-elect Joe Biden has promised to roll back many of the Trump administration’s restrictive immigration policies when he takes office next month.

He’s got his work cut out for him.

While President Donald Trump’s signature – and likely most enduring – immigration policy is the still-in-progress southern border wall, he has touched virtually every part of the immigration issue, beginning with day one of his presidency four years ago.

“They have entirely shut down the southern border, they have revitalized interior enforcement, they have sped up the immigration courts and increased the number of deportation orders they issue,” Pierce said.

“They’ve tightened the legal immigration system and generally made life really uncomfortable for both legal and illegal immigrants in the United States,” she said.

But many of Trump’s plans have been blocked by courts, and others are vulnerable to being reversed by executive order or shifts in agency policy – because that’s how many of them were enacted by the current administration.

Biden said during his campaign that he would target many of those policies with his own executive orders, raising the cap on the number of refugees the U.S. will accept in a year, reversing the “Muslim ban” that severely limited immigrants from largely Islamic countries and ending the national emergency declaration that allowed construction of the border wall.

Biden has also said he will push Congress for comprehensive immigration reform legislation that could include a pathway to citizenship for the estimated 11 million undocumented immigrants in the U.S. and would codify the Deferred Action for Childhood Arrivals program in law.

More than 400 miles of southern border wall may be the most lasting legacy of President Donald Trump’s immigration policies. (Photo by Robert DeDeaux/U.S. Army Corps of Engineers)

DACA, which was enacted through a memo by President Barack Obama, was one of Trump’s first targets. But Trump’s efforts to overturn it have been blocked by courts so far.

For immigration advocates like Jose Patiño, undoing the past four years of a Trump presidency is just the first step toward a return to normal. The ultimate goal is sweeping immigration reform.

Patiño, the policy director at the community group Aliento, acknowledges that the White House can only do so much. Voters must continue to pressure politicians to get the policy outcomes they want.

“There’s a lot of distractions out there,” Patiño said. “If we don’t work year-round educating people about the importance of elections and voting … it’s likely they’ll go back to sleep.”

Patiño welcomes Biden’s pledge to send Congress comprehensive immigration reform legislation on Day 1 of his presidency, but he recognizes that introducing bills and getting them through what could still be a GOP-controlled Senate are two different things.

“I don’t know if we’re going to be able to get any legislation like that,” he said.

And immigration will not be the only challenge the incoming administration will have to grapple with.

Biden said in November that his top priority will be the COVID-19 pandemic and the damage it has done to the economy. That was at the start of the latest surge, which has seen the number of daily confirmed cases top

The pandemic, and its toll on schools and businesses, has hammered the economy. An estimated 280,541 people were unemployed in Arizona in November, according to Bureau of Labor Statistics data, an unemployment rate of 7.8% – down from the high of 13.4% in April, but still one of the highest rates since 2012.

Even if Biden is able to change immigration policy through executive orders, memos and regulation, “much of Biden’s early political capital may be invested outside the immigration realm,” an MPI report said.

Migrant families are crowded into a Border Patrol detention facility in McAllen, Texas, in this 2019 photo. Facility overcrowding and family separations were among the criticisms of Trump administration handling of immigrants. (Photo by Office of Inspector General/Department of Homeland Security)

“What they are able to get done will depend on how easy each action is,” Pierce said. “So if there’s actions on his list that require minimal procedures and minimal logistical challenges, I think those are the items that are going to be ticked off.”

One thing he can halt, but not likely reverse, is Trump’s signature border wall.

“Obviously, he (Trump) has left his mark,” said Ira Mehlman, a spokesman for the Federation for American Immigration Reform, which supports tougher immigration policy. “He has constructed – by the time he leaves office – there’ll be approximately 450 miles of new border fencing constructed.”

Trump has also limited guest workers as immigrants and brokered deals with neighboring countries to hold migrants seeking asylum in the United States, Mehlman said. If Biden rescinds all those things, it may invite unqualified immigrants to enter the country and create chaos at the border, he said.

Mehlman said the Biden administration’s pro-immigrant stance may cause policy changes to the detriment of American workers struggling to find jobs in a pandemic-riddled economy.

“I think a lot of people are going to breathe a big sigh of relief, especially immigrants in the United States,” she said.

Pierce is confident that Biden will be able to do much, and quickly, since “A lot of Biden’s policies, many of which are focused on undoing Trump, can be done via executive authority.” The bigger problem, she said “is going to be bandwidth.” She compared the Biden agenda to Thanksgiving dinner: COVID-19 would be the turkey, climate action the potatoes, health care is the stuffing, and immigration might be the green beans.

The Biden administration “might not be able to get a lot done to move the system forward, but at the very least, it’ll stop the cascade of restrictive changes being put in place,” Pierce said.

Chase Hunter is an Arizona native who expects to graduate in May 2021 with a bachelor’s degree in journalism and a minor in philosophy. Hunter has worked at an award-winning school newspaper, interned at the Arizona Republic and contributed to a documentary for the Cronkite School.

ABC News: “America in Transition: How Biden will tackle Immigration”