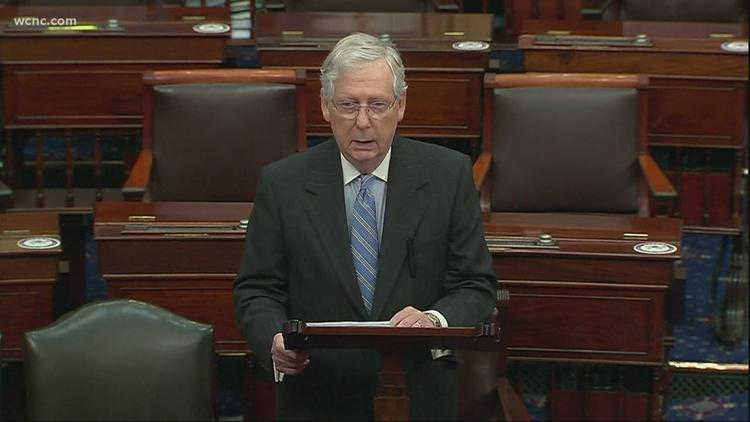 Why can’t our political leaders learn to live with success? In an era marked by cynicism about politics both parties managed to enact an initial COVID-19 relief package that if anything exceeded expectations. Last June Jason DeParle, summarized academic research on this act by quoting Columbia University’s Zachary Parolin:

“Right now, the safety net is doing what it’s supposed to do for most families — helping them secure a minimally decent life. Given the magnitude of the employment loss, this is really remarkable”

Writing in the Atlantic, Amanda Mull explains why Congress has been unable simply to extend the relief package. In the midst of a deadly virus, the people they govern would generally be better served if they got to stay home, stay safe, and not worry about their bills. To govern, though, leaders also need to placate local business groups, whose businesses have cratered, and have been vocal about their desire to see people go back to their jobs and pay their rent on time and in full. However effective these kinds of robust monetary programs may be at keeping people fed, housed, and safe, they are generally not in line with the larger project of the American political establishment, as Mull observed, “If you make people safe and comfortable at home, it might be harder to make them risk their lives for minimum wage at McDonald’s during a pandemic.”

Mull’s analysis reminds me of Mical Kalecki’s famous warning about the incompatibility of full employment and a capitalist economy. Management loses control over workers and the ability to set larger corporate agendas when workers know they can get comparable work if they are fired, Declines in workplace productivity and profits may follow. Welcome to seventies era stagflation.

The public goods and public sector spending that increases employment opportunities are attacked not only because they take away some profit making opportunities but also because they often emerge from and strengthen ties across ethnic and generational boundaries..

Opposition to relief or stimulus packages is seldom vocalized in Kalecki’s terms. More frequently the dangers purportedly imposed by a growing federal debt are cited, with the cure always seeming to be reductions in public spending rather than new taxes. Those fears in turn are often grounded in the old canard about the burdens imposed on future generations and/or “crowding out” possible corporate investments. Both concerns are misplaced and disingenuous in most cases. Bonds issued by the Federal government are another citizen’s assets. The public debt may have distributional consequences but bankruptcy is not possible. As for crowding out, interest rate are historically low. Capital markets are begging for public investment.

With regards to the burdens imposed on future generations, our deregulated and increasingly privatized political economy is doing a shameful job on current elders. Private for profit long term care facilities have been understaffed and poorly maintained. An investigation of long-term care facilities in Connecticut, the results of which were published in August, lent credence to that hypothesis. According to the study, “For-profit nursing homes had about 60% more cases and deaths per licensed bed than nonprofit ones,” while “larger facilities were hit harder than smaller ones, and… homes serving as part of a chain had worse outcomes,” as Reuters reported at the time.

It is well past due to build on the success of the first CARES package. The scaled down version now being negotiated by the Senate majority leader and the Treasury Secretary is better than nothing but is far short of even the first measure. The longer food and housing insecurity continue the greater the damage. Hungry children don’t do well in school. In the short term funding along the lines of that first package should be supplemented by expansion of rental assistance and broader access to SNAP (Food Stamps). Charity directed food banks doubtless have saved some from starvation, but they lack the infrastructure and resources to handle the scope of the present need.

In the longer term, if the current model of capitalism is incompatible with the guarantee of quality jobs, it is time to talk about alternatives that provide workers more leverage within labor markets and a broader voce in compensation and investment decisions.