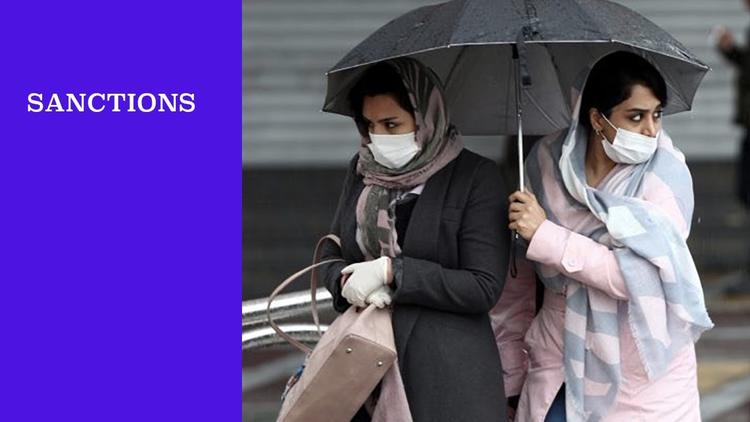 Ann Arbor (Informed Comment) – The US financial and trade blockade of Iran, which has strangled its economy, has also taken a heavy toll on the country’s coronavirus response.

Nick Paton Walsh, Jo Shelley, Ramin Mostaghim and Scott McWhinnie at CNN did a great story on this heartrending travesty.

‘Retired teacher Khalif Farahani struggles to speak, but his emotions pierce the breathlessness of the virus’s impact on his lungs. “Sanctions, it is cruelty (from) America”, he said. He caught the virus on a park excursion, he added, but even in this condition is “better than before.”‘

Iran suffers the worst pandemic outbreak in the Middle East. IRNA reports that 323 patients died of COVID-19 on Thursday, bringing the number of confirmed deaths from this disease in the country to 51,212. Iran, a country of 82 million, has recorded over a million infections. The health ministry is instructing people to wear a mask when shopping in bakeries, and to be careful to wash their hands thoroughly on returning home before handling the bread.

Since Iran has a population 1/4 the size of the US, it has had the US equivalent of 204,848 deaths, about a third less, proportionally, than the US toll. Iran may not be getting as accurate a count as the US does. But it is also true that the Iranian population is substantially younger (mean age 32) than that of the US (mean age 38), and many statistically young countries have had less virulent outbreaks. Iran is nevertheless almost as badly hit as the US with regard to deaths, possibly because of the difficulties it has had in importing equipment like ventilators, and medicines.

Iranian families who need to buy medicines also face difficulty in just affording them, since the US has prevented Iran from engaging in international trade, thus plunging formerly middle class people into poverty.

I have argued that the Trump administration missed a significant opportunity for diplomacy with Iran when it doubled down on sanctions this year despite the pandemic.

The smarmy blowhard Mike Pompeo, the departing secretary of state, has repeatedly denied that the US has interfered with the importation of medicines and medical equipment such as ventilators.

Pompeo is lying. (You can tell, since he is speaking).

In September of 2019, Steven Mnuchin, Trump’s secretary of the treasury, placed sanctions on Iran’s national bank, the Bank-e Markazi. At the Just Security site based at the Reiss Center on Law and Security at New York University School of Law, Shahrzad Noorbaloochi, an attorney practicing federal regulatory and compliance law, predicted that these new financial sector sanctions would eviscerate humanitarian trade with Iran. She was right.

The measure threatened anyone who so much as used an Iranian bank to send money to Iran for any purpose with heavy third-party sanctions. So if you were a small charity trying to buy personal protective equipment for Iranian nurses, how would you get the money there? You’d have to send a wire, and at some point the wire would go through the National Bank in Tehran, and at that point the men with the black shiny shoes could suddenly show up and ship you to Guantanamo as a material supporter of terrorism.

And they are killing some of them.

The Michael Brooks Show: “US Sanctions Are Stopping Iran From Getting Aid (TMBS 138)” [happy trails, Michael..]

Golnar Motavalli at Bloomberg reports that Iranian health minister Saeed Namaki said that the problems with Iran importing a vaccine now that they are becoming available is now finally easing. The World Health Organization and the Vaccine Alliance run a COVAX payment mechanism that Iran could ideally use to buy vaccines. It has finally been granted a waiver by the US Treasury Department so I guess they are more confident they won’t go to jail for accepting funds from the Iranian central bank.

She quotes Iranian president Hassan Rouhani as saying, “Our people have to know that any action that we want to take, whether its medicine imports, equipment imports or vaccine imports, we have to curse Trump 100 times at the same time . . . Today it takes weeks or sometimes months — and the entire country is held up — just so that we can send some money somewhere so that we can buy medicines.”

Rouhani doesn’t know that the Trump administration did not have any mercy on the American public, either.