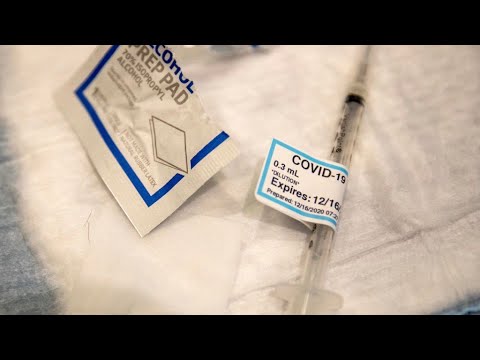 ( Otherwords.org ) – With the new COVID-19 vaccine available, Dr. Anthony Fauci says Americans can begin to achieve herd immunity by next summer. Herd immunity occurs when so many people are immune to the virus that it can’t spread, because an infected person won’t have anyone left to spread it to.

Yet as of November, four in ten Americans said they definitely or probably won’t get the vaccine (although about half of that group said they would consider it once a vaccine became available and they could get more information about it).

Why, after living in quarantine for nine months while the economy and our mental health crashes around us, after over 300,000 Americans are dead, is getting the vaccine even a question?

There are two ways to approach this question. The first is to dismiss it: Call vaccine skeptics derogatory names, post memes on social media about how stupid they are, and make rules requiring the vaccine.

The second way to approach the question is to try to understand vaccine skepticism in order to address Americans’ concerns.

Sociologist Jennifer Reich tied vaccine refusal to messages that treat health like a personal project, in which consumers must exercise their own discretion, and a culture of individualism in a world where there is not enough of anything to go around — jobs, money, health care, etc.

In this view, everyone must look out for themselves so they can get ahead, and that’s more important than doing your part to achieve herd immunity for our collective wellbeing.

Reich’s research on anti-vaxxers comes from before the current pandemic. She studied parents who refused to vaccinate their children for preventable diseases like measles. But it’s still worth considering in this new context. Reich believes it is unsurprising that some people do treat vaccines like a consumer choice and disregard that when they decline a vaccine, they endanger others too.

Another take on COVID vaccine refusal comes from Zakiya Whatley and Titilayo Shodiya, who are both women of color with PhDs in natural sciences. They focus on Black, Latinx, and indigenous communities, who often distrust doctors. Their suspicion is not unfounded, given how much racism in medicine has harmed people of color, historically and in the present.

Scientists hold the power to define what is true and what is not in a way that non-scientists do not. Consider the power relations within medicine: When a patient goes to the doctor because they are ill, the doctor assesses their symptoms, makes a diagnosis, and prescribes a treatment.

Scientists determine what is recognized as a diagnosis and which treatments are available. Powerful financial interests (like pharmaceutical and insurance companies) play a major role too. The patient’s power is more limited: they can look up their symptoms on WebMD, accept or refuse the treatment prescribed, or go to a different doctor.

Sometimes lay people react to being on the less powerful end of the relationship by simply refusing to believe scientists. They might resist by embracing conspiracy theories or “barstool biology” that uses the language of science but not the scientific method.

Natural scientists have done their part by creating vaccines that are safe and highly effective. To get people to take the vaccine, we need social science. We must learn how to rebuild trust with people who have lost it. And we will do that by listening to them and understanding them, not by calling them stupid.