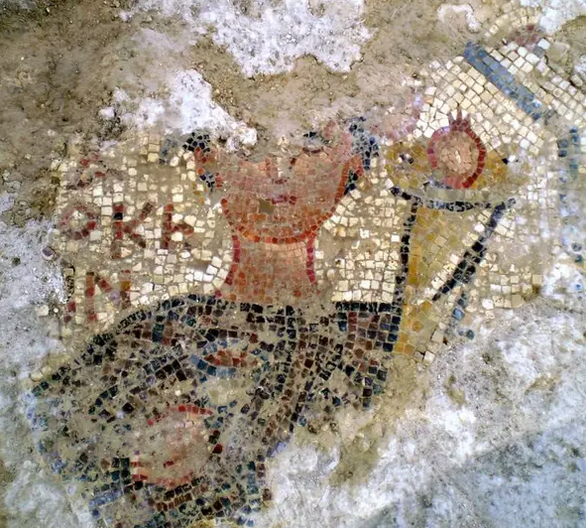 Ann Arbor (Informed Comment) – Israeli archeologists have made two extremely important finds recently that have implications for our image of early Islam.

Katia Cytryn-Silverman, an Israeli archeologist at the Hebrew University of Jerusalem, has concluded that the remains of a mosque in Tiberias, on the western shores of the Sea of Galilee, is seventh century and may go back to 635 when it was founded by an early Muslim companion of the Prophet who helped lead the conquest of Palestine, Shurahbil ibn Hasana.

In any case, it goes back to at least 670, she says, according to Ilan Ben Zion of the Associated Press. 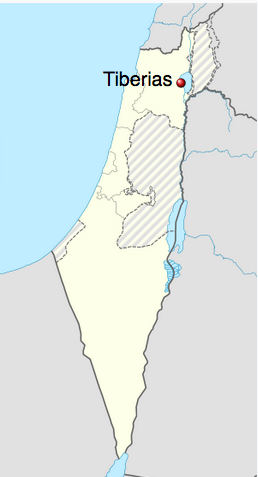 This is the thing to underline: Tiberias was not damaged by the Arab Muslim conquest. A huge Christian church remained the biggest building for decades, dwarfing the humble mosque. Ben Zion quotes her as saying, “At least until the monumental mosque was erected in the 8th century, the church continued being the main building in Tiberias.”

He writes, “She says this supports the idea that the early Muslim rulers — who governed an overwhelmingly non-Muslim population — adopted a tolerant approach toward other faiths, allowing a “golden age” of coexistence.”

According to the AP article, Professor Cytryn-Silverman said,

“You see that the beginning of the Islamic rule here respected very much the population that was the main population of the city: Christians, Jews, Samaritans . . . They were not in a hurry to make their presence expressed into buildings. They were not destroying others’ houses of prayers, but they were actually fitting themselves into the societies that they now were the leaders of.”

By the way, there is also no evidence for Muslim Arab forces wreaking destruction on Damascus, Homs, or other cities. Some think they were hard on Caesarea Maritima over on the Mediterranean coast. But it turns out there was an enormous tsunami there in 551, and it likely was already a shadow of its former self in the 630s.

The ecumenical Muslim treatment of largely Christian Tiberias, which also had a significant Jewish community and synagogues, contrasts with their predecessors, the Zoroastrian Iranian troops of the Sasanian Empire, who took the region in the 610s.

Because of road building in northern Israel, Haaretz reported last summer, archeologists discovered the ruins of Pi Metzuba, a Christian town of the Eastern Roman Empire. One large villa owned by a notable family had a fine mosaic, in which Greek letters are visible as well as a depiction of Tyche, the goddess of fortune, whose iconography Christians adopted as a symbol of urban pride. Coins found on the floor show it was built around 600.

Credit: Howard Smithline on behalf of the Israel Antiquities Authority.

In 610-614 the armies of the Iranian monarch Khosrow II of the Sasanian Empire, invaded Syria and the provinces of Palestine, taking them away from eastern Roman emperor Heraclius. It was the first time the Romans lost the Levant since they had taken it

The archeologists discovered that Pi Metzuba was destroyed by the Iranian army around 613. And it wasn’t the only small town to be razed.

Gilad Cinamon, the Israeli Antiquities Authority archaeologist who directed the dig, said that out of 140 eastern Roman settlements in the Galilee, the Iranian invaders destroyed 60 of them.

So here is the thing. Archeologists can tell when they dig down to the Iranian conquest. There is a lot of destruction and violence. It wasn’t as bad as Christian chroniclers and monks alleged. But it was bad.

Christian accounts of the Iranian conquest are full of dire statistics. 70,000 people, they said, were killed in Jerusalem. The city was burned to the ground, churches destroyed. Thousands of artisans were deported to Iran to work for the Shah. But given the size of cities in the 600s AD, it is a little unlikely there were more than 70,000 inhabitants of Jerusalem. Israeli archeologists dug down to that level and found that while there was some damage and some loss of life, it was a fraction of what the Christian accounts alleged.

It was around 613 that later sources allege Muhammad started preaching in Mecca, hundreds of miles south. (Think, Santa Fe on the Santa Fe trail up to Missouri, with Missouri as Palestine). The scripture Muhammad brought, the Qur’an, shows distress at the defeat of the eastern Romans by Iran in 613-614: ”

“Rome lies vanquished in the nearest province. But in the wake of their defeat, they will triumph after a few years. Before and after, it is God who is in command. On that day, the believers will rejoice in the victory of God; he causes to triumph whomever he will, and he is the Mighty, the Merciful. It is the promise of God; God does not break his promises, but most people do not know it.” (Rome 30:1-6).

The verse suggests that Muhammad and his early community sided with the eastern Roman empire against the Sasanian Iranians. I think it was because he saw the Sasanians as aggressors. Also, Jews and Christians are called in the Qur’an “people of the book” and promised salvation if they behave themselves, as fellow monotheists (Q. 2:62).

In fact, in his Muhammad and the Believers the great historian Fred Donner at the University of Chicago argued that Muhammad’s movement was an ecumenical one of believers in the new scripture, Jews and Christians who were allies of one another.

I accepted Donner’s findings in my own book on this period,

The Iranians were forced out of Egypt and the Levant by early 630 and eastern Roman rule was restored. Heraclius made a pilgrimage to Jerusalem, celebrating its return to Christian from Zoroastrian hands.

Unfortunately for Heraclius, in the mid-630s, Arabic-speaking Muslims took over Syria and the Palestines, defeating his armies at Yarmouk.

Again, just as they did with the Zoroastrian armies of Sasanian Iran, the Christian monks alleged death and destruction of churches and other buildings on the part of the Muslims.

But that kind of thing just does not show up in the archeological record. There may have been deaths. War is hell. But razed cities, there for the most part don’t seem to be.

Israeli archeologist Cinammon told Haaretz, ““The Islamic conquest was not involved in any destruction, as they were well aware of the economic value of the agricultural hinterland in this area” (i.e. Galilee).

And what Professor Cytryn-Silverman has found out about early Muslim-ruled Tiberias vindicates Fred Donner’s view that early Islam was ecumenical and relatively tolerant.

By the way, the eastern Roman Empire was not tolerant or ecumenical. It is alleged that Heraclius, on taking back Palestine, wanted to make all the Jews convert to Christianity because he was angry that some of them had sided with Iran. One of his predecessors, the Christian emperor Maurice, had pagans in Harran thrown to the lions. The Arab Muslim empire, like all empires, was spread by the sword. Islam as a religion? No.