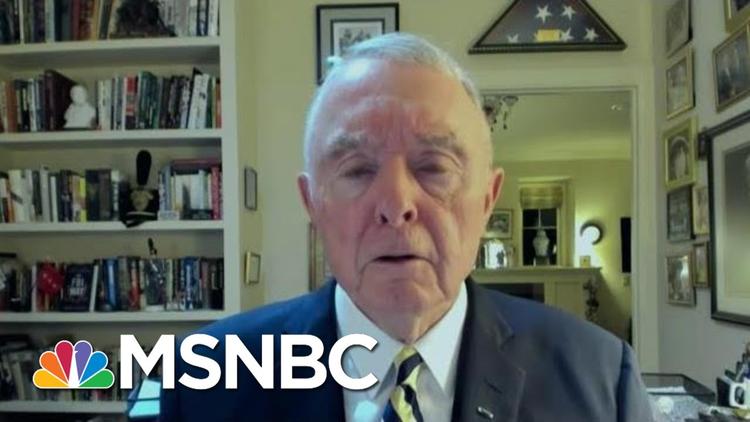 Ann Arbor (Informed Comment) – Wednesday 1/6 was clearly an attempted coup on Trump’s part. There is some controversy about this, depending on how analysts define a “coup.” It was of course not a successful coup d’état inasmuch as it failed to overturn the government or even to permanently install an elected president as an emperor for life. But that it was an attempted coup seems to me clear.

Trump had a three prong strategy to overturn the election of Biden. Part 1 was a propaganda campaign maintaining that he had won the election and it was stolen from him by irregularities in the swing states of Arizona, Pennsylvania, Michigan and Georgia. In all those states, minorities, coded by Trump and Trumpies as not real Americans, provided the margin of victory to Biden. The claim of electoral fraud was therefore in part a racist dog whistle.

Trump spread around his propaganda that Biden actually lost with his vast and effective communications machine. He reached his 70 million myrmidons on Twitter directly and frequently. He gave televised speeches carried on mass media like CNN in which he said he had won by a landslide. CNN tried to contextualize the lie, but video of a president speaking is more powerful than the tut-tutting of television reporters. The fascist media put in his service by the billionaires whose taxes he cut– Breitbart, Newsmax, Fox News, OAN all cast doubt on Biden’s legitimacy. Much of the Republican Party state and national leadership adopted Trump’s Big Lie, including House Minority Leader Kevin McCarthy and over 140 members of Congress. Even non-crazy Republicans adopted the mantra of irregularities, as in Pennsylvania, questioning the ruling of that state’s Supreme Court. You can argue the court made a bad ruling. You can’t argue that its ruling is not the law of the land.

The propaganda campaign was so successful that half of Republicans believe the big lie, some 23 million people, nearly the population of all of Australia.

It is a terrifying success, that Trump could hypnotize a population the size of the fifth continent into fervently believing a rank falsehood without a shred of truth to it.

Part II of the coup was to threaten, browbeat, and menace Republican officials in the four swing states into refusing to certify the Biden win. Monica Palmer and William Hartman, the two Republican canvassers for Wayne County in Michigan, initially refused to certify the results, in accordance with Trump’s wish, threatening to hold up the declaration of Biden’s win there. Only a massive public outcry made them back down. Trump then called Republicans from the Michigan state legislature to the White House for consultations, urging them to refuse to certify Biden. Trump repeatedly called the Georgia secretary of state, Brad Raffensperger, and other officials in that state, using organized-crime code words to intimate that something bad would happen to them if they didn’t “find” the 11,000-some votes he needed to beat Biden. Raffensperger, to protect himself from any Trump retaliation, made and released a tape of the threatening conversation.

When the Republican state officials and legislators defied Trump and certified Biden’s election, Trump turned his attention to Congress. He worked the phones like a maniac, cajoling and threatening. He menaced any senators or congressmen who refused to vote against certifying the state tallies in the four swing states with being primaried. He told Kelly Loeffler, a Republican candidate for the senate in Georgia, that he would “do a number on her” if she didn’t reject Biden’s win in her state.

Trump’s scenario appears to have been this: Enough Republicans in the House and the Senate would reject the results in the four swing states to raise serious questions about a Biden win. Then Mike Pence, the president of the senate, would use this substantial dissent about the results to cast doubt on the results. Trump crony Michael Flynn suggested that Trump at that point use the military to “rerun the election,” according to the NYT. It became clear to Trump, however, that Pence would not play ball, and that he could only count on twelve Republican senators to try to overturn Biden’s election. He needed some way of applying even more pressure or of sowing enough turmoil to create an opening for some sort of decisive action on his part.

Part 3 of the coup attempt was to put pressure on Congress to challenge the Biden win through a massive rally of the far Right before the Capitol on January 6. Trump called for the rally, and came to address it in the late morning. Although he urged them to be peaceful, he did say “We fight like hell, and if you don’t fight like hell, you’re not going to have a country anymore.”

Trump had done a dry run for this mob action in Michigan. When, last spring, Gov. Gretchen Whitmer imposed an economic lockdown to combat the rapid spread of the coronavirus, Trump tweeted out “LIBERATE MICHIGAN.” In response, an assemblage of white supremacists, conspiracy theorists, gun nuts and restaurateurs (!?) showed up at the state capitol in Lansing. Guess what? They invaded the statehouse and the lawmakers had to suspend their work that day. Trump’s attacks on Whitmer also had the effect of encouraging a far right domestic terror cell to make a plan to kidnap and possibly kill her.

With the Michigan example before him, it is impossible that Trump was unaware that his dog whistles to the far right, his demonization of leaders who defied him, could produce violence.

The mob of black shirts he assembled was intended to intimidate Pence and the legislators and to create chaos, of which he clearly thought he could take advantage. He used them to make clear to the Republican senators and representatives that the party faithful (the QAnon/ white supremacist mob) would not put up with anything else and that not only their careers but their very lives hung in the balance. Hence his glee when the Capitol was invaded.

Elements of the mob who invaded the Capitol were chanting “Hang Mike Pence,” and others wanted to get Nancy Pelosi. The politicians were in real danger, and it was only the efficiency of the Capitol police in whisking them away to safe rooms or the basement that saved their lives. Had Pence or Pelosi been kidnapped, wounded or killed, it would have halted the Biden certification process for some time, giving Trump the opportunity to find a way to remain in office. It is not that Trump himself urged or planned the breach of the Capitol or the infliction of harm on the legislators, it is that he was attempting to create an unnamed chaos, which he viewed as advantageous to his efforts to remain in office.

The unusual lightness of the police presence in DC compared to all the other demonstrations held in the past year raises questions about whether Trump’s security officials were attempting to make sure the mob was not interfered with. Gov. Larry Hogan said that it took 90 minutes for the Pentagon to give him permission to send in the Maryland National Guard once he asked. This was at a time when thugs were roaming the Capitol chanting “Hang Mike Pence.” An hour and a half response time seems a little slow under the circumstances.

It was a coup attempt of sorts. It reminds me of the much more successful 1953 CIA coup against Prime Minister Mohammad Mosaddegh in Iran. CIA field officer Kermit Roosevelt bought mobs with millions of dollars in the capital to intimidate parliament and encourage anti-democratic forces to depose the prime minister.

Trump’s was a crackpot conspiracy-theory coup attempt, though. It was never plausible except in very fevered minds like those of Trump, Alex Jones and other exotic flora and fauna. But over 140 congressmen and 8 senators did join the attempt to overturn the election even after the mob tried to kill or kidnap them, which means it wasn’t as implausible as I wish it was. And the buy-in Trump has in the Republican Party for this coup attempt signals severe trouble ahead.

Gen. McCaffrey: A Coup Led By Trump Against The Constitution | Morning Joe | MSNBC