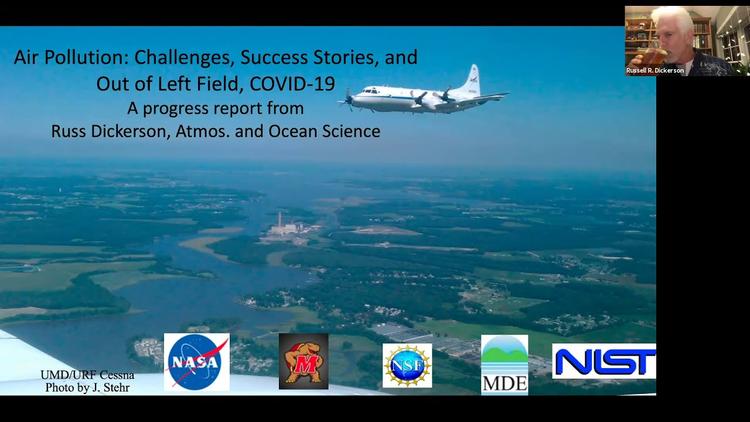 ( Middle East Monitor ) – One of the enduring images of 2020, the year of the pandemic, has been the sight of people connected to ventilators in hospitals. It is an image that helped us realise the importance of being able to breathe. Many have died because they could not sustain normal breathing, even the very young.

The tragic case of nine-year-old Ella Kissi-Debrah, who lived in southeast London, stands out as a tragic reminder of the consequences of air pollution. Ella lived near one of the UK capital’s busiest roads; she died from asthma. A landmark coroner’s ruling cited air pollution as the cause of her death. Ella is believed to be the first person in the world to have air pollution listed as a cause of death. During the course of her illness, between 2010 and 2013, Ella was exposed to levels of nitrogen dioxide and particulate matter in excess of World Health Organisation (WHO) guidelines.

Still, even with COVID-19, there’s a widespread lack of understanding about the damage that air pollution can have on people of all ages.

According to the European Society of Cardiology (ESC), long-term exposure to air pollution has been linked to an increased risk of dying from COVID-19, and for the first time, one study has estimated the proportion of deaths from the coronavirus that could be attributed to the worsening effects of air pollution.

The study, published in Cardiovascular Research in October, estimated that about 15 per cent of worldwide deaths from COVID-19 could be attributed to long-term exposure to air pollution.

In Europe, the proportion was about 19 per cent, in North America it was 17 per cent, and in East Asia about 27 per cent.

The recent US election has shown that “sustainability” is not only an environmental issue. It is believed that the lack of sustainability on COVID-19 led to President Trump’s defeat. One study on the COVID-19 pandemic and the 2020 US presidential election argued that Trump could likely have been re-elected if COVID-19 cases had been between five and ten per cent lower.

If you cannot save people’s lives with sustainable projects, the public is not going to vote for you. The elections in 2020 have shown us how health issues and COVID-19 can affect their results.

Since the beginning of the pandemic, the president himself refused to follow basic health guidelines at the White House, which is now at the centre of an ongoing outbreak.

When the Trump administration objected to provisions in a draft proposal, including allocating $25 billion to testing and contact tracing, the US public decided to change its mind. Therefore, COVID-19 was among the reasons why Trump lost the presidential election to his rival Joe Biden. According to Nature Magazine, as he sought re-election on 3 November, Trump’s actions in the face of COVID-19 are just one example of the damage he has inflicted on science and its institutions over the past four years, with grave repercussions on lives and livelihoods.

“The president and his appointees have also back-pedalled on efforts to curb greenhouse-gas emissions, weakened rules limiting pollution and diminished the role of science at the US Environmental Protection Agency (EPA),” cited Nature Magazine.

For example, in 2017, when Trump moved to withdraw from the Paris Agreement on climate change, it signalled less US leadership in international climate change agreements.

Also, by closing the nation’s doors to many visitors and non-European immigrants, Trump also made the US less inviting to international students and researchers. By demonising international associations such as the World Health Organisation and the United Nations, Trump weakened the US’ ability to respond to global crises, isolated the country’s science and weakened the country’s scientific soft power.

Turning a blind eye to the reality of the Covid pandemic, and suggesting that the virus might have originated in a laboratory in Wuhan, surely did not help Trump win a second term. He failed to realise that when it comes to public health, sustainable policies always win the voters’ hearts.