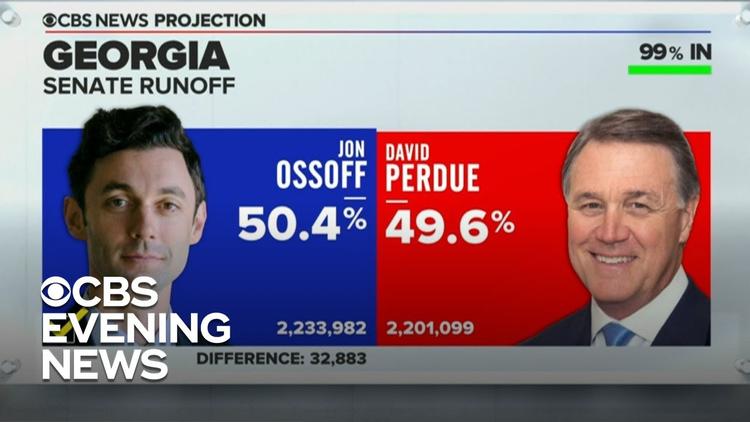 Chicago (Special to Informed Comment) – The shocking Democratic sweep of Georgia’s double-barrel Senate runoffs, and the promise of unified Democratic control in D.C. for the first time in decade, should instantly reinvigorate an intra-party debate that had been shelved since the relatively disappointing results of the November 3rd general election: to escalate or not to escalate?

While some moderates wouldn’t even commit to eliminating the Senate’s filibuster rule before the election, the last two months of Trump-led authoritarian buffoonery and homicidal COVID dithering should have underscored the need for Democrats to take immediate, radical action on multiple fronts to shore up American democracy. And yesterday’s storming and occupation of the Capitol building by white nationalist insurrectionists at the behest of the treasonous President Trump really should put the whole debate to rest.

In the fall, when President Trump trailed many public opinion polls by 10 points or more and it looked like Democrats could net 6 seats in the Senate, partisans wanted payback for a decade of mirthless Republican hardball: eliminate the Senate’s filibuster rule, add seats to the Supreme Court, invite new left-leaning states into the union and more, all in the service of pursuing an aggressive progressive policy agenda and protecting it from the inevitable assault in the courts.

Such transformative plans for table-turning felt like sad delusions by the morning of November 4th. The polls had once again underestimated Trump by several points and Democrats lost a series of winnable senate races, including in Maine, where incumbent Republican Susan Collins trounced her Democratic challenger by 9 points and outran the president there by a staggering 18 points. Those of us who had been dreaming of a long-overdue overhaul of the U.S. political system were forced to accept the overwhelming likelihood that Joe Biden would face a hostile Republican senate, achieving what he could via executive orders and whatever his relationships with senior Republicans could produce in the way of compromise legislation.

It felt like moving out of a house and into a sad little studio apartment. That melancholy should all be out the window now. The Biden administration will preside over the first unified Democratic government in a decade. And while all the pre-existing arguments for procedural escalation are still valid, the GOP has done its malevolent best over the past two months to create new ones, its leadership behaving so grotesquely that even moderates like Joe Manchin (D-W.Va.) and Kyrsten Sinema (D.-Ariz.) might recognize the need for retaliation.

Embed from Getty Images
“Georgia Republican House candidate Marjorie Taylor Greene and Sen. Kelly Loeffler (R-GA) arrive at a press conference in a Humvee . . . Greene has been the subject of some controversy recently due to her support for the right-wing conspiracy group QAnon. (Photo by Dustin Chambers/Getty Images).”

The threat to American democracy, before this year, was a built-in unfairness working against the country’s center-left coalition, exacerbated by the deliberate normative and legal warfare waged by the Republican Party for more than two decades. The result was a gathering crisis of democratic legitimacy, as institutions failed to translate majority sentiment into majority rule, and policy stasis at the national level so destructive that multiple looming national problems went blithely unaddressed by our elites.

Yet the situation is now even more urgent. The Republican Party is in the late stages of being conquered by dangerous, unapologetic authoritarians. These are not the faux-genteel top-down class warriors who brought us Bush v. Gore, Voter ID laws and a hard-right Supreme Court while still adhering to the rhetoric of democracy. Those people were odious, but at least they accepted the occasional defeat within the counter-majoritarian parameters of the system. The institutional GOP now belongs to aspiring tyrants like Missouri Sen. Josh Hawley, unhinged conspiracy theorists like Georgia Rep. Marjorie Taylor Greene, and of course to the wastrel Trump family itself. The relatively subtle sabotage of democracy has been replaced by open warfare, and the party’s brightest stars no longer believe that Democrats have the right to govern after winning elections. They prefer autocracy to the peaceful transfer of power.

Their plot to steal the election will fail, but just barely so. A handful of state and local Republican officials refused to play their role in Trump’s attempted putsch, and the critical battleground states either had Democratic governors or GOP executives who nonetheless did not want to be remembered as striking the match that lit the Reichstag Fire. What will happen in 2024 if Mar-a-Lago Republicans win those gubernatorial seats, local parties root out everyone with integrity and replace them with various replicas of the drunk lady from the Michigan hearing and Republican House and Senate majorities make it possible to steal the election on the day the Electoral Votes are counted?

Do you really want to find out? There’s only one way out of this mess, and that’s for newly-empowered Democrats to use all available legal and constitutional means to keep the Republican Party of the United States as far away from power as possible. And there is no better argument for this proposition than a simple recounting of the past two months of horror.

As the Coronavirus pandemic reached its destructive peak, the outgoing president was, rather than helping to coordinate a massive federal effort to distribute the miraculous vaccines, instead wallowing in self-pity, convinced of meritless conspiracy theories that evaporated into the courtroom air the moment they encountered even the friendly inquiries of Trump-appointed judges. Once it became clear that they couldn’t sue their way out of losing six different swing states, the president’s allies in the reactionary media and in the halls of Congress, latched onto a legally preposterous theory that Republican state legislatures could simply set aside the results of elections if they were not to their liking, and appoint their own slate of Electors.

When those same legislatures balked at the suggestion, the Keystone Coup was simply rerouted. There were the ominous firings of civilian leadership at the Defense Department, the ouster of lickspittle loyalist William Barr from the Department of Justice, the threats and pressure campaigns against state election officials in the critical swing states, the extralegal show hearings in Michigan and Pennsylvania. What about martial law? What if Vice President Mike Pence could be convinced to toss out the results during the official counting on January 6th? What if Georgia Secretary of State Brad Raffensperger could be berated into somehow “finding” 11,000 votes for the president?

Where has this all led? Around 10,000 Americans have been dying of COVID-19 during each of the weeks that these hapless nihilists focused all of their energy on stealing the election. No one knows when or under what circumstances the lame duck president will leave the White House. He will not attend the inauguration of President-elect Joe Biden.

A supermajority of Republican voters now believes the election results were not just unfortunate but rigged, and they have also been turned against heretofore uncontroversial methods of voting. A white nationalist mob was whipped up to descend on the nation’s capital. After some encouragement in a sullen morning speech by the president himself, these yahoos stormed the U.S. Capitol, created an active shooter situation that menaced the entire national legislature and held our elected representatives hostage for several hours as the President of the United States dithered and law enforcement took its sweet time clearing the building.

In spite of this climate of fear and horror, which reached its apex yesterday, Democrats got lucky. Rather than doing everything in his power to save incumbent Republicans Kelly Loeffler and David Perdue in Georgia, President Trump, ever the chaos agent, seemed bent on tackling them at the 1-yard line. His caterwauling about the alleged perfidy of Georgia’s Republican election officials might have convinced a meaningful sliver of the GOP electorate to sit out the runoffs, while his call for $2,000 stimulus checks somehow led Mitch McConnell to smack down a popular idea just days before Loeffler and Perdue faced the voters. The favorable national environment Democrats have enjoyed in some form since 2016 persisted into 2020 long enough to deliver the narrowest of Senate majorities.

But that all comes to an end when Biden is sworn in. The party will own whatever happens for the next two years, and if they don’t take measures to reinforce their power by making the political system itself more resilient and fair, they will have no one to blame but themselves when it all slips away in 2022. A set of reforms to do just that is now de rigeur on the activist left, including D.C. and Puerto Rico statehood and the enlargement of the U.S. Supreme Court. The most important, though, might be a new Voting Rights Act to cut off the now-inevitable state-level GOP push to eliminate things like mail balloting and to impose even more draconian restrictions on in-person voting.

They will need to move swiftly. The election cycle is merciless, and Democrats will have, at most, 18 months to save American democracy before the 2022 election cycle kicks into high gear. Especially with extraordinarily narrow Democratic majorities in the House and Senate, the party simply can’t afford a months-long debate about whether to eliminate the filibuster.

How can the moderates be convinced to dispense with the fantasy of bipartisanship and do what needs to be done? I don’t know, but how about this: their counterparts just spent two months plotting to overthrow the duly elected government of the United States while thousands of Americans a day died needlessly of a deadly virus because of the president’s incompetence. While dozens of elected Republicans indulged the president’s dangerous fantasies by delaying the certification of Joe Biden’s victory, the poisonous fruits of their collaboration with the worst president in our history got splattered all over the Capitol in the form of an appalling breach of security, an embarrassing and shameful episode that caused shock and horror around the world.

The GOP’s next act in power will be worse. Today it is half-baked insurrection. Tomorrow it will be something more coordinated, led by someone who isn’t too lazy and stupid to finish the job of destroying this democracy. There is only one way to stop it from happening, and the time to act is now or never.

Stop worrying about tit-for-tat retaliation and the hallowed norms of the “world’s greatest deliberative body.” Think about what it felt like to cower in your offices as the president’s goons tried to kill you. Do they seem like the kind of people who, if the tables were turned, would shy away from D.C. statehood because norms?

You know the answer to that question. This is an emergency. And the clock is ticking.