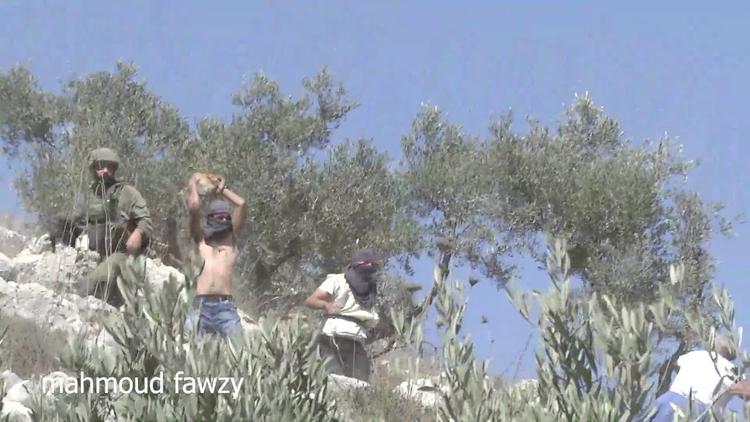 Ann Arbor (Informed Comment) – The respected Israeli human rights organization, B’Tselem, has declared Israel an Apartheid state. This is a conclusion to which Informed Comment came some years ago. The UN Economic and Social Commission for West Asia came to that conclusion in 2017, but the UN was blackmailed by the odious Trump into disavowing the report. I know B’Tselem activists in Israel, and deeply respect their courage and perspicacity.

The full report is here

B’Tselem points out the sleight of hand in much international discourse in which the area between the Mediterranean and the Jordan is typically seen as two administrative units, the state of Israel on the one hand and the Palestinian territories on the other. The latter are often thought of as a state in waiting, hence the “two-state solution.” They are not.

Juan says: Unfortunately, the incoming Biden administration is still wedded to the ‘two-state’ rhetoric, which is completely detached from reality. Worse, it serves as a fig leaf for military occupation and Apartheid, with vague future hopes of a Palestinian state that increasingly doesn’t have any plausible territory, since it is being eaten away at by Israel.

The Palestinian West Bank has been eaten away at by Israeli annexation of East Jerusalem and substantial territories of the West Bank adjacent to it. Then the Israeli government sent in hundreds of thousands of squatters who stole Palestinian farmland and built on it and started using it themselves. The West Bank is under Israeli military occupation. The Gaza Strip is controlled by the Israeli army from the outside via blockade. Israeli authorities gave some administrative and policing duties to the Palestine Authority over 40% of the West Bank, but the PA itself remains under Israeli military control.

So, B’Tselem concludes that there is only one ruling regime between the Jordan and the Mediterranean.

Under that single administration, Jewish supremacy is imposed and the Palestinians in the West Bank and Gaza are kept stateless and without basic human rights. Jewish supremacy was even enshrined in law by the Israeli parliament (Knesset) in 2018.

Given the dangerous rise of white supremacy in the United States, we should be alarmed by the implementation of a policy of racial supremacy in Israel, which the US supports, as well.

B’Tselem identifies 4 ways in which Israel assures this racial supremacy:

A. Immigration for Jews only. Any Jew from anywhere in the world can immediately immigrate to Israel and gain full citizenship rights. The 6 million Palestinians expelled from their homes and now living in Lebanon, Jordan, and many other countries, are not allowed to return, however.

B. Taking over land for Jews while crowding Palestinians in enclaves.

“A regime that uses laws, practices and organized violence to cement the supremacy of one group over another is an apartheid regime. Israeli apartheid, which promotes the supremacy of Jews over Palestinians, was not born in one day or of a single speech. It is a process that has gradually grown more institutionalized and explicit, with mechanisms introduced over time in law and practice to promote Jewish supremacy. These accumulated measures, their pervasiveness in legislation and political practice, and the public and judicial support they receive – all form the basis for our conclusion that the bar for labeling the Israeli regime as apartheid has been met.”

B’Tselem says it is taking this step now because Apartheid is actually accelerating and becoming more institutionalized and embedded in law every day, and annexation is proceeding apace.

I explained a couple of years ago:

Apartheid is a Dutch word meaning “apartness” and was used to describe the system of racial segregation deployed by the ruling Afrikaner minority in South Africa 1948-1991. In international law, however, it has been generalized to any government practicing systematic racial domination.

The 2002 Rome Statute, which has 123 signatories among the nations of the world, and which established the International Criminal Court, contained a definition of Apartheid:

“‘The crime of apartheid’ means inhumane acts . . . committed in the context of an institutionalized regime of systematic oppression and domination by one racial group over any other racial group or groups and committed with the intention of maintaining that regime…”