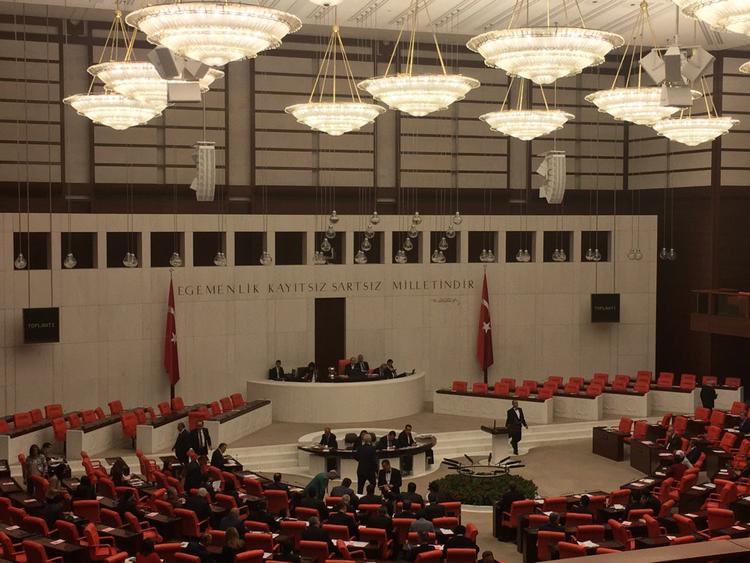 ( Human Rights Watch ) – (Istanbul) – The Turkish government should withdraw provisions in a draft law that would arbitrarily curtail nongovernmental organizations’ activities and have the potential to violate the right to freedom of association, Human Rights Watch said today. Parliament was due to vote on the law on December 24, 2020.

The draft law, the Law on Preventing Financing of Proliferation of Weapons of Mass Destruction,has ostensibly been introduced to comply with a United Nations Security Council counterterrorism resolution (1373 of 2001) and in response to a 2019 report by the Financial Action Task Force, an intergovernmental money-laundering and terrorism financing watchdog. But its provisions greatly exceed the aim of preventing financing of terrorism and weapons proliferation. Instead, it would enable the Interior Ministry to target nongovernmental groups’ legitimate and lawful activities and the right to association of their members.

“The Turkish government’s new law on curbing financing of terrorism, with the new powers it grants the Interior Ministry, conceals within it another purpose: that is to curtail and restrict the legitimate activities of any nongovernmental group it doesn’t like,” said Hugh Williamson, Europe and Central Asia director at Human Rights Watch. “This law will become a dangerous tool to limit freedom of association, and the provisions relating to nongovernmental organizations should be withdrawn immediately.”

The bill includes 43 articles, amending seven domestic laws. It was rushed into parliament on December 18 without consultation with the civil society organizations it will affect most.

Only six of the articles include means and regulations to combat financing of terrorism. The rest grant the Interior Ministry and the president wide authority to restrict the activities of independent groups and diminish their role. It is unclear how the proposed measures will be limited to curbing the activities of groups with material connection to armed groups and will not be used widely against other organizations, Human Rights Watch said. Organizations disliked by the government for their work on human rights and rule of law issues in Turkey will especially be at risk.

The bill introduces annual inspections of nongovernmental groups, which will severely affect their activities since the inspections frequently last months and reduce the group’s capacity to operate. It introduces severe fines if the Interior Ministry deems a group’s online fundraising unlawful.

The Interior Ministry would also have the authority to suspend a group member from their position if they are under criminal investigation for an action in the course of their civil society activities that is punishable under Turkey’s vague and widely misused counterterrorism laws. The Interior Ministry could suspend the organization’s entire board or suspend its activities until further notice until a final court ruling is issued in the case.

Turkish prosecutors regularly open terrorism investigations into people for peacefully exercising rights to freedom of expression, assembly, and association, which are protected by the European Convention on Human Rights and Turkey’s own laws. Turkish courts lack independence, and there is a pervasive pattern of courts convicting people of terrorism crimes on the basis of their lawful activities and without providing evidence of material connection to armed groups.

For this reason, Human Rights Watch is strongly opposed to equipping the Interior Ministry with the authority to use the pretext of a terrorism investigation that has not proceeded to a prosecution, let alone a conviction, to prevent people from engagement with nongovernmental organizations.

Even if administrative decisions to temporarily suspend the activities of groups need to be confirmed by court order to become permanent, the judiciary lacks independence and the executive can interfere in the administration of justice on a whim. For these reasons courts may not be effective in protecting nongovernmental groups from arbitrary closure.

Other provisions in the bill open to being used arbitrarily against nongovernmental organizations and individuals engaged in them include: absolute lifetime exclusion of anyone convicted of crimes relating to drug trafficking or financing terrorism from being elected to executive positions in nongovernmental groups, further inspection of groups that collaborate with or have links with a group under inspection, and the authority to compel lawyers representing individuals or organizations to disclose any document or information relating to illegal income.

Human Rights Watch notes that the Financial Action Task Force’s Recommendation No. 6 urges governments to respect human rights, respect the rule of law, and recognize the rights of innocent third parties while working to prevent the financing of terrorism and money laundering. Turkey’s bill, if passed into law, will completely flout such standards and instead widen the scope for the Interior Ministry to restrict the activities of any organization and individuals engaged in them.

A total of 475 nongovernmental groups in Turkey have signed a declaration calling on the government to withdraw provisions of the draft law relating to associations, foundations, and charitable fundraising on the basis that they violate Turkey’s obligations under international human rights law and its own constitution.

“It is crucial for the Financial Action Task Force to recognize that Turkey’s proposed new law is not fit for purpose,” Williamson said. “The proposed law may curtail legitimate civil society activity rather than contribute to preventing terrorism financing and money laundering.”