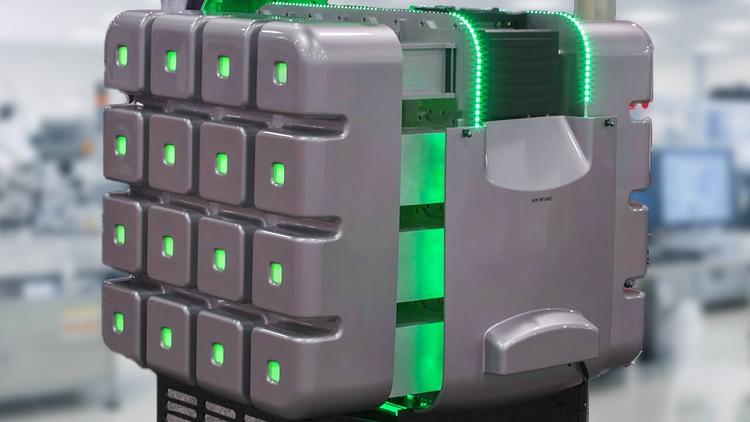 ( Clean Energy Wire) – Scientists at the Fraunhofer Institute for Structural Durability and System Reliability (LBF) have developed a lightweight battery pack to reduce the overall weight of e-car batteries. The new pack holding the battery cells is made of fibre-plastic composites, reducing the weight by 40 percent compared to a casing made of aluminium.

“This design not only reduces the moving mass of the electric vehicle, but also increases its range and dynamics thanks to additional integrated functions,” wrote the LBF in a press release. The new pack can be manufactured within two minutes and at low cost, said the institute.

Battery packs for electric vehicles are currently very heavy due to the large number of battery cells required for the desired high ranges, and the whole system can weigh several hundred kilogrammes, making up more than 30 percent of a car’s total mass, said the institute. The heavier a car, the more energy is needed to operate it.

In September 2020, Germany registered more than 20,000 pure electric cars in a month for first time, continuing the upward trend for e-car registrations. Germany has been struggling to lower emissions in the transport sector, which have remained broadly stable for decades as gains from more efficient engines have been eaten up by heavier cars.

Electric Future: “5 New Battery Technologies That Could CHANGE EVERYTHING”