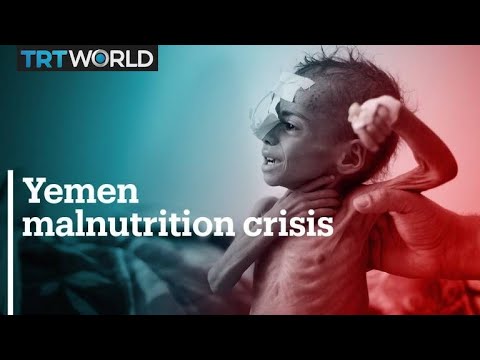 Ann Arbor (Informed Comment) – Secretary of State Mike Pompeo, who styles himself a Christian gentleman, has according to United Nations officials just passed a death sentence on hundreds of thousands or millions of Yemenis by designating the ruling Helpers of God government of North Yemen a “Foreign Terrorist Organization.”

The Saudi-UAE War on little Yemen that began in 2015 has left one of the poorest countries in the world a complete basket case. Its 29 million people have seen their infrastructure destroyed from the air by US-made F-16s. Bridges that are needed to transport food have been destroyed. Hospitals have been bombed. Port facilities have been struck, even though they allow the importation of food to the country. The US has been an active participant in the war, providing in-air refueling to the Saudi-led coalition and offering other logistical help and strategic counsel on targeting. Both houses of Congress invoked the War Powers Act to force Trump out of the war, but he vetoed it and not enough Republicans cared to override the veto.

Incoming Secretary of Defense Lloyd Austin was angry about the Saudi-UAE war on the Helpers of God, colloquially called “Houthis,” because the Houthis are de facto allies with the US in fighting the south Yemen-based al-Qaeda in the Arabian Peninsula (AQAP), one of the more deadly al-Qaeda branches. This according to Bruce Riedel writing for Brookings.

Yemenis are on the brink of mass starvation, and international aid agencies are trying to prevent it. They have to deal with the Helper of God government, to get the food to people. But if they deal with the Houthis, the humanitarian organizations and the companies, banks and governments that fund them will all be declared guilty of material support to terrorists by the United States government.

Moreover, the only way this civil war ends is for the internationally recognized government of Abd-Rabbuh Mansour Hadi, based in the southern port of Aden, to negotiate with and come to a settlement with the Houthis in the north. But now if they do that, you guessed it, the US government would declare the pro-US Hadi government providers of material support to terrorists.

We should be completely clear on the reason for this genocidal designation. It was not made in any realistic expectation that it would overthrow the Houthis. It is so that, when the Biden administration reverses this charnel house of a foreign policy, the far right that has infiltrated the House of Representatives on the Republican side can hold hearings (if they take back the House in 2022) accusing Biden of aiding and abetting terrorism. Since the Houthis are vaguely linked to Iran, Biden could even be painted as in bed with the ayatollahs in a vast terrorist conspiracy. This propaganda campaign by the white nationalist extreme Right will be in the service of trying to defeat the Democrats in 2024 and Pompeo hopes to be sworn in as president in January, 2025.

That’s it. That’s the play.

UN News reports that while Pompeo is playing scorched-earth politics inside the Beltway, United Nations official are focused on trying to forestall an unprecedented famine. The site writes,

“Some 16 million people will go hungry this year, and 50,000 are already essentially starving to death, amid a shortfall in aid.”

50,000 people are already starving to death in Yemen, not because of any natural causes but because of the policies of Trump and Pompeo and their Gulf buddies there. And 16 million are hungry, including millions of children. They are “food insecure,” which means that if any little extra thing goes wrong, they will pass into the “starving” category themselves.

The aid agencies mostly work by providing food vouchers to Yemenis, who then spend them at local groceries.

He explained that humanitarian agencies provide food vouchers or cash to needy Yemenis so they can shop at markets. That is, there is a free market import system. But that network of suppliers and commercial institutions needs to deal with the ruling Houthi government in the north, and now they are afraid.

“Aid agencies cannot, they simply cannot, replace the commercial import system. What this means is that what the commercial importers do is the single biggest determinant of life and death in Yemen. Some suppliers, banks, insurers and shippers are ringing up their Yemeni partners and saying they now plan to walk away from Yemen altogether. They say the risks are too high. They fear being accidentally or otherwise caught up in US regulatory action which would put them out of business or into jail.”

The news site adds, “Mr. Lowcock reported that Yemenis are already rushing to markets to stockpile food, while commercial traders fear the designation will affect their operations.”

In the midst of the horror of a looming famine, Pompeo has essentially cut off food to Yemen!

The Houthis are Zaydi Shiites who resent Saudi influence in Yemen and the missionary attempt to make them Wahhabis. They have little in common with the Twelver Shiites of Iran and Iraq, and Iran has no command and control among Houthis in Yemen. Iran has slipped them a little money and some rockets, but it is a relatively minor investment from Tehran. In contrast, the US has sold billions of dollars worth of sophisticated weapons to Saudi Arabia and the UAE. The Yemeni civil war is mostly local.

Christopher Woody at Business Insider details some of the other land mines Pompeo has seeded for Biden, including declaring Cuba also a supporter of terrorism and poking a stick in China’s eye over Taiwan.

He has also been making the completely stupid charge that Iran is linked to hyper-Sunni, Shiite-killing al-Qaeda.

The Republican playbook is sadly predictable, but that does not mean it won’t work. The only bright spot for Biden is that it is entirely possible that the public in the coming few years will just have lost all interest in foreign affairs, with beating Covid-19 and bringing back the economy foremost on their minds. If Biden does a good job on those things, that he saved Yemen from starvation by cancelling Pompeo’s monstrous policies will likely not be held against him by voters.