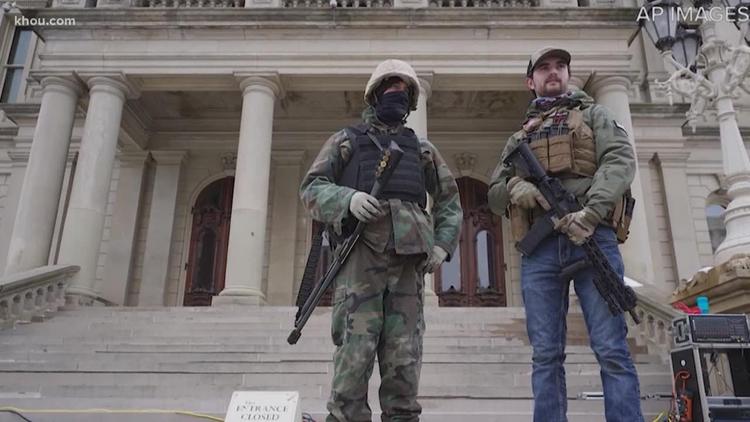 Americans witnessed an alarming and deadly failure in planning and policing at the U.S. Capitol on Jan. 6.

The FBI failed to sound intelligence alarms, including about dozens of targets on the terrorist watch list traveling to Washington, D.C.

U.S. Park Police, D.C. police and the National Guard, who collectively policed the “Save America” rally that preceded the riot, deviated from common crowd-control techniques by allowing rallygoers to bring flagpoles and other items that were later used as weapons. Capitol Police also failed to take seriously threats from white supremacists and other Trump supporters. They lacked contingency planning, proper staffing and adequate equipment.

As an expert on the policing of protest and political violence in the U.S., I understand why D.C. agencies are embarrassed by their lapses and feel pressure to take intelligence on threats of violence at President-elect Joe Biden’s inauguration on Jan. 20 more seriously.

The inauguration is a national special-security event, an official designation that means the event gets more resources and interagency planning.

Other cities across the country, however, also face a risk of violence.

Risks to other cities

The FBI says it has intelligence on threats of violence at state capitols throughout the U.S. over the next week. It expanded its warnings to include other government buildings and even legislators’ homes.

State capitols were already attacked multiple times in 2020. Armed anti-maskers stormed the Michigan Statehouse in April to protest COVID-19 safety measures. Right-wing rioters in Oregon, who were allegedly let into the Statehouse by a sympathetic legislator, attacked officers and damaged Capitol property. And, of course, there was the foiled plan by members of a white militia to kidnap Michigan Gov. Gretchen Whitmer and overthrow the Michigan state government.

These risks outside of D.C. may be heightened by the difficulty for far-right activists and white supremacists to get to D.C. to create what they call their “1776 moment”, which refers to the Declaration of Independence and attempts to tie current insurgents to the American Revolution.

Some legislators have pressed for D.C. rioters to be placed on the no-fly list, which would prevent their commercial air travel in the U.S. Airbnb announced it will cancel and block all D.C.-area reservations for inauguration week.

Other parts of the risk assessment might be less obvious though.

For instance, research by sociologists Gilda Zwerman and Patricia Steinhoff shows that radical groups experimenting with violence can splinter when the state polices them heavily.

In the 1960s, for example, the New Left – a loose political movement focused on civil rights and opposing war – faced substantial FBI and local policing in the U.S. Students for a Democratic Society, which was known for its anti-war activism, ultimately fractured. Former SDS members helped create the Weather Underground, which bombed police buildings and other targets.

If the New Left and other groups in the U.S., Japan, Germany and Italy are a guide, two things are likely to happen to those who supported the Capitol riot.

One is that Trump supporters who aren’t interested in violence, or simply don’t want to get in trouble, will stop participating in incursions into government buildings and other illegal activities. However, this will leave an echo chamber among those who stay active, supporting a spiral toward further violence.

Second, smaller, very militant pods may escalate their plans or choose more violent tactics. This would further their sense of being revolutionaries and deepen their bonds to one another as they test their mettle.

Facing off against smaller police agencies that have less experience with crowds or insurgents, and doing it on more familiar terrain, may be attractive for those committed to violence. That’s especially true as public spaces in D.C. are closed off and the area is flooded with National Guard and police.

How states can prepare

Law enforcement in states will need to mobilize and share information, expertise and resources to protect lives and property during the inauguration, and perhaps even after.

Based on my and others’ research on successful attempts to forestall violence, these are steps that have worked and could be considered by state leaders.

Take seriously and share widely intelligence about potential right-wing threats. A major contributor to poor Capitol policing on Jan. 6 was law enforcement’s failure to believe and disseminate credible intelligence about people who look like them and may have claimed to support police in the past.

2. Resist the urge to crack down on peaceful protest

Focus on those equipped to undertake violence. The Capitol riot is not a justification for policing other groups more harshly, whether during the inauguration or after. Suppressing nonviolent protesters can not only violate their First Amendment rights, but also stretch forces thin.

Explosives may be found around critical communication hubs and other places, using bomb-sniffing dogs, video surveillance and other assets. A well-placed explosive can knock out communications for a wide area, leaving 911 and other communication networks inaccessible. Bombs are a favored tool of insurgents because they can be homemade and one person can cause significant damage.

4. Plan for more personnel if necessary

Many local law enforcement agencies have mutual-assistance agreements with other local agencies, and governors can activate National Guard troops.

State leaders who address these issues – as some have begun to – and shore up their planning have, I believe, a better chance at forestalling a capitol riot of their own.