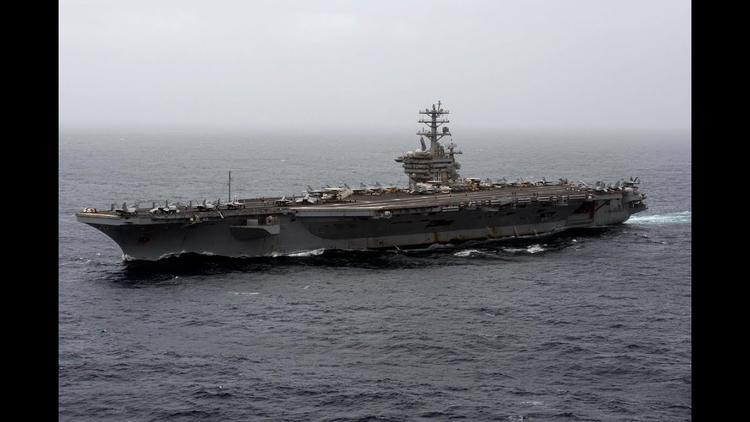 Some of this buzz is around today’s January 3rd, 2020, anniversary of Trump’s assassination of Gen. Qasem Soleimani and Gen. Abu Mahdi al-Muhandis, by rocket at Baghdad International Airport. Soleimani was the head of the Jerusalem Brigade of the Iranian Revolutionary Guards Corps, maybe analogous to the US Joint Special Operations Command. Al-Muhandis in Iraq was perhaps the equivalent of a state national guard commander, since the Iraqi parliament recognized the militias as part of the armed forces.

Some Iranian hardliners have been rattling sabers about revenge, threatening Trump personally. There is the possibility of poorly disciplined Shiite militias firing rockets at the US Embassy, and Trump as usual has issued his hyperbolic Twitter Threats.

News was made when the Pentagon were being sent to the Gulf.

Although Trump the Mad and SecState Mike Pompeo, he of the Rapture, announced that Soleimani had been coming to Iraq to kill Americans, this was a bald faced lie that the Pentagon report refused to back up. The then Iraqi prime minister said, in contrast, that Soleimani was on a mission to reduce tensions with Saudi Arabia, and came to Baghdad on a diplomatic passport on a civilian airliner.

There is an old saying in the military that everyone wants to do strategy, but the best minds in uniform want to do logistics. War strategy is glamorous. But logistics, the science of moving around men and materiel and making sure troops have ammunition, weapons, boots and, in desert environments, water to drink and do laundry with, is a sine qua non for winning the battle, as well.

Because logistics is so key, watching such movements is one way to tell if a military attack is being planned. In modern warfare it isn’t easy to hide. All through spring, 2003, the Bush administration was moving war materiel and men into Kuwait and Saudi Arabia’s Eastern Province.

Aside from a few B-52s being flown to the area, the US is not in a strike posture. It has military bases in Kuwait and Qatar, and an outpost in the United Arab Emirates, but none of these host countries would want to be seen as a launching pad for a Trump attack on Iran. Trump will be out of office in a little over 400 hours, but those countries have to live with Iran for the coming centuries.

The big “tell” was that the USS Nimitz Air Craft Carrier battle group is being by acting secretary of defense Christopher Miller. Its last mission was in any case far from Iran, in . Air strikes were launched from it against the Al Shabab terrorist group in that country, as a parting gift to the government of President Mohamed Abdullahi Farmaajo, a US ally. The Nimitz helped the last of the US troops in Somalia leave.

Miller specifically said that sending the Nimitz back to the US was meant as a “deescalatory” measure with Iran.

Since the US is highly unlikely to attack Iran from one of that country’s Gulf neighbors, and since it no longer has an aircraft carrier in the Gulf, it just isn’t very likely that it will initiate a first strike at all.

As for the Iranians, they would be crazy to do something overt to Americans at this point.

Iranian government spokesman said the world will be much safer with Trump out of office.

Iran has had a year to retaliate, and mostly what they did was one set of missile strikes on an Iraqi base that had US soldiers last spring. The strike gave about 100 of them bad concussions, which is a serious injury that Trump made light of. But that was the last time we heard about any kinetic Iranian action against the US military. Why wait until Trump is almost gone, and spoil things with the incoming, and much more reasonable, Biden administration?

Trump’s economic and financial blockade on Iran is such that things could always spiral out of control. I hope they don’t and that tensions can soon begin being ratcheted down. Obama solved Iran, and maybe Biden can do it again.