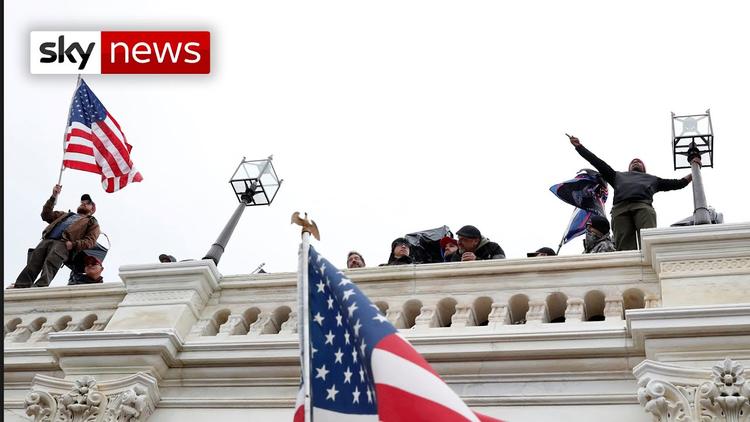 N.B.: I wrote this essay on January 10, 2017. Four years later, I stand by most of it, and I think its argument has been well substantiated.

The one thing I’ve rethought is my conviction that we could fight back against psychopathic policies by appealing to the Congressional majority of more balanced individuals with empathy and consciences. The Republican-dominated House and Senate folded before Trump, not because they were necessarily themselves deficient in empathy but because the rank and file of the party had swung behind the president and they feared being primaried or being ostracized. As late as 1/6, Wednesday afternoon, over 100 Republican representatives voted against certifying Joe Biden as president, and 8 senators did. It would have been 12 senators but four of them appear actually to have a conscience and they did not go through trying to derail the election after a mob of thousands tried to kill or kidnap them for derailing the election.

That 73.6 million people voted for Trump after watching him every day for four years has also deeply shaken my faith in humanity. Republicans acted as a tribe (let’s face it, a largely white tribe), backing their party leader no matter what. If it had not been for his failure to deal with the coronavirus and his alienation thereby of white suburban women, he would have been given eight years in the White House, and American democracy may not have survived.

Some 45% of Republicans support the mob attack on the Capitol. The mob was chanting “Hang Mike Pence” and looking to detain elected representatives and senators, and perhaps to execute some of them. The mob intended to overthrow the elected government of the United States, the Biden-Harris administration. Nearly half of Republicans are OK with that. On average, about 29% of Americans identify as Republicans. There are 158.9 million voters, so that is roughly 46 million Republicans. That’s a country the size of Spain. And over 20 million of them back the Capitol insurrection. I am afraid of them, and some are even my relatives.

Some 52 percent of Republicans blamed Biden for the attack on the Capitol. No doubt they watch Fox News and were told the insurrectionists were antifa. Half of Republicans believe that Joe Biden lost but then stole the election from Trump.

My diagnosis was correct four years ago. I was too optimistic, though, about America’s ability to resist.

We are now on the brink of a new form of government, undreamed of by Aristotle, who spoke of monarchy, aristocracy and democracy. We are headed to a psychopathocracy, which has something in common with the degraded form of classical regime types that Aristotle warned against (he thought monarchy can deteriorate into despotism, aristocracy into oligarchy, and democracy into demagoguery). Psychopathocracy is the rule of persons who lack a basic ability to empathize with others, to feel their pain or to feel guilty about harming them.

Psychopathocracy is different from mere bad policy. We can all disagree about the direction of government or particular initiatives. Often people backing a policy that harms others do not understand the harm, or think it is averting a greater harm. It isn’t true that all high politicians are psychopaths who don’t care about injury being done to people. And high politicians have put in programs like social security that have lifted millions of elders out of poverty over decades. They did it because they cared about people.

About 1% of the population is comprised of born psychopaths. The condition of a lack of conscience and inability to empathize with the pain of others or feel remorse may well be a condition one is born with, and in a third of cases can be tested for with an MRI scan. It is thought that another 5 percent of the population loses its ability to empathize through brain damage, trauma or other sorts of physical or psychological injuries.

It is further thought that about 12% of the population is easily manipulated by psychopaths into pyschopath-like behavior or ideas. This 18% of the population is potentially extremely dangerous. They do not have a feedback loop for emotional or physical distress. They are the sort of people who would run somebody over and flee the scene without calling for medical help for the victim.

Psychopaths in power are dangerous because of their inability to feel the pain of others. George W. Bush and Dick Cheney set of a chain of events in motion that left hundreds of thousands of Iraqis dead and displaced from their homes (i.e. made homeless) 4 million of Iraq’s 30 million people. This is not to mention the 4,486 Us troops killed the 500,000 wounded physically or psychologically). They set up a chain of events that led to a dangerous cult, Daesh (ISIS, ISIL) taking over 40% of Iraqi territory. But if you ask them if they regret what they did, they so ‘no.’ And I think they are being honest. They cannot empathize with the victims they helped create.

Politicians who want to deprive people of their health care so as to lower taxes on billionaires, who want to make women bear the babies of their rapists, who want to torture helpless prisoners, who want to burn fossil fuels for profit when they endanger the planet, who want to carpet bomb or nuke millions of non-combatants to get at a few guerrillas– these are psychopaths.

CEOs of corporations and successful politicians are also disproportionately likely to be psychopaths. Robert Hare developed a 20-point checklist for the condition, which, however, does not exactly overlap with the definition in DSM-V, the description of mental conditions put out by the American Psychiatric Association. Hare did some of his research in prisons and so his checklist is skewed a bit for criminal activity.

You don’t need to be a psychologist to recognize that Donald J. Trump and several nominees to his incoming administration exhibit obvious signs of psychopathy. Having psychopaths in the White House is not unprecedented. It seems pretty obvious that Dick Nixon, a pathological liar who actually derailed the 1968 peace negotiations with Vietnam to keep his rival Hubert Humphrey from looking good to the voters, had this condition. Untold American soldiers and Vietnamese peasants died so Nixon could be president.

What is remarkable about Trump and his cronies is that their hatred is raw and broad-spectrum. Mexican-Americans, African-Americans, Muslim-Americans, white liberals (coded by the Neo-Nazis as N-lovers) and some of them don’t like Jews very much. That is, they seem to hate an absolute majority of the American population.

Trump’s psychopathy is evident in his exaggerated estimation of himself, his need constantly to troll the public for stimulation, his superficial charm, his need to lie, his inability to feel remorse or guilt, his emotional shallowness, his promiscuity and lack of impulse control and serial sexual assault, his use of bankruptcy to avoid paying his creditors and his attraction to a business like casinos which preys on people (many games in casinos are skewed for the House at rates of 11% and on up even to 20%). Trump is more disciplined and single-minded about his career than most psychopaths manage, but otherwise he seems a classic case. He also suffers from a distinct but related condition, of narcissistic personality disorder.

Many of the people around Trump, who speak for him on television, who are tapped to advise him on national security, on the environment, on issues like net neutrality, also exhibit clear signs of psychopathy. Since only about 3 million Americans are born psychopaths, the idea that a whole group of them is moving into power in Washington together is pretty scary. And remember that some 38 million Americans are so ethically and emotionally fragile that they will easily fall under the spell of the psychopaths. That is, if directed to beat up members of minorities, they will gladly do so.

Since about a third of psychopaths can now be diagnosed with an MRI for brain abnormalities, maybe it is desirable that candidates for high office in business and government be scanned: Psychcentral writes, a “study found that [cold-blooded psychopathic] offenders displayed significantly reduced grey matter volumes in the anterior rostral prefrontal cortex and temporal poles compared to [impulsive psychopathic] offenders and healthy non-offenders.”

Until such scanning can be carried out, the safest thing is to assume that someone who talks and acts like a psychopath is one.

You cannot reason with a psychopath, you cannot shame such a person or appeal to their better instincts. There is no point in writing open letters to them. The usual way of dealing with politicians who develop some wild ideas in the course of their search for voters and campaign funds will not work.