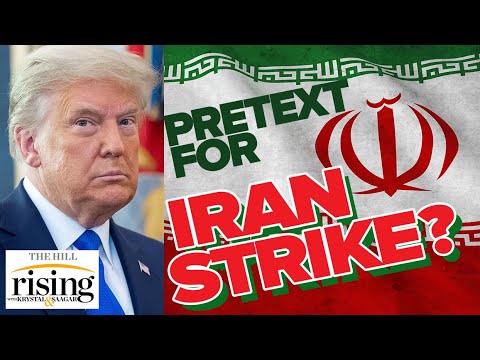 ( Middle East Monitor) – Just one drop will be enough for the cup of tension between the US and Iran in Iraq and the Gulf to overflow. Everyone’s fingers are on the trigger as each side accuses the other of preparing to launch a pre-emptive strike; any sense of trust is completely gone. There is plenty of opportunity for misunderstanding and the door is open for any third party to cross the line of heightened tension and start a huge fire.

Both sides are on the edge and there are no able mediators available to persuade them to take even one step back. Iran will respond to any attack, both directly and through its proxies in the region. In order to be convincing and save what face it has left after the blows it has suffered, Iran’s response must include Iranians, not just its allies.

Donald Trump, meanwhile, has drawn a new red line; he is like a wounded animal getting more dangerous the closer he is to leave the White House, willingly or otherwise. One American killed in Iraq or the surrounding region by Iran or its allies will be enough to convince the outgoing US president to pull the trigger.

At this critical moment, therefore, the importance and danger of such a third party increases, as every action it takes could be the reason for the US and Iran stepping over the edge. Hence, Iran’s intelligence-based warning that Israel is plotting a false flag operation against an American target in order to drag the Trump administration by the neck into a war with Tehran. This is the option preferred by the Netanyahu government, and it has always looked for ways for it to happen. The Israeli leader is desperate to use Trump’s remaining time in office to ignite a military confrontation with Iran.

The Arab states, particularly in the Gulf, have an interest in clipping Iran’s wings and want to stop Tehran’s nuclear programme and its development of advanced ballistic missiles. However, these countries fear war in case of shrapnel heads in their direction and hit their oil and gas facilities causing widespread devastation. The Gulf States have no interest in a comprehensive military confrontation and are aware that US aircraft and missiles will be launched from their land, territorial waters, and airspace. They also know that Iran has made it clear that they will be in the firing line, as its response to a US strike will not be limited to American targets, but will extend to Washington’s allies. Gulf diplomats have been busy recently to avoid such a scenario.

Another possible third party with an interest in lighting the fuse is one or more of the many jihadist groups in the region, including Daesh. They have the financial and logistical resources to do so, and their leaders would love nothing more than to see their sworn enemies engaging in a fierce war.

The threats by Iran’s Islamic Revolutionary Guard Corps that missiles from Hezbollah, Hamas, and Islamic Jihad will be aimed at Israel were not meaningless. Israel is, after all, the regional party most enthusiastic about war, and it is far beyond Iran’s range. Such an attack would be more damaging than the Iraqi missiles fired towards Israel in 1991. What would really harm Israel is fire from Gaza, Southern Lebanon, and Syria simultaneously, along with anything that Iran may throw its way. Iranian comments in this respect are, perhaps, sufficient to deter Israel from translating what is going on in its criminal mind into action.

This article first appeared in Arabic in Addustour on 4 January 2021.

Oraib Rantawi is the founder and director general of the Amman-based Al Quds Center for Political Studies and an established writer and columnist. He has authored and edited several strategic studies and organized and participated in seminars and conferences in Jordan and internationally. He is also a frequent commentator and analyst on television and has produced his own show “Qadaya wa Ahdath” (Issues and Events.)

The Hill: “Ryan Grim: Is Trump Building Pretext For Strike On Iran?”