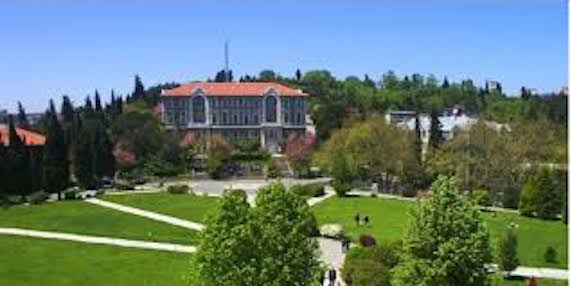 We write on behalf of the Middle East Studies Association (MESA) of North America and its Committee on Academic Freedom to express our outrage over the escalation of the government-sanctioned campaign against Boğaziçi University and its professors. We wrote to you on 4 February 2021 to express our dismay concerning the detention and mistreatment of Boğaziçi University students protesting against the appointment of Melih Bulu—a member of your political party—as rector of the university. We now write to condemn both attacks against the university’s faculty and your politically motivated decision to alter the academic structure of Boğaziçi University.

MESA was founded in 1966 to promote scholarship and teaching on the Middle East and North Africa. The preeminent organization in the field, the Association publishes the International Journal of Middle East Studies and has nearly 2800 members worldwide. MESA is committed to ensuring academic freedom and freedom of expression, both within the region and in connection with the study of the region in North America and elsewhere.

Since our letter of 4 February, protests against Bulu’s appointment and police violence against Boğaziçi students have not only continued, but have spread across Turkey, leading to a new wave of arrests in multiple cities. As a response, you, your government, and the pro-government media have resorted to the now familiar strategy of deploying the language of terrorism to stifle dissent. After calling protesting students “a group who lost their ties with our country and nation mentally and at heart,” you promised to “show no mercy for those who are involved in terrorism.” When Boğaziçi students sought to establish a channel of communications with your office, publishing an open letter voicing their concerns, your government not only spurned their request but arrested a student that you arbitrarily held accountable for the students’ social media activities. At the same time, your government’s Communication Director, Fahrettin Altun, released a video message in English, accusing Boğaziçi University of being a hotbed of “radicalization” leading students to join terrorist organizations. The video, splicing together disparate scenes from demonstrations to suggest that protesters were led by “vandals” and “terrorists,” ends with a pledge to “shed light on the darkness that turns some of our nation’s brightest students into terrorists.” No doubt, the video is addressed to international audiences: it is an attempt to manipulate public opinion abroad and to legitimize horrific attacks on protesters by recasting their response to your government’s actions in terms of counterterrorism. This effort by your government’s Communications Director amounts to little more than heavy-handed propaganda. It also attests to what protesting students and faculty, and indeed all political dissidents in Turkey, now face: criminalization, demonization and partisan online lynching campaigns financed by the state’s public coffers.

Boğaziçi faculty support for the protests is growing, as indicated by the faculty’s collective decision that none of them would be willing to serve as a deputy or advisor to the newly appointed rector. Faced with this defiance, your campaign against the university has now been extended to its faculty. In a speech you gave on 5 February 2021, you personally targeted Boğaziçi Professor Ayşe Buğra—an internationally renowned scholar of political economy who has been on the faculty since 1985—on the basis of both her family ties and her professional identity. Professor Buğra is the spouse of Osman Kavala, a philanthropist businessman and a rights defender who has been in pre-trial detention for over three years, despite a European Court of Human Rights decision calling on your government to release him. In your speech attacking Buğra, you described her as “the wife of the person who is called Osman Kavala and the representative of Soros in Turkey” and claimed she was “among these provocateurs,” with “provocateur” serving as your preferred term for describing university professors who exercise their free speech rights to express opposition to your government’s policies. The pro-government media immediately echoed your words. For example, a religious far-right daily, which serves as a hate speech platform and an instrument of public lynching campaigns against dissidents and intellectuals, published the names and pictures of five female Boğaziçi professors under the headline “They are not academics but terror-supporting militants.” The story under the headline alleged that there was a “militant group” of 33 Boğaziçi professors instigating protests, “manipulating an education army 900 strong.” The newspaper accused the professors of supporting various groups designated as terrorists by your government, such as the PKK, DHKP-C, and “FETO”, while also accusing them of having taken an active role in the Gezi uprising of 2013. Labeling professors with defamatory terms such as “PKK shield”, “veteran activist”, and “pro-traitor,” these media reports all but invite harassment and vigilante violence against them. Nor are professors alone in being targeted for supporting the Boğaziçi protests: Independent MP and prominent journalist Ahmet Şık now also faces the charge of “engaging in overt provocation to commit a crime.”

Beyond these troubling developments, your government has also directly targeted the institutional structure of the university, using the powers you have concentrated in your own office and person to devastating effect. In a midnight presidential decree on 5 February 2021, you ordered the creation of two new faculties at Boğaziçi University—one in law and the other in communications. There can be no question that the creation of new faculties or departments at a university without consultation with its faculty and administration represents a new low in the authoritarian governance of universities in Turkey. Moreover, this move appears to be a blatant power grab designed to install your own cadres of academics as new hires to the university under the authority of the rector you installed. In light of the size of comparable faculties of law and communications at other universities, current estimates suggest that you will have the opportunity to appoint 40 to 70 academics to the law faculty and 40 to 70 to the communications faculty, radically changing the composition of the university’s academic personnel and fundamentally altering the university’s structure. The complete disregard for the university’s needs, resources, strategic plans, and, most importantly, its traditions of self-government and academic freedom is staggering. This decree, which undermines the academic integrity of one of Turkey’s most prestigious universities, is sadly consistent with your government’s disgraceful record of battering the country’s best educational institutions and undermining the autonomy and quality of higher education in Turkey.

The disregard for Boğaziçi University’s resources and strategic plans is especially stark in this case as the university has previously considered expansion into new academic fields but ultimately decided against such a course due to the limited size of the campus and its urban environment. The aggregation of power in your office that enables you to unilaterally override the considered decision of the university is itself a novelty that bespeaks the diminution of academic freedom and civic rights in Turkey. You have the power to establish new faculties by decree only because of a prior decree (KHK 703), issued during the state of emergency in 2018. The decree changed the relevant clause of the Higher Education Law, removing the role of the Council of Higher Education (YÖK)—and, indirectly, the role of the universities themselves—in the process of establishing new schools within existing universities. The erosion of the autonomy of the institutions of higher education in Turkey under your leadership, which we addressed in our letter of 20 January 2021, has now entered a new phase.

Finally, we are deeply concerned by several media reports indicating that your systematic attacks on Boğaziçi may relate to your government’s ambitions to seize the university’s prized land on the hills of the Bosphorus (estimated to be worth more than $3.4 billion). According to these sources, your government plans to relocate the university to a new campus, confiscating the current campus by presidential decree. These rumors are consistent with your government’s troubling record of privatizing public assets and engaging in politically motivated retaliatory attacks against universities. We wrote to you about precisely these issues in our letter of 20 May 2020 concerning the case of Istanbul Şehir University, the assets of which were seized as part of your political conflict with former Prime Minister Ahmet Davutoğlu, a founder of that university. If the rumors concerning your plans for Boğaziçi University are correct, any such move will mark new heights in your assault on the principles of higher education, institutional autonomy, and academic freedom.

As a member state of the Council of Europe and a signatory to the European Convention for the Protection of Human Rights and Fundamental Freedoms, Turkey is required to protect freedom of thought, expression and assembly. Turkey is also a signatory to the Universal Declaration of Human Rights, the International Covenant on Civil and Political Rights, and the Final Act of the Conference on Security and Cooperation in Europe (OSCE), all of which protect the rights to freedom of expression and association, which are at the heart of academic freedom. The rights being trampled by your government’s actions are also enshrined in articles 25-27 and 42 of the Turkish Constitution.

We encourage you to engage with Boğaziçi University’s faculty and students directly, rather than targeting them in public speeches and inviting partisan media to follow suit. The students of Boğaziçi University invited you to such an engagement with their open letter of 6 February 2021. We urge your government to immediately cease using terrorism as a pretext to stifle dissent, and desist from targeting and inciting harassment of the Boğaziçi faculty. We further ask that your government restore the tradition of university self-government in Turkey, withdrawing not only Bulu’s appointment as rector of Boğaziçi University, but also rescinding the legal framework that enables you to make appointments of university rectors or unilaterally alter the structure of universities by presidential decree.

Thank you for your attention to this matter. We look forward to your positive response.

Ibrahim Kalın, Chief Advisor to the President and Presidential Spokesman

Viktor Almqvist, Press Officer for the Committee on Foreign Affairs of the European Parliament

Fiona Knab-Lunny, Member of Cabinet of Josep Borrell, High Representative of the European Union for Foreign Affairs and Security Policy

Christian Danielsson, Director-General for Enlargement at the European Commission

Irene Khan, United Nations Special Rapporteur on the promotion and protection of the right to freedom of opinion and expression

Boğaziçi Üniversitesi Rektörlüğü (Office of the Rector of Bogazici University)

Via Committee on Academic Freedom of the Middle East Studies Association

See the original letter on the Web.