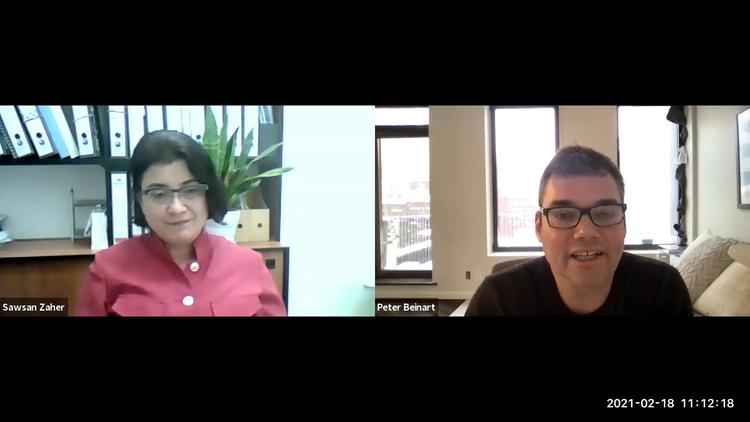 The decision was made based on the recommendations made by ICC Prosecutor, Fatou Bensouda, in December 2019, in which she declared that there is a “reasonable basis” to open an investigation into the war crimes committed by the Israeli occupation in Jerusalem, the Israeli military wars in the Gaza Strip, as well as the Israeli settlement activity in the West Bank. However, she asked the court to determine if it had territorial jurisdiction before pursuing the case. It is worth noting that the ICC prosecutor has been conducting preliminary studies of the criminal situation in Palestine since 16 January 2015.

The ICC ruling was welcomed by the Palestinian government, with Prime Minister Mohammad Shtayyeh considered it a victory for justice and humanity, and justice for the blood of the victims and their families. He also considered it a victory for the court itself, which thwarted Israel’s attempt to politicalise its deliberations. Therefore, Shtayyeh called on the court to speed up its judicial procedures in the cases brought before it, which include the crimes committed by Israel during its three wars on the Gaza Strip, in addition to the prisoners’ and settlement cases.

As for the Israeli side, it denounced the ICC decision, with Prime Minister Benjamin Netanyahu once again accusing the ICC of being a political body and not a judicial institution. The Israeli Foreign Ministry also issued a statement describing the ICC decision as anti-Semitic and affirming that it is a democratic state with an independent judiciary, and the ICC has no jurisdiction whatsoever in this matter.

The US State Department objected to the ICC decision; State Department spokesperson Ned Price expressed his country’s concerns about the court’s attempt to exercise its jurisdiction over the Israeli military, and said: “We have serious concerns about the ICC’s attempts to exercise its jurisdiction over Israeli personnel. The United States has always taken the position that the court’s jurisdiction should be reserved for countries that consent to it, or that are referred by the UN Security Council.”

Why are the Israeli authorities rejecting the ICC ruling?

There are many reasons that prompt the Israeli authorities to reject the ICC ruling and to describe it as a political body.

First, the decision is considered a clear condemnation of war criminals, including Israeli military and political leaders and settlers. Therefore, the Israelis fear the issuance of arrest warrants against them, and extensive security prosecutions, followed by the obligation of the Israeli occupation state to pay large financial compensation to the families of Palestinian victims.

Second, the ICC ruling confirms the legal status of the West Bank, Gaza, and Jerusalem, as Palestinian lands that are still occupied, and that the sovereignty of Israel, the occupying power over these lands, is temporary and de facto.

Third, it refutes all the Israeli and American allegations that challenge the State of Palestine’s membership in the ICC and their belief that the measures it takes in relation to the court are considered illegal.

Fourth, it nullifies the Israeli decisions to annex the occupied Palestinian territories, including the occupation’s decision to annex the city of Jerusalem, impose its legal sovereignty over it, and declare it a unified capital for Israel. In doing so, it also invalidates former US President Donald Trump’s recognition of Jerusalem as the capital of Israel and the transfer of Washington’s embassy to it.

Fifth, it clarifies the false mental image of Israel and its marketing in the Western and international forums as being the only democracy in the Middle East. It instead reveals its true image as a colonial, criminal, uprooting occupation that committed war crimes, crimes against humanity, ethnic cleansing, and genocide against the Palestinian people.

Although six years have passed since the start of the preliminary studies undertaken by the ICC prosecutor of the situation in Palestine, her ruling was moral justice for the Palestinian people and their cause that has been ongoing for more than 70 years. The decision is also a historic opportunity for the PA and human rights organisations to present thousands of documents condemning the Israeli occupation for the war crimes it committed in the Gaza Strip, the West Bank, and Jerusalem.

Therefore, we may witness hundreds of Israeli crimes against the Palestinian people coming to an end if the ICC’s decision results in practical steps that pursue offenders committing crimes in previous wars and place them on the international terrorism list. This would make this ruling an important step towards the right to self-determination for the Palestinian people in accordance with UN Resolutions 242 and 338, and the return of Palestinian refugees in accordance with UN Resolution 194.