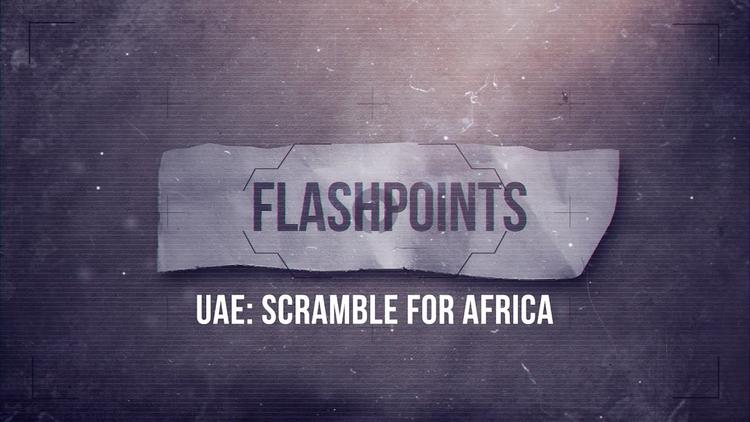 ( Middle East Monitor) – Since the 2011 Arab Spring the United Arab Emirates has been taking an active role in a number of hotspots from Egypt, Libya to Yemen. The Gulf nation has spent $26 billion annually on its defence budget since 2016 and this is expected to increase to $37.8 billion by 2025, according to Research and Markets.

A growing security and war industry with military deployments abroad, US generals often refer to the Sheikhdom as ‘Little Sparta’. As of 2020, The UAE has military bases in Eritrea, Djibouti and Somaliland, which further indicates the importance of the Horn of Africa to Abu Dhabi. The region offers excellent access to the Red Sea, the Mediterranean and the Gulf of Aden, all of which are vital to the Emirates’ economic future as a global trading hub. The military bases ensure Abu Dhabi can see off threats to its interests and secure its influence over East Africa at a time when it is expanding its income streams away from the petrodollar.

The 2015 war in Yemen and the 2017 blockade of Qatar have seen Abu Dhabi take a more aggressive role in East Africa.

Countries in the Horn of Africa have by and large welcomed growing ties with the Arab World, but in 2017 following the breaking of diplomatic relations between Saudi Arabia, the UAE, Bahrain, Egypt with Qatar, countries across the world were pushed to take sides.

Although the 2017 Gulf Crisis now looks like it is coming to an end, the countries in the Horn of Africa have already paid the price for it. Somalia found itself at the unwelcome end of the dispute.

Like other Horn of Africa countries, the Somali government adopted a neutral stance towards the Qatar dispute. The UAE, however, saw Mogadishu as silently in the pro-Qatar camp and Abu Dhabi was not pleased.

In 2017, as President Mohamed Abdul lahi Farmaajo assumed office, reports circulated that Qatar and Turkey had funded his campaign and further claims of officials appointed to prominent positions within Farmaajo’s administration having ties to Doha and Ankara unnerved Abu Dhabi.

The Somali government alleges the UAE is now actively destabilising the country, accusing it of funding opposition forces. These suspicions intensified after Dubai Ports World, DP World, bypassed the central government of Somalia and signed a deal with the semi-autonomous region of Somaliland to develop and operate Berbera port. DP World even brought in Ethiopian investment and gave Addis Ababa a stake in the port.

Mogadishu declared the deal illegal and tried to block it by taking out a complaint with the Arab League. Somaliland leader, Muse Bihi Abdi, said Farmaajo’s government was declaring war by attempting to block the deal. Under the deal, Somaliland stands to get investments of up to $442 million and a separate agreement with Abu Dhabi to allow the UAE’s military bases in the region could bring in a further $1 billion, according to the International Crisis Group.

Decades of civil war and the presence of extremist groups makes Somalia a very fragile country, fears UAE involvement could harm the country are a cause of constant concern for Mogadishu.

In 1989, Omar Al-Bashir, a military commander, launched a coup and seized political power in Sudan. By 1993, he declared himself president and his political party, the National Congress, became the dominant political force. The National Congress is Muslim Brotherhood aligned and as such was generally treated with suspicion by Saudi Arabia and the United Arab Emirates. However, in the 2010s, Al-Bashir’s regime began distancing itself from the brotherhood in order to improve its relations with the GCC countries.

Closer relations with Saudi Arabia and the UAE had a price. In 2015, Riyadh formed a coalition to intervene militarily in Yemen. In 2011, the Yemeni government led by Ali Abdullah Saleh faced mass street protests known as the ‘Arab Spring’, the pressure would force him to step down in 2012. The power vacuum led to large parts of the country being taken over by the Iranian-backed Houthi group. The Saudi-led coalition aimed to crush the Houthis and declared war on them. Sudan became an important member of the war coalition.

In 2018, a popular uprising took place against Omar Al-Bashir and in April 2019 the military forced him from power. The military then formed a new government with civil opposition groups with the aim of transforming Sudan into a fully-fledged democracy and the UAE moved to minimise the potential damage to its interests caused by the revolution.

However, the fall of Al-Bashir means the UAE’s position in Sudan is not guaranteed and some fear the Emirates could try to subvert Sudan’s democratic transition.

Ethiopia seems to have benefitted hugely from its partnership with the UAE, as the East African country has emerged as a big investment opportunity.

In February 2020, the UAE agreed to invest $100 million to support micro, medium and small scale projects across the country. Additionally, the UAE has pledged to build an oil pipeline between Ethiopia and Eritrea, which will provide the landlocked nation much needed energy.

Indeed this energy deal is possible after the UAE engineered a peace treaty between Eritrea and Ethiopia in 2018. The peace agreement was held up as an example of the UAE’s prowess. Ethiopia managed to gain these benefits while avoiding the polarising effects of the Qatar blockade.

In November 2020, armed conflict broke out in Ethiopia’s Tigray region between government forces and a powerful regional rebel army. The rebels’ leader openly accused the United Arab Emirates of carrying out a drone strike on Tigray, from its base in Eritrea, at the behest of Addis Ababa. While evidence has yet to emerge of the strike, it does indicate there is some local anxiety about the role Abu Dhabi might be playing in this potentially explosive situation.

Ethiopia could cause issues for the UAE and Saudi Arabia, as another close ally of the Gulf States, Egypt, has expressed anger at Addis Ababa’s dam across the River Nile. The Renaissance Dam built by Ethiopia reduces Nile water levels in Egypt, harming its energy, economic and environmental needs. Negotiations to find a solution keep breaking down and regional tensions are high.

The Horn of Africa is the playground for rising UAE aspirations and is a microcosm of what the UAE aims to replicate across the African continent. Much of this is driven by the decline of US influence globally, new regional alliances and powerhouses are emerging to manage international security. However, the UAE does not exercise total control over East Africa and is still in the early stages of developing its reach and influence. The Horn is full of flashpoints and the UAE could either help stabilise or destabilise the region.

MEMO: “UAE: The scramble for the Horn of Africa”