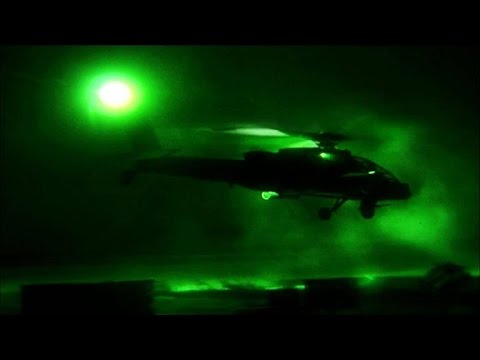 It was a short message to end a short war. On February 26 1991, Iraqi foreign minister Tariq Aziz put his signature to a letter addressed to the United Nations Security Council:

A few hours later, at 8am Baghdad time, a ceasefire entered into effect. The international military campaign, dubbed by the United States as “Operation Desert Storm”, had lasted only a few weeks. And yet, as recent rocket attacks against US targets in Iraq illustrate, its consequences are still with us today.

But how did it all begin? The then Iraqi leader Saddam Hussein criticised what he saw as Kuwaiti “economic treachery” related to the production and pricing of oil. When Kuwait refused to lower its oil production, Saddam began what would become a shortlived military intervention in the neighbouring oil-producing country.

Saddam’s motives in fact related to his need to replenish an impoverished Iraqi economy that had been severely undercut by a protracted and costly war against Iran (1980-1988), which resulted in more than 1.5 million estimated Iraqi and Iranian deaths.

Not quite grasping what the waning of the cold war would mean for his own regional ambitions, Saddam ordered the invasion and annexation of Kuwait on August 2 1990.

Once diplomatic and economic pressure to deter Saddam failed, the US – under then president George HW Bush, assembled the largest international coalition since the second world war and – with the authorisation of the UN Security Council – began a five-week military operation that pushed Saddam’s forces back into Iraq and reinstated the Kuwaiti royal family at the helm of the country.

Military action included the systematic targeting of Iraqi infrastructure, including the sustained – and controversial – attack against retreating Iraqi military personnel along the road connecting Kuwait with Iraq, which was subsequently dubbed the “Highway of Death”.

The rapid military campaign was a success – and its implications were potentially massive. Before the intervention, Bush had addressed the US Congress, stressing the importance of the “unique and extraordinary moment”.

The crisis in the Persian Gulf offers a great opportunity to move toward an historic period of cooperation. Out of these troubled times … a new world order can emerge: a new era – freer from the threat of terror, stronger in the pursuit of justice, and more secure in the quest for peace.

The rapid success of the international military campaign, whose legitimacy was reinforced by unequivocal UN authorisation, ushered an era of triumphalist confidence in the possibilities of such a “new world order” and in the US ability to mould it.

Reasons to be cheerful?

Back then, there were reasons to be optimistic. One of them related to the cooperation – unseen up to that point – between Americans and Russians. Despite Iraq having been one of its main cold war clients in the region, the Soviet Union quickly endorsed the US-led military operation. Indeed, at the time of Saddam’s invasion of Kuwait, US secretary of state James Baker and Soviet foreign minister Eduard Shevardnadze were in a meeting together and rapidly issued a joint statement of condemnation of Iraq’s aggression against Kuwait.

Recently declassified sources show that US-Soviet cooperation back then was more difficult than the leaders’ statements led the world to assume at the time. Yet speaking in October 1991, Soviet leader Mikhail Gorbachev underlined that:

without a radical improvement and then a radical change in Soviet-US relations, we would never have witnessed the profound qualitative changes in the world that now make it possible to speak in terms of an entirely new age, an age of peace in world history.

He added that, “the right conclusions have been drawn from the Gulf War.” But had they? In Iraq, Saddam remained in power, and bombing and sanctions against his regime continued into Bill Clinton’s presidency. Until in 2003, in the wake of 9/11 and of the invasion of Afghanistan, the then president George W. Bush declared a new war against Iraq with the disputed justification of Iraq’s alleged development of weapons of mass destruction.

Many commentators saw the conflict as a way to deal with the “unfinished business” of the first Gulf War started by Bush’s father. Military “contractors” flooded into Iraq, with complex consequences that are still playing out. One of the last acts of the US presidency of Donald J. Trump involved pardoning four Blackwater security contractors. These were responsible for the 2007 Nisour Square massacre, a shooting that killed 14 Iraqi civilians, including nine-year-old Ali Abdul Razzaq. UN human rights experts condemned the presidential pardon as an affront to international justice.

The war of the early 2000s left behind a much weakened Iraqi state infrastructure, and a high body count – a situation that rendered Iraq an easy prey to the forces of the Islamic State, which took over Mosul in 2014, continuing a legacy of violence and brutalisation.

Many saw the end of the 1991 Gulf War as the beginning of an “age of peace”, to quote Gorbachev. The hope at that time was that the country – and the region – could prosper. Instead, the ceasefire of February 28 marked the end of a conflict that had been remarkably short, but whose consequences and unintended outcomes are still being felt to this day.