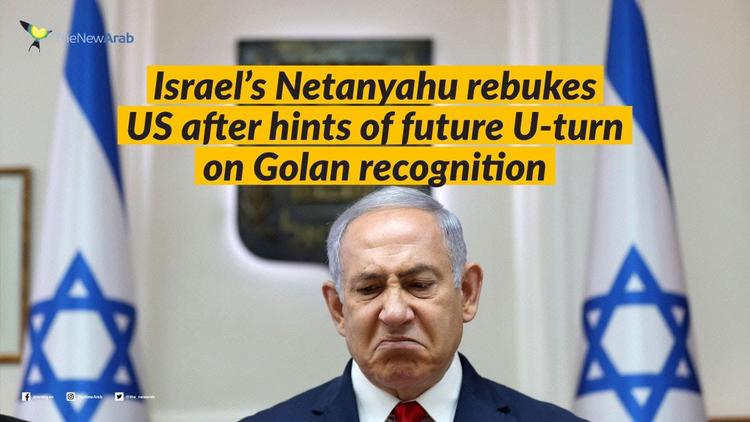 ( Middle East Monitor) – Rabbi Meir Kahane is considered something of a prophet by the Israeli right-wing.

He openly advocated expelling all Palestinians from historic Palestine between the river and the sea – what he called “the Land of Israel”.

“The Jews and Arabs of the Land of Israel ultimately cannot coexist,” he wrote in his 1981 manifesto, They Must Go. “There is only one path for us to take: the immediate transfer of Arabs from Eretz Yisrael, the Land of Israel.”

Although liberal Israeli elites still view Kahane as a fanatic extremist, the reality is that Kahanism has today gone mainstream in Israel.

The latest sign of that came last week, as Israeli Prime Minister Benjamin Netanyahu brokered a merger agreement between two far-right parties in next month’s general election, to form the “Religious Zionism” list.

Former Transport Minister Bezalel Smotrich united with fanatical Kahanist settler and lawyer Itamar Ben-Gvir of the “Jewish Power” party. In return, Netanyahu offered Smotrich a vote-sharing agreement and chairs on the judicial appointments committee. Netanyahu wanted to avoid the right-wing vote being split too much, which would have damaged his chances of forming a ruling coalition.

Smotrich recently called for Israel to wipe the Palestinian village of Khan Al-Ahmar off the map, in revenge for the International Criminal Court’s ruling that it can investigate Israel for war crimes. “What matters is not what the Gentiles will say but what the Jews will do,” he said, quoting an infamous phrase attributed to Israel’s first prime minister, David Ben-Gurion (who, incidentally, was supposedly on the “left”).

Ben-Gvir is such an extreme Kahanist that he openly displays a picture of Israeli terrorist Baruch Goldstein in his home. Goldstein was a member of Kahane’s Jewish Defense League (JDL) from New York, and in 1994 he massacred 29 Palestinian men and boys inside Hebron’s Ibrahimi Mosque. In 2019, he said: “Gaza should be levelled and we should return to Gush Katif” (the former settlement bloc Israel evacuated in 2005).

Liberal Israeli daily Haaretzresponded to the news of Netanyahu’s embrace of these radicals with an editorial dubbing the prime minister “The Kahanist From Balfour Street” (that being the location of the official prime ministerial residence). One of the newspaper’s columnists wrote: “Netanyahu [has] become the Godfather of Jewish supremacy.”

It is, of course, true that the Kahanists are Jewish supremacists and that Netanyahu is a racist, but these editorials miss the wider point. As the Israeli human rights group B’Tselem put it recently, the state of Israeli itself enforces a Jewish supremacist regime on the Palestinians as a whole – regardless of the government of the day. The whole state of Israel itself is a racist entity.

When the supposedly left-wing Israeli Labor Party ruled the state for decades, it was no less a violent, racist state. In fact, the worst and most notorious crimes of Israel were carried out by the Israeli Labor Party (under one name or another): the ethnic cleansing of 1948 in which some 800,000 Palestinians were expelled by Zionist militias, and the 1967 invasion and occupation of the West Bank and Gaza.

The only real disagreement that the Israeli Labor Party and the liberal Zionists at Haaretz have with the Kahanes and the Ben-Gvirs is that they are a more crude and frank expression of Zionism. Both end up carrying out the same, or very similar, policies. The Kahanists and the Likud party are just more open about it.

This is quite similar to the illusion of difference between Donald Trump and Joe Biden. US liberals despised Trump, not for his racist imperialism and war crimes – they almost always agreed with him on foreign policy, except when they thought he wasn’t bombing enough countries or wasn’t carrying out coups in Latin American effectively enough – but for his crudeness and poor management of the empire.

Similarly, Kahane himself, when he arrived in Israel from New York, was despised by the liberal Zionist establishment, not so much for his policies, as for the open fashion with which he expressed his racism. He was shunned even after being elected to the Knesset in 1984.

The Israeli branch of his JDL terror organisation – the Kach – was banned from running in the 1988 election. But today, there is no need for Netanyahu to un-ban the Kach – he’s already adopted much of Kahane’s approach and policies.

The Religious Zionism list is currently polling high enough to enter the Knesset, with around four seats. Kahanism has truly gone mainstream in Israel.

The New Arab: “Israel’s Netanyahu rebukes US after hints of future U-turn on Golan recognition”