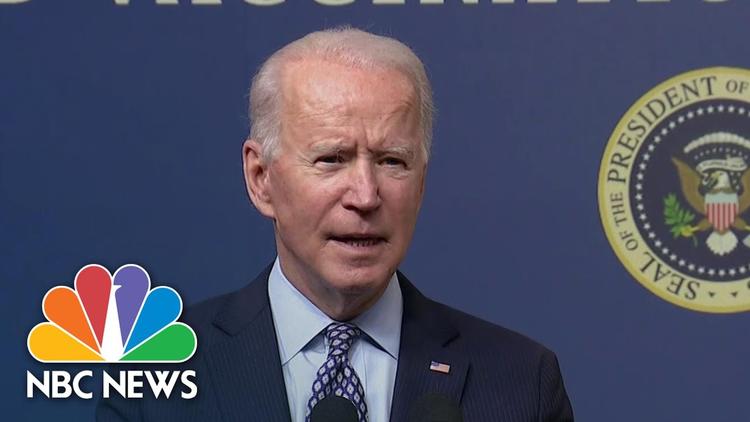 Ann Arbor (Informed Comment) – Al-Quds al-`Arabi [Arab Jerusalem]’ reports that at least seventeen fighters were killed in U.S. air strikes on Thursday night on small bases on the Syrian border with Iraq. The bases south of Al-Bu-Kamal belong to the Brigades of the Party of God [Kataeb Hezbollah] and the Brigades of the Prince of Martyrs, Iraqi Shiite militias that are linked to Iran. They are being used in part to prevent ISIL terrorists from going back and forth between eastern Syria and northern Iraq. The paper depended on Rami Abdelrahman, who runs the networked Syrian Observatory from the UK.

The Observatory said that the airstrikes produced “the destruction of 3 trucks carrying materiel that had come up from Iraq.” I.e., they were likely supplying weapons to the Shiite militias in Syria. It added, “There are a large number of dead, and early reports say that at least 17 Iraqis in the People’s Protection Forces were killed.” The PMF are Shiite militias who receive training and support from Iran, and who were recognized in 2018 by the Iraqi parliament as a sort of Iraqi national guard. The PMF played a key role in defeating the so-called ‘Islamic State’ group [ISIL] beginning in 2014 after the Iraqi Army had collapsed.

Washington is describing the airstrike as revenge for the Shiite militia bombardment last week of a base at Erbil in Iraqi Kurdistan that has US contractors and troops. One non-American contractor for the US on that base was killed and a US soldier suffered a concussion from a rocket blast. The Brigades of the Party of God denied responsibility for that attack, though in the past it has been happy to assert it undertook a rocket strike on a base with US personnel. Another shadowy group, the Brigades of the Guardians of Blood, said it did the Erbil bombing. The US is saying that this was a “proportionate response,” but “a large number” of dead militiamen don’t seem proportional to the Erbil casualties (mind you, the attack on the base in Erbil was a war crime).

On the other hand, Masrour Barzani, the president of the Kurdistan Regional Government [KRG] of northern Iraq, insists that the Brigades of the Party of God is the responsible party. The US should be careful not to be drawn into intra-Iraqi feuds like that between the KRG and the Shiite militias.

The US interprets any action by Iraqi Shiite militias as directed from Tehran, but this assumption is unsafe. Iran does not have command and control over these militias. In fact, their line of command goes up to the PMF top brass, who supposedly report to Iraqi prime minister Mustafa al-Kadhimi. He is said, however, to be unhappy with the lawlessness of the militias and unable to rein them in.

Members of the hoary foreign policy “blob” inside the Beltway told the Washington Post that the strike was intended to let the Iranians know that the US could not be pushed around, in advance of the opening of negotiations over the US return to the 2015 nuclear deal with Tehran.

That’s the most damn fool thing I’ve ever heard.

The US tore up the nuclear deal in 2018 and never had abided by its part of the bargain, to lift economic sanctions on Iran. President Biden should concentrate on nuclear issues if he wants a nuclear accord, and avoid extraneous distractions like militias.

On Jan. 3, 2020, the odious Trump murdered the head of the Brigades of the Party of God along with Iranian general Qasem Soleimani at Baghdad International Airport. Trump tried playing tit-for-tat with the Iraqi Shiite militias last spring, during which two US and one British service personnel were killed. Local US commanders in Iraq begged their higher-ups to knock it off.

The Biden team seems to want to start back up the tit-for-tat low intensity war with the Iraqi Shiite militias. They will lose. The Shiite militias have detractors among 40% of Iraqis, but have the support and loyalty of most of the other 60%.

The Iraqi parliament voted for the US to withdraw from Iraq in February, 2020, which the odious Trump refused to do, turning the US troops in that country into an occupation force over an unwilling country. The US did agree to withdraw all but 2500 US troops from Iraq, and the Trump administration had wanted to be completely out by May, 2021.

As for Syria, the 1,000 US troops in that country are there illegally. The Syrian government doesn’t want them, and they aren’t defending the United States, so their presence is a violation of international law.

NATO is putting 4,000 troops into Iraq to help with mopping up operations against ISIL, which still carries out attacks in northern Iraq. Biden should turn the mission over to our NATO allies and bow out. There is too much bad blood now between the US and the Iraqi Shiite fighters for an American troop presence to be accepted.

Moreover, Biden et al. have some bad karma from the last decade in Syria. Some of the Iraqi Shiite militias went up to Syria to help fight ISIL and al-Qaeda-linked Sunni extremist militias, as well as Muslim Brotherhood units, who were attempting to overthrow the Baathist government of Bashar al-Assad in Damascus. These Shiite militias provided troops to the regime, which had lost two thirds of its army to defections of Sunnis tired of the regime’s oppressive dictatorship and favoring of Alawi Shiites. The Shiite militias were given air support by the Russian Aerospace Forces.

The US under the Obama administration ignored the rising threat of ISIL in hopes that the hyper-Sunni terrorist organization would put pressure on the al-Assad regime. Then the Obama administration used Saudi Arabia to transfer billions of dollars to the Sunni militias, most of them Muslim Brotherhood. Although Washington said it vetted the groups receiving funds to make sure they did not have extremist ties, the Saudis likely slipped some of the money to Salafi Jihadi groups like Jaysh al-Islam, which denounced democracy and vowed to ethnically cleanse non-Sunnis (all kinds of non-Sunnis are some 20 percent of Syria’s population). Moreover, US-bought arms certainly made their way to Jabhat al-Nusra, now HTS, which is an al-Qaeda affiliate, and the US-backed groups fought shoulder to shoulder on the battlefield against the Syrian Arab Army and the Shiite militias that came to support it from neighboring countries.

So the Biden team of NSC adviser Jake Sullivan and Antony Blinken, who had supported allies of al-Qaeda and allowed the Saudis to slip US money to extremists, have now bombed the Shiite fighters who defeated the Sunni extremists.

The United States has no vital interests in Syria. Biden should pull out the 1,000 troops there, who may be involved in a war crime if they are helping with the exploitation of small oil wells in the southeast by groups other than the Syrian government.

The US may have vital interests in Iraq, but there is too much bad blood for that relationship to go smoothly. We should get out of there, as well, and leave it to NATO.