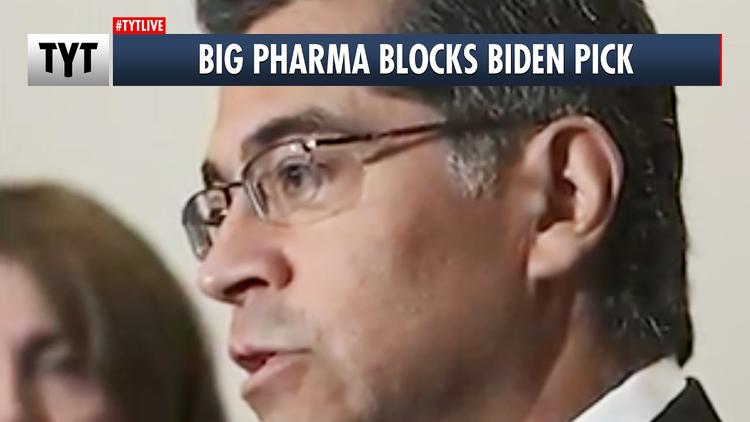 Gainesville, Florida (Special to Informed Comment) — President Biden, the Democratic Party and America’s neoliberal vision of world order is rooted in an economic philosophy of privatization and financialization. To assure privatization goals of the 1% oligarchs, distinguished economist Michael Hudson writes that this is achieved by “conquering the brains of a country by shaping how people think. If you can twist their view into unreality economics, to make them think you are there to help them and not to take money out of them, then you’ve got them hooked.” To maintain corporate control of U.S. health care insurance, our system is privatized and unregulated. Private, big insurance companies are in the business of making money, not providing health care, and when they undertake the latter, it is likely not to be in the best interests of patients or to be efficient. Administrative costs (and immense profiteering ) are greater in the private health care insurance system, and even Medicare itself is weakened by having to work through the private system.

Biden and many Democrats have spent their careers defending the financial sector, including big insurance and big pharma, whose leading policy is also to maintain and further privatize basic health care financing and infrastructure. Economist Hudson notes that, “Biden’s long political career has been right-wing. He’s the senator from Delaware, the country’s most pro-corporate state – which is why most U.S. corporations are incorporated there. As such, he represents the banking and credit-card industry. He sponsored the regressive bankruptcy “reform” written and put into his hands by the credit-card companies. As a budget hawk, he’s rejected Modern Monetary Theory (MMT), and also “Medicare for all” as if it is too expensive for the government to afford – thereby making the private sector afford to pay 18% of US GDP for health-insurance monopolies, far more than any other country. That means blocking governments from providing basic services at cost or on a subsidized basis – education, health care/health insurance, roads and communications. Privatized and financialized economies are high-cost.”

Although health insurance affordability for the majority of US citizens remains a very large problem, Pres. Biden’s latest health insurance plan wants to shift many more dollars into private, Wall Street insurance industry hands. The takeover of health insurance by private Wall Street entities continues apace as Democrats/Biden propose to increase taxes and give it to the private profit insurance industry – the source of our profound administrative waste, along with the costly administrative burdens they place on the delivery system. Profiteering continues unabated as private insurance sells us services we don’t need/want , such as deductibles and other cost sharing, maintenance of narrow networks, requiring prior authorization with increased administrative costs, excessive ongoing paperwork/documentation requirements, all while avoiding paying for surprise bills and other denied benefits.

The American Rescue Plan (ARP), a $1.9 trillion stimulus package increases government subsidies to health insurers for covering recently laid-off workers and those who purchase their own coverage. The ARP spends $34 billion expanding the Affordable Care Act subsidies for two years. The changes would make upper-middle-income Americans newly eligible for financial help to buy plans on the Obamacare marketplaces, and would increase the subsidies already going to lower-income enrollees. The stimulus package also subsidizes private health insurance premiums for newly unemployed workers. The legislation that the House passed would cover 85 percent of COBRA premiums through September.

When compared to an improved, single payer Medicare for All (M4A) insurance plan, Biden’s plan is disappointing and at best a bandaid approach. We need a system that is truly universal – everybody in, nobody out. Biden’s proposal will add more participants to the current program, but still leave millions out. M4A is truly universal:

1). Patients should have free choice of their professionals and health care institutions. Biden would continue health plans with restrictive networks that take away free choice. M4A allows choices within the entire health care system.

2). The privatization of public programs such as Medicare through Medicare Advantage and Medicaid through private managed care programs have proven to provide poor value for the taxpayer (obscured by cherry picking and lemon dropping) and should be eliminated. Biden would continue these programs, whereas M4A would eliminate them.

3). Fragmentation results in dysfunctional financing of health care. Biden would perpetuate fragmentation whereas M4A would bring an end to it.

4). Biden’s proposals would add more administrative burden along with the costs they entail. M4A is specifically designed to greatly reduce this burden and its associated costs.

5). Medicaid carries the stigma of being a welfare program which results in legislative underfunding and neglect. Biden would attempt to expand Medicaid in those states that have underutilized it. M4A would terminate the program and move everyone into a universal, comprehensive and equitable program.

6). We need a program that is affordable for each individual and for society as a whole. Biden’s plan will add significantly more spending to the program while leaving it still unaffordable for too many individuals. M4A would achieve all goals of financing reform without significantly increasing spending.

“Although health care expenditure per capita is higher in the USA than in any other country, more than 37 million Americans do not have health insurance, and 41 million more have inadequate access to care. Efforts are ongoing to repeal/revise the Affordable Care Act which would exacerbate health-care inequities. By contrast, a universal system, such as that proposed in the Medicare for All Act, has the potential to transform the availability and efficiency of American health-care services. Taking into account both the costs of coverage expansion and the savings that would be achieved through the Medicare for All Act, we calculate that a single-payer, universal health-care system is likely to lead to a 13% savings in national health-care expenditure, equivalent to more than US $450 billion annually (based on the value of the US$ in 2017). The entire system could be funded with less financial outlay than is incurred by employers and households paying for health-care premiums combined with existing government allocations. This shift to single-payer health care would provide the greatest relief to lower-income households. Furthermore, we estimate that ensuring health-care access for all Americans would save more than 68 000 lives and 1·73 million life-years every year compared with the status quo.”

Even with todays dangerous and burgeoning coronavirus(Covid-19) pandemic, big insurance and big pharma still oppose legislation for the new Medicare for All (HR-1384/S-1129). These resistant, self-serving industries have the most to lose if their huge profits are redirected to direct patient care for all. Individual and corporate predators regard democracy, government, community as obstacles to their greed and avarice, always placing profits over individual patients, families and public health. It’s no wonder so many beholden members of Congress want to protect the interests of big insurance and big pharma, industries who spent $371 million on lobbying in 2017 alone.

These industries always seek to lock us into an obsolete private insurance-based model that holds everyones health hostage to profiteering HMOs and unaccountable big insurance companies for years to come. For proponents of political expediency, the question remains, who will be lost while profiteering continues and basic principles of public health are rejected. Every year, well over 18,000 unnecessary deaths, the equivalent of six times the number who died in the September 11 attacks, are linked to lack of health insurance coverage. Pandemics like COVID-19 are quickly increasing these numbers.

The COVID-19 pandemic and its economic consequences have caused the greatest losses in health insurance enrollment in U.S. history: 5.4 million laid-off workers have become uninsured. Also important to remember that all was not well before the pandemic. Nearly 28 million people were already uninsured and tens of millions more were underinsured – unable to afford the out-of-pocket costs that were not covered by insurance.

We have tens of millions of individuals without insurance, many more who are underinsured, many who have impaired access to their physicians because of insurer network restrictions, many who face financial hardship when health needs arise, and an outrageously expensive system due to the profound administrative waste of the insurers and the burden they place on the health care delivery system when immense profit is required. With millions losing their jobs due to Covid-19, the dangers of connecting health insurance to employment are painfully clear. Health insurance must be tied to citizenship, not employment.

The real boogeymen opposing M4A are the private health insurance and pharmaceutical industries who have the most to lose if their profits are redirected to direct patient care. Beholden members of Congress want to protect the interest of insurance and Pharma. Big Pharma and Big Insurance donor industries have literally bought most of our legislators (both Democrat and Republican). A massive disinformation/fear campaign has promoted the myth that Medicare for All would limit choice of doctors and hospitals, create unsustainable costs, and expansive, uncontrolled bureaucracy. These myths better describe the reality of our present system based on the private insurance industry.

If we are a society that cares enough to see that everyone receive the health care they need, the basic point of Medicare for All, then it’s important that citizens reject catastrophic expectations and predictions, false fear and scare tactics of the M4A opposition. Citizens now better understand that the real cause of high US health insurance costs is the private insurance industry’s need for high profit. A record number of Americans reject our fractured, profit-based health insurance system and support programs like House Bill H.R. 1384 or Senate Bill S.1129, which improve Medicare’s benefits by adding in previously uncovered services such as dental, hearing, vision, and long-term care while eliminating cumbersome out-of-pocket fees with prepaid health insurance.

Although Medicare for All supporters are often derided as unrealistic, in fact it’s not realistic to expect that Americans will continue passively accepting ‘how much money is in the bank account’ as the most significant factor in their mortality. The USA is a country where health insurance for medical and mental health care is a function of socio-economic status. Everyone knows that this inhumane system should have been corrected long ago, but the ravages of the pandemic crisis makes it impossible to any longer avoid reality. We must immediately end our moral crime of having the greatest health system in the world, but only for those who can afford it. In addition to strickly following the basic principles of public health and epidemiology, the very best way to cope with the vast dangers of COVID-19 to everyone is to immediately implement improved Medicare for All legislation now filed in Congress, H.R. 1384/S.11