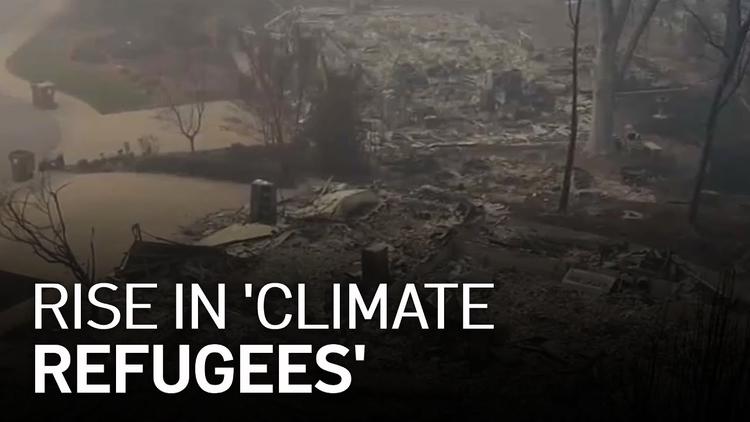 By Sarah Sharma and Matthew Hoffmann | –

Canada and the United States are suddenly steeped in policy proposals to aggressively cut carbon emissions. In the face of a climate emergency and on the heels of numerous climate disasters, this is welcome news indeed.

In the U.S., the newly minted Biden administration has unleashed a series of executive orders to tackle the climate crisis. Canada recently pledged to transition its economy to net-zero by 2050 and released an updated national climate plan.
Announcements are easy — now comes the hard work.

The recipe for making headway on this new climate agenda has two key ingredients. Defuse political opposition. Build political support. But it’s not so simple.

Unfortunately, some still believe they can gain politically by opposing climate action with misinformation. Take Texas, for example. The recent climate-related winter storm left millions without power and killed dozens.

Right-wing politicians falsely blamed renewable energy and the Green New Deal. Here’s a fact-check: The Green New Deal hasn’t been passed and freezing natural gas lines contributed most to the collapse of the electricity system.

As politics researchers, we are deeply concerned with the scale of action required to avoid climate collapse. A vital piece of a just transition to a low-carbon society will be to expand the number of people and sectors that see themselves as “winners” in this transition.

A just and socially accepted transition must protect society’s most vulnerable from climate change impacts while simultaneously shielding those whose livelihoods will be disrupted by transformation. A just transition must also diffuse rather than consolidate economic power in the midst of climate action.

Political opposition to climate action often pits economics against the environment. This false dichotomy ignores how our economic future fundamentally depends on the health of our environment.

But proponents of climate action too often feed into this narrative, engaging in what Jennie C. Stephens, a sustainability science and policy researcher at Northeastern University, calls climate isolationism. They rely on overly narrow, technology-centric solutions.

Enduring, transformative climate action requires integrating social, economic and environmental policies holistically, so that institutions can better serve their citizens. Copenhagen, Denmark, is a model city with a climate plan that integrates climate action, urban investment and job growth to create a liveable sustainable city. This model views climate transformation as a necessary opportunity to improve the lives of Copenhagen residents in multiple ways.

Policy integration means thinking differently about how governments are structured. The Biden administration is starting to orient the U.S. federal government cohesively around climate action. The U.S. now has both domestic and international climate “czars” and is integrating climate change across departments.

Given the scale of transformation necessary to meet the Paris agreement’s goals and commitments, climate action is inherently implicated across government files. It may be better to mainstream climate action throughout the government.

Canada’s recent ministerial mandate letters are an improvement. But furthering comprehensive action means orienting more, if not all, ministries to a just transition. Crucially, the ministries of Indigenous Services, Middle Class and Prosperity and Diversity and Inclusion and Youth lack clear mandates around climate action. Provincial and municipal governments must also adapt to this new policy-making environment.

Technology and technological innovation will certainly play a sizeable role in the unfolding transformation. But technologies, like carbon capture, biofuels, renewable energy, electric vehicles and smart neighbourhoods are not silver bullets.

Technological innovation must be pursued in ways that engage communities and are geared towards social goals. This can enhance the support necessary for sustaining climate action beyond the introduction of a technology.

One only has to look as far as the Sidewalk Labs debacle in Toronto to see the pitfalls of a strategy that put technology ahead of community needs. This project failed to prioritize community well-being and civic engagement. Instead, Sidewalk Labs proposed corporate control over 190 acres of Toronto’s waterfront and did not plan to adequately protect personal data.

COVID-19 has exacerbated socio-economic disparities according to income, gender, race and geography. Canada has joined a number of countries in pledging to “build back better” and support marginalized and underrepresented groups in the context of COVID-19.

This pledge needs to go beyond rhetoric. Policy-makers should acknowledge and address anxieties towards change transparently. The communities that will be most severely affected by climate impacts or from climate action must be supported with concrete resources.

This includes stimulus for low-income families, anti-racism measures, investment in public projects and decent work for those whose livelihoods are most threatened by climate change or transition policies.

Climate ambition in North America is long overdue and welcome. Now, let’s turn that ambition into transformative action. These guidelines can help build the broad-based political support necessary in a climate emergency. That support will flow from individuals and communities imagining and experiencing improved lives through this transition to a low-carbon world.

NBC Bay Area: “How More Americans Are Becoming ‘Refugees’ Because of Climate Change”