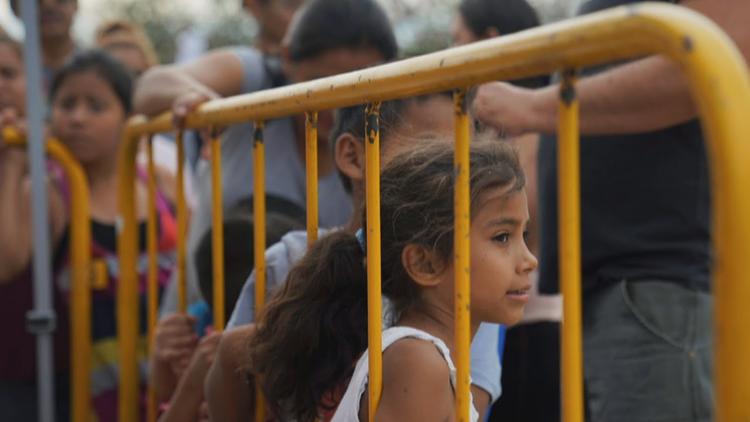 Hundreds of thousands of immigrant families have been separated by deportation from the United States, in many cases with a parent on one side of the border and children on the other, according to estimates by the Urban Policy Institute and Migration Policy Institute. Reunification is a priority in President Joe Biden’s proposed immigration overhaul and in bills that both the House and Senate will debate in coming weeks.

Both bills have provisions to preserve “family unity.” These include giving immigration judges increased discretion in deportation cases and allowing the secretary of homeland security or attorney general to waive deportation orders or allow deported parents of U.S. citizen children to return to the U.S.

Under U.S. immigration law, any noncitizen – including legal permanent residents – may be deported for committing a serious crime. Undocumented immigrants may be removed simply for being in the country without a valid visa and banned for 10 years or more.

Since 2016, I have coordinated a digital storytelling project called “Humanizing Deportation,” which has published personal narratives, in audiovisual form, from over 250 migrants. It is the world’s largest qualitative database on the human consequences of deportation and other harsh penalties of U.S. immigration law.

Our research shows that deportation doesn’t just hurt the migrants who get deported – it also does serious harm to their families, especially children.

Here are two such stories, told by the separated families themselves. Our project does not verify migrants’ stories, and what you read here is based on their recollection of events.

Tania Mendoza arrived in California in 1989 at age 3, brought by her parents from Mexico, undocumented, to escape poverty.

In 2010 Tania was arrested after a domestic dispute with a guy she was dating. Though no charges were filed and Tania had no criminal record, she was turned over to Immigration and Customs Enforcement and deported. She was 24 and a mother.

Just two years later, Tania would have qualified as an undocumented childhood arrival, or “Dreamer,” and been protected from deportation by the Obama-era Deferred Action for Childhood Arrivals.

Her toddler daughter remained with the child’s father in Los Angeles.

Tania recalls her daughter watching her get detained by the L.A. Police Department: “That was the last time I ever saw her,” she told us tearfully.

Tania says separation from her daughter was the hardest part of life after deportation. Since she shared custody with the father, she could not take her daughter with her to Mexico without his consent.

Mother and daughter stayed in touch by phone until 2016, when the father – to whom she was not married – cut off all contact.

“He took her phone away and just decided she was better off without me,” Tania said. “So my heart broke even more.”

After two years without contact, a family court judge awarded Tania phone visitation rights – the best proxy for enforcing the existing shared custody agreement due to Tania’s removal from the country.

Tania has communicated regularly with her daughter since but has not seen her, except on a screen, for over 10 years.

Nowadays, she says, getting a simple text like “Hi, Mom, how was your day?” fills Tania with feelings of hope.

Family separation made headlines during the Trump administration, when Central American families seeking asylum were separated at the border. About 500 families remain separated today.

But family separation occurred during the Obama administration, too. Between 2009 and 2016, the U.S. expelled an average of 383,000 immigrants per year, according to Department of Homeland Security data. That surpasses Trump, whose government deported 325,000 annually over the first three years of his administration. George W. Bush’s administration averaged 252,000 deportations a year.

So many deported immigrants who’ve shared their stories with us tell of the deep and enduring damage inflicted when their removal meant that their children lost their mom or dad.

Parents are rarely able to provide or care for their families from abroad. And the trauma of losing a loved one for an extended, indefinite period can be significant, especially for children. Psychologists have observed anxiety, depression, hyperactivity and other symptoms commonly associated with post-traumatic stress disorder in children who’ve lost a parent to deportation.

Why don’t deported parents just take the kids with them? As Tania’s story shows, this is not always practical, or even possible.

When Rosa Ortega’s husband was taken to an immigration detention center in San Bernardino, California, in 2017, and then deported to his native Peru, it was a devastating ordeal for the couple’s three young children.

In the story Rosa and her daughter Zuri recorded for us that same year, Rosa says she didn’t know how to explain to the children why their father was taken from their house in handcuffs, nor answer their questions about how long he would be gone.

Rosa’s eldest child, Zuri, a teenager, had to step in and assume responsibilities usually handled by her father.

“Instead of him being there on [my sister’s] first day of kindergarten, it was me,” Zuri told us.

She said losing her father had forced her to “mature and grow up” and that she deals with “more than what you are supposed to” because she is “filling in that role as a parent but still being a child at the same time.”

Zuri is among the thousands of children who just might get to see their dad again under Biden’s immigration reform plan.

But it has to pass the House and Senate first.