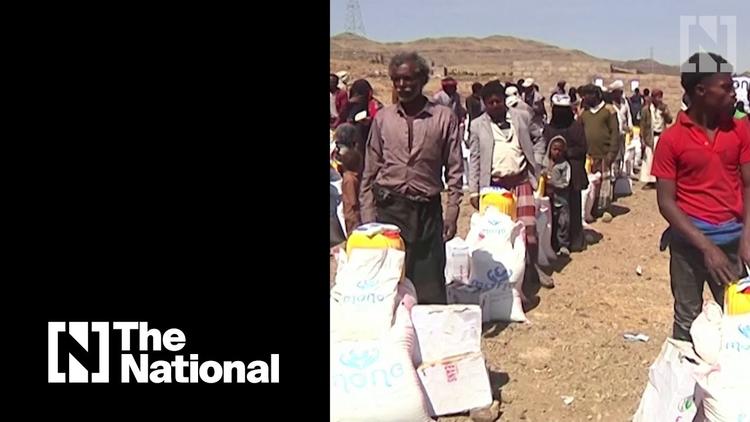 ( Human Rights Watch) – Imagine what it is like to live in the world’s worst humanitarian crisis: You are in a daily struggle for survival and you don’t know where your next meal will come from. This is the reality for many in Yemen, where an unmitigated humanitarian emergency fueled by years of armed conflict has pushed millions of people into the “worst famine the world has seen in decades,” according to the United Nations.

The humanitarian crisis has been exacerbated by Yemen’s economic collapse. The sharp depreciation of the Yemeni rial, which makes imported food, oil and other necessities more expensive, has dramatically reduced households’ purchasing power and harmed the livelihoods of millions of Yemenis.

Yemen’s international donors need to grapple with these harsh realities when they meet on March 1 for a high-level humanitarian pledging event on Yemen organized by the UN, Switzerland, and Sweden.

Many Yemenis and humanitarian workers are concerned that donors will again fail to meet the challenge. Last year’s pledges were US$1.35 billion, $1 billion less than what the UN said it needed to continue operating its aid programs. A number of countries, including Saudi Arabia, the United Arab Emirates (UAE), and Kuwait have not even fulfilled the amounts pledged.

But the level of support is not the only issue. Last September Human Rights Watch documented that the parties to the conflict, notably the Houthi armed group, which controls much of the country, as well as the Yemeni government and affiliated forces, and the UAE-backed Southern Transitional Council, have at times severely restricted the delivery of desperately needed humanitarian aid.

As much as it is critical to address the shortfalls in humanitarian aid pledged to Yemen, donors should pressure parties to the conflict to lift obstacles on humanitarian aid and allow aid agencies to have safe and unimpeded access to populations at risk. Mitigating Yemen’s economic collapse should also be at the heart of discussions by Yemen’s donors and supporters.

The National: “US pledges $191 million in Yemen aid as UN urges donors to give more”