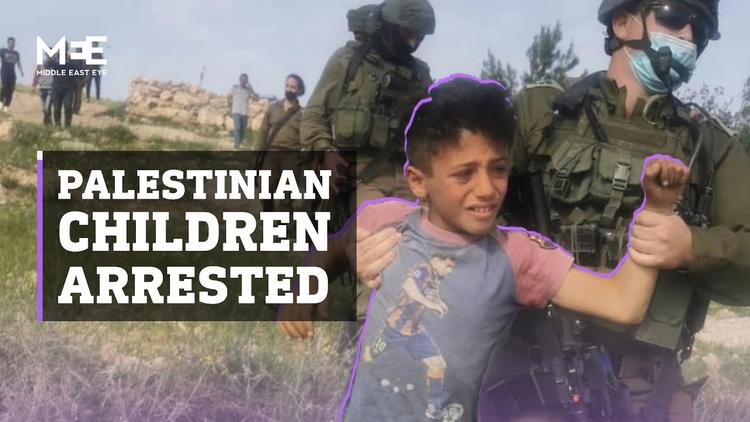 Ann Arbor (Informed Comment) – Since the year 2000, the Israeli military in the Occupied Palestinian West Bank has “detained, interrogated, prosecuted, and imprisoned approximately 13,000 Palestinian children,” according to Defense for Children International. Nowadays Israel typically prosecutes between 500 and 700 children annually in military courts. Even though they are civilians and children, they are essentially court-martialed.

Wednesday, it added five more to the total.

Americans were outraged when the Trump administration separated children from their parents at the border and detained them. Yet Israel routinely arrests children and keeps them outside any civil legal system, trying and imprisoning them under military law. It never comes on US television news.

The children from the same set of villages who were arrested on Wednesday were between 8 and 14 years old, and were reportedly terrified. Masafer Yatta is a collection of hamlets south of Hebron, and were picking an artichoke-like wild vegetable from land around their village. 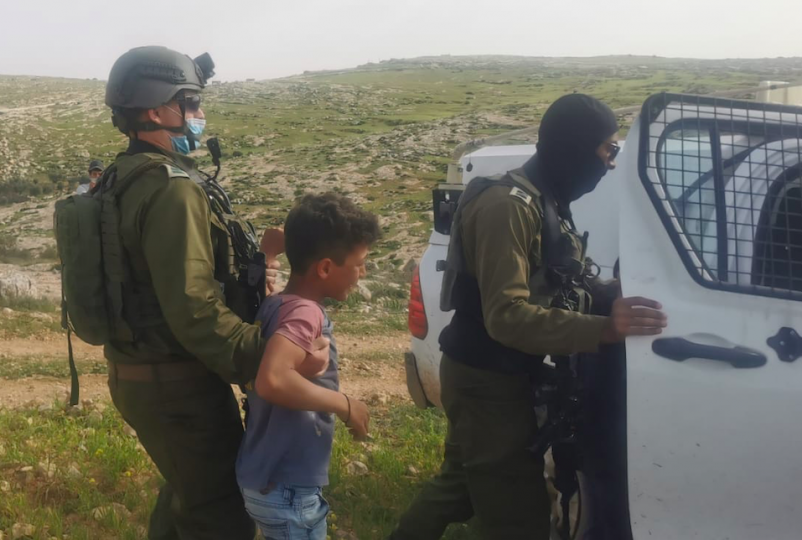 Israeli squatters had made an illegal settlement (not even recognized in Israeli law) on stolen Palestinian land nearby, and these objected to the presence of the children, apparently claiming the wild vegetables as their on. So the Occupation soldiers happily carted them off. For picking artichokes. On their own land.

The children were detained for five hours, and the two older children are being called back next week for possible prosecution for trespassing (!!!).

The Masafer Yatta villages fall in “Area C,” which is still under direct Israeli military control, but according to the Oslo peace accords of the early 1990s, Israel was supposed to have withdrawn entirely from these areas by the late 1990s. Instead, it is intensively colonizing them in hopes of pushing out the indigenous Palestinians.

Palestinian officials said that the villages where the detentions took place were subject to constant attacks and harassment from the Israeli squatters, most of them religious fanatics, and from Israeli troops. Palestinians are stateless, lacking passports or any legal power over their own lives and property, and are kept in this slave-like condition by the far right wing Israeli government and by the United States government.

Such is life under Occupation, especially for children.