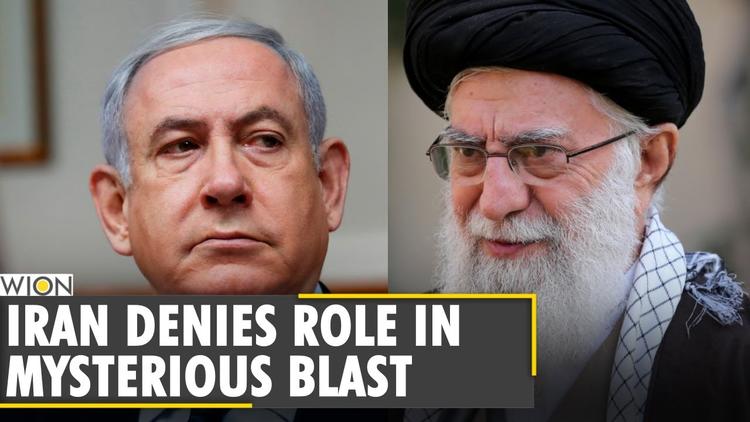 ( Middle East Monitor) – The Arabian Gulf has turned into an arena for confrontation and possible conflict between Iran and Israel now that it has become certain that Iranian elements attacked the MV Helios Ray. The suspicious vehicle-carrier belongs to Israeli businessman Rami Ungar, known for his strong relationship with Mossad Director Yossi Cohen.

According to Iranian newspaper Kayhan, which is close to Supreme Leader Ali Khamenei, the ship is likely to be affiliated with the Israeli spy agency and is involved in suspicious activities in the Arabian Gulf near Iran’s territorial waters. This makes it a big target that was probably spotted a while ago, despite its cover as a British cargo ship.

Kayhan celebrated the attack and its high level of professionalism as a response to Israel’s attacks on Iranian soil, the most recent of which was the killing of nuclear scientist Mohsen Fakhrizadeh in November. However, the more dangerous matter is that the newspaper linked the wave of normalisation in the Gulf countries and the higher level of Israeli intelligence and security activity targeting Iran to justify the attack on the Helios Ray and warn against similar attacks likely to be launched by elements affiliated with the resistance. It did not give any names or details.

Israel did not deny its involvement in attacks within Iranian territory, both those that targeted nuclear facilities and ports such as Bandar Abbas. This opens the door to conflict between Israel and Iran, not least because Israel announced a month ago that it had sent one of its submarines through the Red Sea, bound for the Arabian Sea, without revealing its mission or the reason for its presence there.

The cold war between Israel and Iran in the Arabian Gulf has become more visible, and it is feared that the repercussions will extend to the Gulf States, turning it into a proxy war whose flame ignites the Gulf ports and oil facilities. This could cause great damage to the economies in the region.

According to the website Marine Traffic and Dryad Global group, concerned with maritime security, MV Helios Ray was heading from the Saudi port of Dammam towards Singapore. However, Israel has launched its own investigation by sending a security delegation to the UAE. This means that the potential fireball is rolling towards the Arab countries and their ports, far from Israel and its direct interests.

The Arab countries are expected to pay the price for the war between Israel and Iran, as the latter will not take into account the interests of its Arab neighbourhood. Moreover, Israel does not care about the security, well-being, and interests of the Arabs. Hence, the attack on the Israeli ship on Thursday was just one episode in the long series of confrontations between Iran and Israel that will not end without causing great damage to the Gulf economies. This makes Israel and its “security” activity in Gulf waters a threat that is no less harmful than the policy pursued by Iran in the Gulf and the Red Sea.

Israel has mostly exacerbated the crisis in the Gulf region, fuelling conflicts therein and opening the door to more political and security complications. Indeed, it has opened the door for new players concerned about Israeli moves, such as Pakistan, which is suspicious about Israeli influence getting closer to the Arabian Sea…