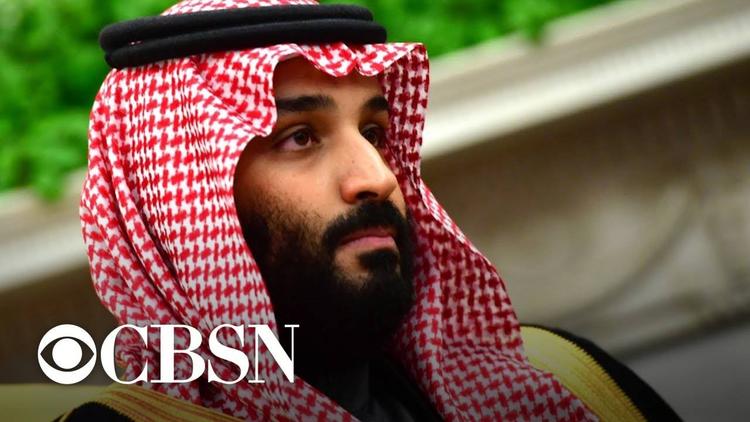 ( Middle East Monitor) – The Biden administration has finally authorised the Director of National Intelligence in Washington to release a report about the 2018 murder of journalist Jamal Khashoggi. Donald Trump blocked its release, challenged Congress and failed to implement the law proposed in this regard. In doing so, he helped Saudi Arabia’s Crown Prince Mohammed Bin Salman to escape sanction for the heinous crime.

President Joe Biden, meanwhile, looks to be trying to demonstrate to the American people and the rest of the world that his term in office is going to be different to that of his predecessor. It could also be seen as one way of settling old scores with Trump.

However, in allowing the report to be released, Biden has not overlooked the nature of US-Saudi relations politically, economically and militarily. He has adopted a carrot-and-stick approach and decided not to sanction the prince for his alleged role in Khashoggi’s murder. Instead, he has punished 76 of Bin Salman’s advisers, aides and security officials, whose names are listed in the report, according to the Khashoggi Ban Law, which will include anyone who is proven to have violated the rights of journalists.

When Bin Salman was interviewed on the CBS 60 Minutes programme he was asked about accusations that he was involved in the killing at the Saudi Consulate in Istanbul. His answer was confident and defiant: “There isn’t an official statement announced by the American government in this regard.” He clearly did not think that the day would come when this report would see the light of day.

Nevertheless, in consideration of US interests in Saudi Arabia, the report was redacted. Serious evidence was removed, including the audio transcripts and video recordings that have been available to the Americans since 2018. Former CIA director Gina Haspel presented the evidence to members of Congress, after which Bob Corker, the Republican chair of the Senate foreign relations committee, told journalists, “If the crown prince went in front of a jury, he would be convicted in 30 minutes.”

Instead of showing such compelling evidence explicitly condemning Bin Salman, vague and ambiguous terms have been used.

“We assess that Saudi Arabia’s Crown Prince Mohammed Bin Salman approved an operation in Istanbul, Turkey to capture or kill Saudi journalist Jamal Khashoggi,” said the report. “We base this assessment on the Crown Prince’s control of decision-making in the Kingdom since 2017, the direct involvement of a key advisor and members of Mohammed Bin Salman’s protective detail in the operation, and the Crown Prince’s support for using violent measures to silence dissidents abroad, including Khashoggi.”

It pointed out that, “Since 2017, the Crown Prince has had absolute control of the Kingdom’s security and intelligence organisations, making it highly unlikely that Saudi officials would have carried out an operation of this nature without the Crown Prince’s authorisation… This suggests that the aides were unlikely to question Mohammed Bin Salman’s orders or undertake sensitive actions without his consent.”

In total, the report was weak and loaded with speculation and analysis. It did not add to what we already knew and the world has been convinced of since the crime. It has always been believed that it was impossible for a team of Saudi agents to carry out the assassination without the direct permission of the crown prince. The US intelligence community played the role of a witness who saw nothing, even though it saw everything.

The CIA contributed to this report and was aware of the plot. It apparently recorded a call by the then Saudi Ambassador to Washington, Bin Salman’s younger brother Khalid, encouraging Khashoggi to go to the Istanbul consulate and assuring him that it would be safe to do so.

After Khashoggi’s murder, the Trump administration asked Bin Salman to expedite Khaled’s departure from the US and to appoint a new ambassador to replace him. He duly returned to the Kingdom where Bin Salman rewarded him by making him his deputy defence minister.

Let us, for a moment, imitate the US intelligence agencies and speculate about what might also have happened. I say “might” because, of course, we don’t know for certain, but it is “likely” that the CIA has transcripts of calls between Bin Salman and Trump’s son-in-law Jared Kushner, informing him of the plot against Khashoggi; it is “likely” that Kushner told him that Trump would not object. It is very “unlikely” that Bin Salman would give the go ahead without at least an amber light from Washington just as it is very “unlikely” that Saudi officials would have carried out an operation of this nature without the Crown Prince’s consent.

Hence, it could be argued that Trump’s desperate defence of Bin Salman and his protection from any legal accountability was first and foremost protection for himself and a card to play when milking Saudi Arabia for as much money as possible. Biden will probably use this same card, but in a more sophisticated manner under the pretext of human rights. He will not be satisfied with petro-dollars alone, as Trump was and which Bin Salman paid willingly as long as Trump turned a blind eye to the human rights violations in the Kingdom. Biden is, we are told, reassessing the position of Saudi Arabia.

I believe that Joe Biden has done Bin Salman a huge favour with this inadequate report, given that there are a number of cases filed in US courts related to Khashoggi’s murder. They have been postponed and may well produce irrefutable evidence that effectively put Mohammed Bin Salman in the dock. However, according to this intelligence report, they are just suspicions insufficient for formal accusations, and so the prince could be off the hook in the eyes of the law.

However, this does not mean that Biden wants Bin Salman to remain as crown prince and accede to the throne, because he knows that he is the choice of Trump and Kushner. That explains in part why Biden did not call him, but instead called his father, King Salman, before the report was published, and insisted that his son should not be party to the call. This suggests that the Biden administration wants Bin Salman removed as crown prince, not because of his crimes, but because his policies harm US interests. It is these, not principles, which are important. The choice of a new crown prince is left to the King and he has been reassured by the nature of this report that his son will have a safe departure.

The US put the ball in Saudi Arabia’s court with diplomacy and professionalism. It is now up to the wise individuals within the ruling family to decide what should be done for the benefit of the Kingdom, because Mohammed Bin Salman is a pariah in the world, and a burden on them all.