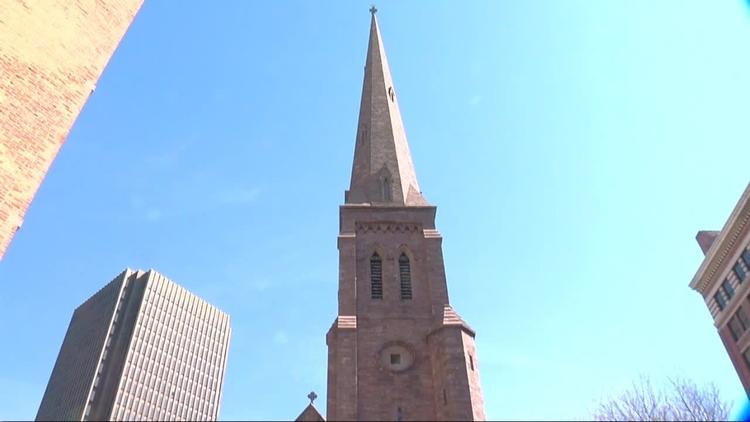 Ann Arbor (Informed Comment) – Since about 2000, Americans have begun abandoning religion in droves, especially but not only the younger generations (Millennials and younger). Now a Gallup poll finds that for the first time in seven decades, only 47% of Americans say they belong to a church, synagogue or mosque. That figure was 70% in 1999.

The United States from 1945 to 2000 was a peculiarly religious society for an industrialized country, with substantially more Americans saying they believed in God and belonging to a church, synagogue or mosque than in the other G7 countries.

In a 2008 poll, only 3% of Americans said they did not believe in God. In contrast, nearly a quarter of the French were atheists at that time, and over a third of Czechs. Some 18% of British and Swedes were atheists then.

Typically, twenty years ago, about 8% of Americans would answer “none” when you asked what their religion was. Obviously, 5% felt they had no religion but weren’t sure there was no God– only 3% said the latter.

Gallup finds that the “nones,” Americans who express no religious preference, have risen to 21% nowadays.

Since people without a religious preference are not all that likely to belong to a church, Gallup reasons, about half of the fall in church membership over the past 20 years can be attributed to the increase in the “nones.”

That increase is especially visible among Millennials (people born 1980-2000) and Gen Z (people born after 2000). Only 36% of Millennials belong to a church or other congregation. And the process of becoming unchurched seems to be accelerating among the younger generations, with a decrease in church members of 15% among Millennials in the past decade.

The decrease in church membership is not only a phenomenon of the Millennials and Gen Z. And even people with a stated religious preference have left their churches, especially Catholics.

Some 76% percent of self-identified Catholics belonged to a church in 1999. That figure today is 58%. The particularly steep fall among Catholics is surely tied to the revelations of church corruption and cover-ups of pedophilia in the priesthood. We have seen drops in church membership among Catholics in Germany and even Ireland for the same reason. Catholics comprise about a fourth of Americans.

East Coast people, independents and Democrats have seen the biggest fall in church membership over the past two decades.

In contrast, church membership has remained more common among conservatives, Republicans, residents of the South, college graduates, and married adults.

The Gallup poll does not in this instance attempt to answer the question of why church membership rates have fallen off a cliff.

Two causes have been found in polling, though it is a complex issue and surely multi-causal.

A 2014 poll found that among Millennials who had become unchurched, fully one third of them gave as the reason a discomfort with the prejudice and discrimination against LGBTQ persons in churches. There was a massive shift in public opinion in the US about gays from the 1990s, and many churches did not go along. Most Millennials saw nothing wrong with being gay and had openly gay friends, and became uncomfortable with anti-gay sermons or practices.

Another thing driving Millennials and Gen-Z away from religion is the Republican Party’s alliance with the evangelical movement, such that religiosity is identified in the minds of many of them with a Republican identity. For Millennials who vote Democratic, there may be a tendency to pull away from the church precisely because such membership has become a marker of a Conservative ideology.

As Daniel Cox and Amelia Thomson-DeVeaux pointed out at fivethirtyeight.com,, Michele F. Margolis, “How Politics Affects Religion: Partisanship, Socialization, and Religiosity in America,” The Journal of Politics 2018 80:1, 30-43, argued that the difference among the young in the two parties is accentuated when they marry and have children. At that point, she finds, Republican young marrieds often return to the church if they had lapsed, because they want help in raising their children with moral values. But in this generation, the Democratic young marrieds are not returning to the church on having children and in interviews often say that there are other ways of instilling morality in children than via the church. Indeed, to the extent that churches preach anti-gay prejudice and their congregations disproportionately supported the odious Trump, it may well be that many such Democratic unchurched couples feel that the church itself has become a center of immorality to which they do not want to expose their children.

Cox and Thomas-DeVeaux mention yet another explanation that has been proposed, which is that before the internet, people met marriage partners in social settings and often there were mixed marriages, with one partner religious and the other not. Children from such homes were exposed to at least one religious parent and so might get interested in religion. That is, the religious “nones” were diluted. But with the rise of internet dating, the unchurched could marry others not interested in a church membership, and such a couple would raise their children without a religious affiliation.

Both these latter theories suggest that Americans are becoming more tribal, with a Democratic less-religious and a Republican more-religious tribe, and that the two do not much intermarry.

That conclusion would explain a lot about our current political polarization. As the church gets caught in the cross-fire of the two tribes, it has started struggling to survive.

By the way, to have more than half of Americans unchurched is hardly unprecedented. Church membership was quite low in the 18th century when the US was founded. Things change.

WKBW TV: “Where are the faithful?: Major church membership decline”