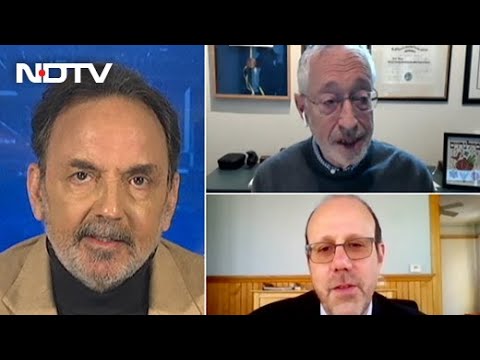 Southwest Harbor, Maine (Special to Informed Comment) – Our commercial media have followed the ups and downs of the vaccine roll out in the United States even as much less attention is devoted to the experience of poor nations. Pundits and TV anchors periodically acknowledge that lethal viruses don’t respect borders but seldom discuss the political and economic implications of that truism. The recipes for vaccines also cross boundaries—in the highly privileged form of intellectual property. Too little attention has been paid to the role played by intellectual property in driving domestic and international inequities. The intellectual property regimes that have guided research and development are not only self-defeating in the short term they also slow the long term development of a science that will becomes even more crucial as pandemics becomes more common

The World Health Organization (WHO) head points to this shocking statistic:

:“Between them, G7 nations have secured enough vaccines for every one of their citizens to be vaccinated three times over, while many poor countries are yet to receive a single dose.

These nations are members of the World Trade Organization, which allows them to export to other member states without facing high tariff burdens. This is so called free trade. Nonetheless under most contemporary agreements it has been free trade with an increasingly important exception. Members must accept the patent standards enacted by other member states. A patent on a drug, medical device, or vaccine is a domestic monopoly governing who can produce, market, and distribute that item. Trade agreements extend that monopoly privilege and responsibility to the whole membership. Monopolies and oligopolies are usually very profitable for those who own them. Generally they limit production and increase prices in excess of what a competitive market would do.

The pharmaceutical giants and their lobbies maintain they need monopoly profits in order to fund the cutting edge research that has given us these highly efficacious vaccines.

“Basic research conducted… .at the National Institutes of Health (NIH), Defense Department and federally funded academic laboratories has been the essential ingredient in the rapid development of vaccines in response to COVID-19. The government has poured an additional $10.5 billion into vaccine companies since the pandemic began to accelerate the delivery of their products.”

The Moderna vaccine emerged directly out of a partnership between Moderna and Graham’s NIH laboratory.

Coronavirus vaccines are likely to be worth billions to the drug industry if they prove safe and effective. As many as 14 billion vaccines would be required to immunize everyone in the world against COVID-19. If, as many scientists anticipate, vaccine-produced immunity wanes, billions more doses could be sold as booster shots in years to come.”

Those billions in excess profits are one reason the vaccines have yet to gain much of a foothold in poorer nations. The United States has increased its commitment to the international effort by G—7 states to respond to this severe shortfall. “ The USA committed initial $2 billion to Gavi, the Vaccine Alliance for the COVAX Advance Market Commitment and a further $2 billion through 2021 and 2022,…” (WHO Newsletter) Nonetheless COVAX remains almost 23 billion dollars short of its stated goal.

In response both to this inequity and to the continuing carnage inflicted even in advanced states a more grass roots initiative has emerged. “The People’s Vaccine Alliance is a coalition of global and national organizations and activists united under a common aim of campaigning for a ‘People’s Vaccine’. The call for a People’s Vaccine is backed by past and present world leaders, health experts, faith leaders and economists.” People’s vaccines would still receive direct government subsidies and would benefit from continuing R and D by government. They would, however, be required to meet stringent conditions. Their ongoing research must be posted and any discoveries posted in the public domain. And as in the case of a public utility prices would be limited to the standard competitive level. For more information visit: https://peoplesvaccine.org/

That pharmaceutical interests are resisting such efforts is hardly surprising. This initiative is a challenge to their whole business model. Nonetheless COVID19 and its variants reduce poor nations to producers of pathogens that will continue to disrupt economic and social life in wealthy nations. There are good reasons for many business interests to join the People’s Vaccine and/or the effort to suspend these draconian IP rules.

These rules not only exacerbate inequalities within and between nations they also distort and derail scientific progress. Scientists working in the interest of future patents will no longer share information or provide the kind of transparency on which many major discoveries depend. Even wealthy nations need all the popular involvement and creativity they can muster now,