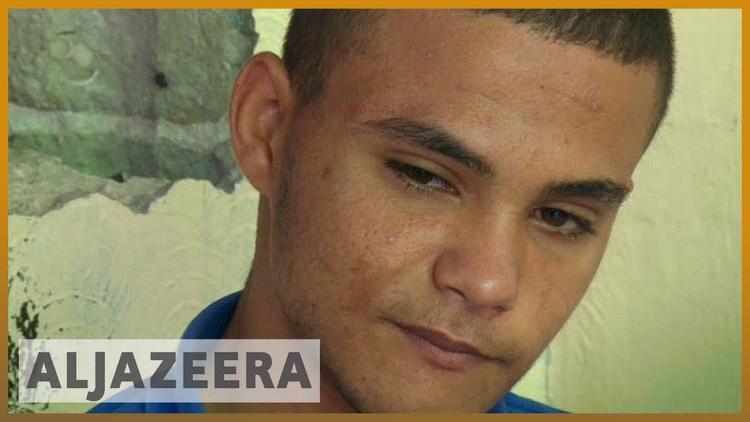 ( Middle East Monitor ) -There is a major mental health crisis brewing in the Israeli-occupied West Bank and Gaza Strip. A study published in a medical journal in 2014 gives the grim and shocking figure that as many as a quarter of Palestinian adolescents living in those territories have attempted to take their own lives.

This is a higher figure than in neighbouring countries. The causes of suicidal ideation can be complex, but we can safely say in this case that Israel’s apartheid regime is the overbearing factor.

In the years since that study, things have only got worse. Increasing numbers of people killed and wounded in successive Israeli military offensives against the Palestinians in the Gaza Strip, alongside the lengthy and ongoing ethnic cleansing carried out by the Jewish-supremacist state, cannot do anything but create despair and a sense of hopelessness. The crisis seems particularly acute in the Gaza Strip, a small coastal territory in which two million people live in often appalling conditions due to Israeli brutality.

Mental health is an unreported aspect of the long Israeli war against the Palestinian people. However, even for the lucky few who manage to escape the open-air prison that is the Gaza Strip under Israeli-Egyptian siege, the nightmare does not end.

An article by the young Palestinian refugee Tamam Abusalama on The Electronic Intifada website this week was a sobering reality check in this regard. In this incredibly moving piece, Tamam bravely opened up about the reality of her trauma.

During Israel’s murderous 2008-09 “Cast Lead” assault on the civilian population of the Gaza Strip, her family came close to death on numerous occasions. She explained in the piece how, now living in Belgium and undergoing cognitive behavioural therapy, she has begun the long process of trying to deal with the trauma imposed on her by Israel.

“No matter how hard I tried, I was not able to escape from what happened on the first day of Operation Cast Lead,” she wrote. “The sound of Israel’s helicopters were still buzzing in my head.”

Tamam is the sister of Shahd Abusalama, another EI contributor and a Palestinian writer and PhD student living in Britain. She recounted that she and her sister were at school on the first day of that bloody offensive against Gaza, when Israeli forces attacked a site nearby.

“We fled the school together but became separated outside. On the streets, I kept calling out for Shahd but could not find her. Thankfully, we were soon reunited. But the thought that Shahd could have been killed on that day has stayed with me ever since.”

She continued by explain that the horrors that she witnessed in Gaza have not left her. “I often have trouble sleeping. When I do get to sleep, I often have nightmares. I am regularly consumed with fear and anxiety. I feel unsafe, unstable and uncertain.”

Talking through such horrific trauma, even to a therapist – let alone telling the world by writing about it online – takes an immense amount of courage.

Tamam also recalled the day when she was forced to flee barefoot from their home – along with her entire family, and their neighbours in the same apartment block – because of an Israeli threat to bomb their building. Thankfully, the attack never came and they carried on with their lives as best as they could.

“I get flashbacks of my parents’ faces when we were told to evacuate our home,” she wrote. “They looked terrified and helpless, unable to fulfil their basic duty of protecting their children.”

Israel’s practice of “roof knocking” — warning Palestinians ahead of reducing their homes to dust by dropping non-explosive shells on the roof before the high-explosive aerial bombardment follows — is often whitewashed in the Western media and Israeli propaganda as a “humanitarian” consideration. In reality, it is part of Israel’s entrenched, generations-long system of intense mental abuse of the entire Palestinian population.

According to Tamam, “Israel’s psychological warfare has become more extreme since Operation Cast Lead.” In the 2012 and 2014 wars against Gaza, “Israeli forces phoned Palestinians with hostile messages, dropped leaflets with threatening content from planes and interrupted Palestinian radio and TV programmes so that they could broadcast Israeli propaganda.”

Through the process she is undergoing with her therapist, wrote Tamam, she has come to the realisation that her trauma is simultaneously personal and the result of what Palestinians have experienced over many generations. “My own trauma is part of Palestinians’ collective memory and consciousness.”

How many more expulsions, massacres and injustices will we allow Israel to carry out before the colonial state is finally called to account for its many crimes? The International Criminal Court investigation — which Israel fears so much — cannot come soon enough.