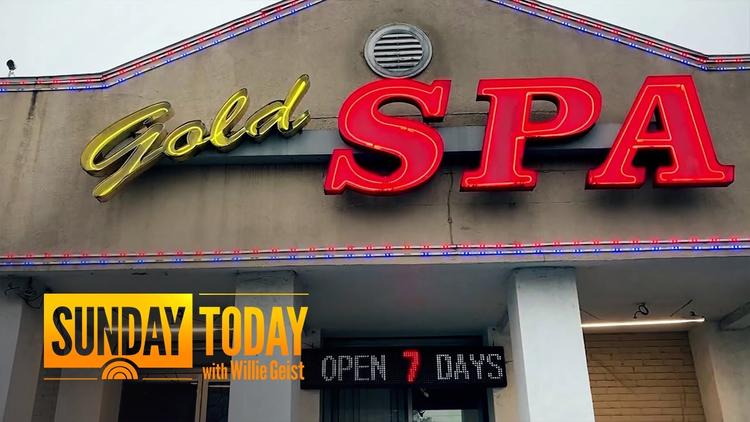 Orono, Maine (Special to Informed Comment) – The deadly mass shooting on March 16 targeting Asian American women working at massage parlors in Atlanta, GA is neither a tragic happenstance, nor an isolated case of a (sexually) frustrated white man having “a really bad day” – as in the words of Cherokee County’s Sheriff Jay Baker (who has himself been accused of having racist views). Last Tuesday’s shooting is the latest and horrific demonstration of what historically rooted and systematically sustained racism, xenophobia, anti-Asian rhetoric, hyper-sexualization of Asian women, and misogyny look like when they have been diligently interwoven over generations and across borders to form one titanic, timeless and gruesome patchwork quilt.

A particularly ugly segment of that patchwork quilt can be found in none other than this country’s own war in Indochina more than five decades ago. In that war, racism, sexism, and neo-colonialism coalesced into a monstrous war machine that systematically dehumanized and sexually exploited indigenous women. While prostitution, or “sex work,” was first brought to Vietnam by the French colonial conquest in the mid-19th century, it was the arrival of American ground troops in 1965 that compelled this so-called “profession” to mushroom and flourish. By 1966, hundreds of brothels – dubbed “recreation centers,” “Disneylands,” or “boom-boom parlors,” had been established around the newly-formed American military bases across South Vietnam.

Plunged into poverty and hunger by a merciless war machine created in the name of “democracy,” droves of women and girls were forced to become prostitutes, bargirls, and “hootchmaids” whose livelihoods depended entirely on the American military presence. Their commodified bodies became the very sites of the violence perpetrated against them, both by their patrons and by the venereal diseases that plagued wherever Western colonialism touched. The failure to contain the spreading of diseases was so conspicuous that military brothels hung signs that read “Girls with Tags Are Clean. Girls without Tags Are Diseased.”

As such, prostitutes and bargirls were tragically subjected to at once brutal violence stemming from war, poverty, and misogyny, and debilitating social degradation in a Confucian society that prized above all women’s chastity and sexual abstinence. Many were hurt and killed by their husbands out of jealousy, their fathers out of shame, and, most of all, by patrons out of anger or mere hatred. By the war’s end in 1975, over 500,000 prostitutes had been generated among South Vietnam’s population of 18 million. This explosion of prostitution and other forms of sexual violence and exploitation during the American war would forever transform the dynamics of Vietnamese gender relations and diminish women’s positions in an already prejudiced society.

In short, one needs not be reminded that violence against women is only the most extreme manifestation and an inevitable result of a world built around male supremacy – just as racial/colonial violence is a product of white supremacy, and poverty a revolting fruit of unhindered greed. In our patchwork society, then, poor and low-income women of color – many of whom have been compelled to work in poorly-paid, dangerous and often exploitative trades across the globe – are bound to face multi-layered oppressions and injustices, especially in wartime but also in peacetime.

As many advocates and progressive lawmakers have cautioned us, the question concerning supporters of women’s rights, in light of what happened last week, should not be about how to better police hate crimes, because ample evidence exists to show that over-policing has only hurt women and people of color more. The question, instead, should be about recognizing and conscientiously tackling the structural predicaments of our current system, and to inquire among and within ourselves: How might we reposition our perspectives and discourses in order to fully hear and give space to these women’s voices? What fundamental changes must we individually and collectively undertake to ensure their voices are answered, their dignity preserved, their lives safeguarded? What steps must be taken so that women and girls – especially of minorities and those living in poverty and insecurity – are no longer under-heard and overlooked, no longer trying to over-perform only to remain under-appreciated?

It will take time and a concerted effort to figure all of these out. One thing remains certain: there is no disentangling the ugly patterns without destroying the entire quilt. And dismantling, or at least radically changing, the problematic ways we currently view the world and our relationships with one another might just be the only way to move forward without leaving so many behind.

March 16 was many things, but it was NOT a white man’s “bad day.” It was, surely, another day of being a woman and an Asian person struggling to leave their marks on a blemished patchwork quilt.

An Thuy Nguyen is a PhD Candidate in History at the University of Maine and the current Society of Historians of American Foreign Relations’ Marilyn Blatt Young Fellow. She has authored various papers on women’s and diplomatic history, including an article in the high-impact Critical Asian Studies journal and an upcoming book chapter on prominent Old Left women.