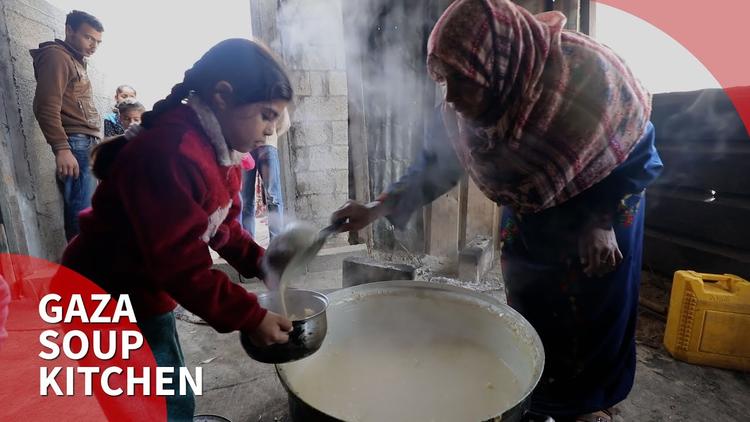 (Middle East Monitor ) – The Palestinians in the Gaza Strip continue to suffer from the Israeli-led blockade imposed since 2007. Add to this Israel’s military offensives and frequent incursions and it is easy to see why the economic crisis is acute. The destruction of the infrastructure has affected all sectors, including the economy. The delay in reconstruction, especially in the economic sector, and the failure to compensate business owners, have had a serious impact in Gaza. Many international institutions have warned of the repercussions if the blockade continues unabated.

Despite Israel’s repeated announcements about easing the blockade, the reality at the nominal border crossings is quite the opposite. It still prevents the entry of hundreds of kinds of goods and raw materials from entering Gaza, as well as the export to the West Bank of many industrial and agricultural products.

Last year saw no change in this situation. Most of the commercial crossings are closed, and some have been removed completely. This is inconsistent with the 1994 Paris Economic Agreement and the crossings agreement signed with the Israelis under US and European auspices on 15 November, 2005, when Israeli settlers were withdrawn from the Gaza Strip. This stipulates that the Muntar crossing, which was closed in 2011, should be kept open and, in emergency situations, that Israel will allow the export of all agricultural products from Gaza during the appropriate seasons. At the moment, only the Karam Abu Salem crossings is operational. Nothing has changed in terms of the opening hours, the number of trucks allowed to enter the territory, and the type and quantity of imported goods.

Despite the destruction, the import of building materials is severely restricted. They are only allowed into Gaza in restricted quantities in accordance with the Gaza Reconstruction Mechanism.

Karam Abu Salem crossing has not been affected by the coronavirus pandemic, as imports and exports have remained at their now “normal” siege levels. The crossing is operating at a minimum capacity, with the annual number of non-fuel trucks more or less the same since 2018. In terms of export goods leaving the Gaza Strip last year, the number of trucks is around 50 per cent of what it was prior to the start of the siege.

The main market for Gaza exporters at the moment is the West Bank, as and when exporters can get their products out of the territory. The lack of facilities at Karam Abu Salem crossing makes exporting goods a major problem. Goods have to be unloaded and reloaded several times, which affects their quality, especially of agricultural products. Combined with packaging specifications, this means that transportation costs are doubled for Palestinian exporters.

After 14 years of the suffocating siege, it is surely time for international institutions to carry out their legal and humanitarian duties towards the Palestinians in the Gaza Strip, and ensure that their basic needs are provided. They must liberate them from the largest open-air prison in the world, and apply real and serious pressure on the Israeli occupation authorities to open all Gaza crossings for the movement of people and goods, and to end this unjust blockade immediately.

Middle East Monitor: “The Gaza soup kitchen providing respite for those in need”