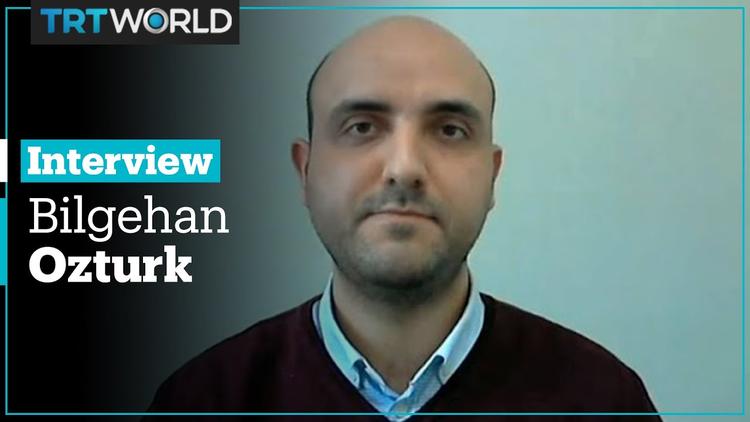 ( Middle East Monitor ) – Syrian intellectuals and activists from across political and intellectual spheres are busy searching for a way out of the disastrous situation their country has reached after ten years of violent conflict. The issue is not straightforward, and the exit is unclear, with everyone trying to feel their way out in the dark without achieving a result. This is especially true since the Syrians’ ability to influence their country’s future is continuously diminishing with the established foreign presence within it, and with the regime and opposition’s supporters on the brink of collapse.

There should not be a major disagreement among Syrians regarding the fact that, since the second year of its revolution, their country has become a battlefield for regional and international powers that do not consider the Syrians’ interests or their fate. This must be acknowledged as a first step towards getting out of the impasse, as Iran did not rush to help the regime. Instead, Iran found in the conflict an opportunity to complete the building of its regional arc of influence, especially with the US leaving Iraq in 2011. When it lost hope, given the intensification of the conflict in Syria, its interests were limited to controlling the corridor on the ground and establishing parallel authorities, securing its access to its ally in Lebanon, Hezbollah.

In Iran’s opinion, Syria is nothing but a line of defence or a battlefield through which it prevents the battle from moving to Tehran, Qom and Isfahan. It is therefore not concerned with its destruction and division, neither the annihilation of its people, the supporters of the regime or the opposition. It makes no difference to them, as long as the conflict remains far from its territory. The Arab Gulf states were never interested in helping the revolution reach a democratic system that would fulfil the Syrians’ aspirations for a free and decent life. Rather, they found in Syria a battleground to exhaust Iran and break the arc of its influence that threatens the Gulf after the collapse of Iraq. The same applies to Russia, Turkey, the US, Europe, and others, all of whom aspire to achieve their interests in a country of strategic importance, and not leave it to the others.

READ: Denmark says Syria is safe for return of refugees

As a result, five foreign armies and their affiliates are present on Syrian soil today. Threatening the unity of Syria and its political entity, there is the emergence of a US approach to recognise the Kurdish administration in the areas east of the Euphrates. There is also the presence of a Turkish approach to establish a canton in the opposition-controlled areas in the northwest of the country, and a safe zone in the areas controlled by the Syrian National Army factions in the north. Added to this is the Iranian desperation to keep the corridor connecting Al-Bukamal and the Lebanese border. Meanwhile, the Russians and Israelis agreed on a buffer zone in the south that prevents the Iranian presence on the borders and Russian control of the Syrian coast with its ports, giving Syria a share of the oil in the eastern Mediterranean and its gas.

Syrians have spent the last ten years of the conflict on their vision of Syria and its future. Now that the existence of Syria itself is threatened, it has become imperative to rise to the level of danger posed to it. The regime bears the responsibility more than others in this regard, as it remains in a better position to take initiative and achieve a solution that allows the Syrians to rally around a rescue formula, away from foreign agendas and narrow interests. As for the stubbornness and continued claims of victory, this will only lead to the complete collapse of the country that the regime insists on ruling. Can this be considered a victory when about 40 per cent of Syrian land, including its wealth, is not under its control? What kind of victory is this, when the regime is unable to feed the Syrians under its rule, let alone provide them with services? What about the militias and mercenaries that are prevalent in Syria? As for the opposition, it is asked to be courageous and start adopting a discourse that may not appeal to its audience. Real leadership is not always about telling the people what they want to hear, but rather sometimes telling them what they don’t want to hear. The opposition must announce, at this stage, rejection of the policy of starving Syrians in the areas controlled by the regime, just as the regime’s policy of starving Syrians in the areas that the opposition controlled was rejected. We must also, in practice and not only in theory, put into action the slogan of “The Syrian people are one” that was launched on the first day of the revolution.

It remains for us to acknowledge the existence of many fundamental points of agreement between the regime and the opposition, which could form the basis of a real dialogue heading towards a solution. The most important of these points is the agreement on the unity of the Syrian territories, the rejection of any separatist approaches, the affirmation of Syria’s sovereignty and independence, the departure of all foreign forces, including armies and militias from Syria, and the refusal to convert Syria into a land of jihad or a battlefield for anyone. Additional points include rejecting the policies of the axis and agreeing that the Golan Heights is an occupied land over which there is no compromise. If we cannot build on these points, the regime will bear historical responsibility for the collapse and disintegration of the country. If the opposition does not respond, we will, as expressed by the legend Aisha Al-Hurra: “Weep like a woman for a kingdom you could not defend as a man.”

This work by Middle East Monitor is licensed under a Creative Commons Attribution-NonCommercial-ShareAlike 4.0 International License. If the image(s) bear our credit, this license also applies to them. What does that mean?