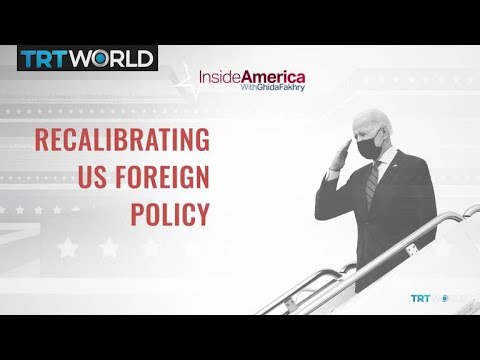 ( Middle East Monitor ) – Israel is reportedly concerned that US President Joe Biden will prioritise human rights over traditional allegiances in the Middle East. With a policy shift that departs from the Trump administration’s belligerence, Biden is attempting to bring Washington in line with the human rights rhetoric favoured within the international arena, albeit rarely, if ever, acted upon.

The recent declassification of documents pertaining to the murder of Saudi journalist Jamal Khashoggi has been used by Israel to claim that the Biden administration risks alienating the settler-colonial state’s allies in the Middle East, particularly at a time when the Netanyahu government is still basking in the diplomatic success of the Abraham Accords.

Israel need not worry, though. While other Middle Eastern governments may indeed come under intense scrutiny and be forced to make cosmetic changes to their atrocious human rights record – releasing prominent activists from prison, for example – Israel will not be required to make any such concessions. The international community has already accomplished a great deal in marketing Israel’s security narrative as indistinguishable from human rights. If Israel says it needs to defend itself, how dare the international community suggest otherwise? On the contrary, governments are eager to support Israel’s killing machine and turn a blind eye to its victims. Collateral damage in the name of human rights is perfectly acceptable, it seems.

The White House has recently released the “Interim National Security Strategic Guidance“. Democracy is Biden’s selling point. Holding the new US administration to account on its democracy, however, is a different story. After all, anything is better than Trump. Such reasoning played into the psyche of the US electorate and political responsibility may well become a relic of the past if the Biden administration continues to be juxtaposed against Trump’s, or viewed as a better option for no other reason than the president is now not Trump. Indeed, there is a risk of Biden being spared the usual scrutiny that comes with being US president, and while Israel may miss the Trump era, the current administration is certainly not averse to upholding the apartheid state’s impunity.

It is more a selective process of which governments the US is going to support militarily in the name of democracy, rather than a repudiation of militarism as Biden is attempting, and failing, to convey to the world.

“In the Middle East, we will maintain our ironclad commitment to Israel’s security, while seeking to further its integration with its neighbours and resuming our role as promoter of a viable two-state solution,” the guidance document proclaims. There’s no conflict for Israel in that, since “two states” is a defunct option that existed only to enhance its own security narrative. An “ironclad commitment” to Israel’s security is undemocratic, though, no matter how much the two-state solution is given a democratic gloss through international consensus.

Recalibrating US Foreign Policy | Inside America with Ghida Fakhry