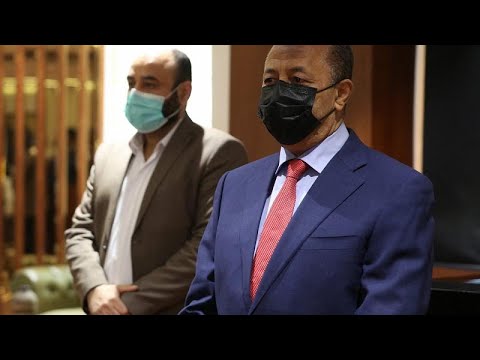 Ten years ago, the United Nation’s no-fly zone over Libya marked the beginning of the Libyan revolution and the West’s bombing campaign.

I spent much of the war embedded with the fighters in Misrata, Libya’s third-largest city, studying the insurgency. The fighting stopped with the death of Col. Moammar Gadhafi, Libya’s ruler for four decades.

On March 16, the 10th anniversary of the Arab Spring and NATO’S intervention, a government uniting the east and west of Libya took power for the first time since 2014. This opportunity is Libyans’ last and best chance for stability and prosperity. There are three reasons for hope, but they are equally compelling reasons to despair.

1. Military victory impossible for either side

In April 2019, the leader of Libya’s eastern militias,
Khalifa Haftar, attacked Libya’s capital, Tripoli. He wanted to take control before the Libyan National Congress could meet to set up elections.

At the time, he had the military advantage, backed by Egypt, the United Arab Emirates, Russia and France and wielding advanced drones and fighter aircraft. Haftar was on the verge of victory despite efforts by armed groups from Tripoli, Misrata and Zintan to stop him. That was until Turkey intervened a few months ago — turning the tide of the fighting and upsetting the military balance in Libya.

Turkey wanted to check Russian and Egyptian power in the region and secure undersea drilling rights in the Mediterranean Sea. Turkey’s intervention was decisive, leading to the retreat of Haftar’s militias and Russia’s mercenaries.

This defeat fundamentally altered Libyan politics. It became clear to Haftar and his backers that there was, for now at least, no military solution to Libya’s conflict. This stalemate turned the United Nations’ political and military dialogue into an actual negotiation for power and the future of Libya.

2. The pandemic: A breaking point for Libyans

Libyans are furious with their political class. It’s hard to overstate the hell Libyans have lived through over the past decade, and the pandemic only exacerbated the situation.

Libya’s health-care system collapsed during the revolution, leaving Libyans vulnerable to COVID-19. Over the summer, many families had to choose between waiting out shelling or exposing their families to COVID-19 if they fled.

Libya was a well-off country before the 2011 revolution. With only six million people and vast oil reserves, Libya should look more like Qatar or the United Arab Emirates, both wealthy nations with high standards of living.

Libyans know this and they are fed up. This anger has unsettled Libya’s political leaders on all sides of the conflict and is a driving force behind recent, unexpected political progress. The fact that Haftar and other leaders are supporting the new government is further evidence of pressure from average Libyans given these leaders have rejected compromise until now.

After U.S. Ambassador Chris Stevens was killed in 2012 in Benghazi, the international community abandoned Libya. Compare that response to European and American resolve in Iraq and Afghanistan, where thousands of diplomats remained despite extreme violence.

Regional powers filled the void, with an eye on Libya’s wealth. Egypt, Russia and the UAE bet on Haftar, supplying him with sophisticated weapons systems and the mercenaries to operate them. But Turkey’s intervention in 2019 changed that.

Now, in order for regional players to benefit from Libya, they need a functioning government that’s in full control of its oil wealth. Turkey is also interested in the success of the marine treaty it signed with Libya a few days before it intervened, strengthening its broader strategy for the eastern Mediterranean Sea.

What else needs to go right?

U.S., Europe must get involved

The reasons for hope are, unfortunately, not plentiful enough. Libya’s new prime minister, Abdul Hamid Dbeibah, also needs to catch few breaks. Most crucially, Europe and the United States need to step up.

Europe has the greatest interest in doing so since Libya is a major route for migration. A functioning Libyan state would go a long way to stop thousands of men, women and children from drowning off European shores every year.

Because the U.S. is Egypt’s largest foreign aid donor, it must encourage the Egyptians to pressure Haftar to continue supporting the new government.

Finally, the international community must support the UN’s efforts in Libya, including the enforcement of the arms embargo, which has been “totally ineffective.” Stephanie Williams, the UN’s acting representative in Libya, is the unsung hero of the political negotiations that led to Libya’s new unity government.

By creating a political dialogue that was gradual and inclusive, Williams used the public pressure to push politicians to act. The hope is that the UN’s new representative in Libya, Slovakia’s Ján Kubiš, won’t squander this momentum by ignoring the principles that brought success: humility, transparency and the centrality of Libyans’ voices.