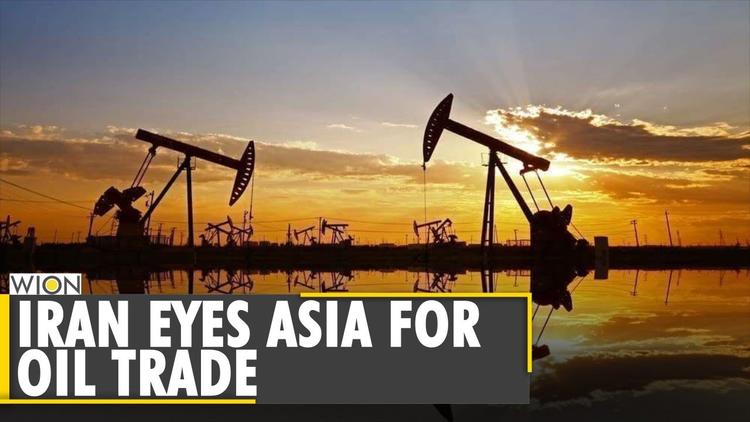 Ann Arbor (Informed Comment) – China is dramatically ramping up its imports of petroleum from Iran this spring, going from a daily average of 300,000 barrels per day during the past year to 856,000 bpd. So reports Felicity Bradstock of Oilprice.com.

The Biden administration has dragged its feet on negotiating a return to the 2015 nuclear deal or Joint Comprehensive Plan of Action (JCPOA). Biden and his secretary of state, Antony Blinken, are insisting that Iran must take steps to come back into compliance with the JCPOA before Washington will offer Iran any sanctions relief.

Iran has refused, feeling that it only signed the JCPOA because Tehran was promised an end to sanctions. Instead, Iran gave up 80% of its civilian nuclear enrichment program in return for less than nothing. So the ayatollahs feel they are the aggrieved party here, and the US should drop at least some of the Trump-era sanctions to start the ball rolling.

Some of the basis for Iran’s confident defiance of Biden may lie in the prospect of ramping up its sales to China extensively. Beijing is apparently calculating that Biden’s Treasury Department is unlikely to initiate big fines on China for dealing with Iran at a time when the US itself is hoping to deal with Iran.

The Trump administration had breached the JCPOA in May, 2018, and then placed US Treasury Department sanctions on virtually all Iranian trade, including ordinary petroleum sales, by sanctioning Iran’s Bank Markazi or central bank. The US threatens third parties with sanctions, so if a French firm traded with Iran through its central bank (and how else would you do it?), it could be fined billions by the U.S.

China was never very afraid of the Trump sanctions, since the US runs a more than $300 billion trade deficit annually with China and so the two countries are joined at the hip. (No, Trump, despite his lies and bluster, did not reduce that trade deficit from what it was under Obama before the pandemic hit). But Beijing did reduce its reliance on Iranian petroleum and avoided doing any dollar trade with Iran for its oil. Iran seems to have more or less smuggled oil to China on third party tankers, dealing with independent Chinese concerns rather than with Sinopec or one of the other state-owned majors. Iran may also have secretly shipped oil to China through the United Arab Emirates, Oman and Malaysia. In fact Postmedia/ Financial Tribune estimates that 75% of Iran petroleum imports into China came via these third countries, mainly to independent refiners in Shandong province.

Avoiding the dollar trade, accepting soft currency payments, and smuggling under the US radar causes Iran to take a big cut in revenue, perhaps as much as a third of its typical profits before the Trump maximum pressure campaign. On the other hand, two-thirds of something is better than nothing. Now, China appears to be throwing caution to the wind.

Postmedia reports that Iranian petroleum officials are also reaching out to India and other Asian customers, seeking to renew the oil trade in a few months.

This approach suggests that Iranian officials are confident of being able to reach an accommodation with Biden and that the days of the maximum pressure campaign are limited.

That is, although Iran may benefit in the short term from a lessening of US economic pressure via its sales to China, officials in Tehran still have their eye on the big prize, which would be an economic normalization and the end of US sanctions. That is a pretty hopeful signal, more hopeful than I had expected to discover when I took up this essay today.