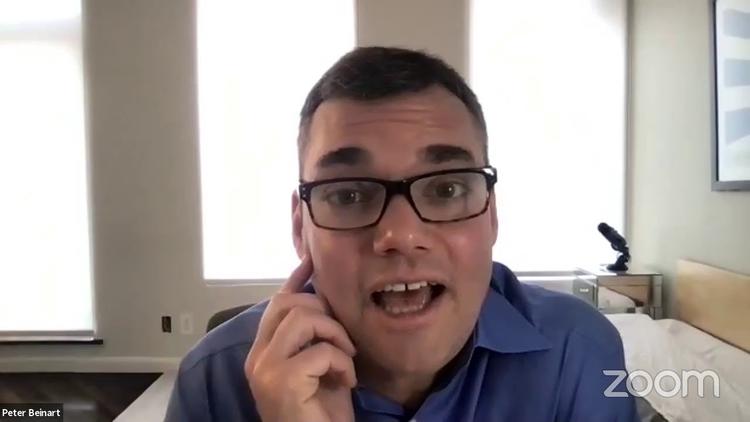 ( Middle East Monitor ) – US President Joe Biden may be returning the country to the two-state paradigm, but the inequalities between Israelis and Palestinians are becoming more prominent with each statement uttered by officials.

When the US speaks of the two-state compromise, it is doing so with complete recognition of the fact that it will not reverse all of the Trump administration’s policies. There will be no relocation of the US embassy, and the US is still opposing the war crimes investigations by the International Criminal Court (ICC), although Biden has lifted the sanctions imposed upon the court’s officials. The Abraham Accords will continue to play an important role as well in US diplomacy.

All the concessions indicate that the US is supporting further erosion of Palestinian rights. No matter how much the US Secretary of State Antony Blinken calls for equal treatment of Palestinians, as he told Israeli Foreign Minister Gabi Ashkenazi during a recent phone call.

US State Department spokesman Ned Price stated that Blinken “emphasised the administration’s belief that Israelis and Palestinians should enjoy equal measures of freedom, security, prosperity, and democracy.” All within the context of the two-state compromise, of course, which was never about equal rights but rather devising impunity for Israel’s colonial expansion.

Away from Blinken’s contradictions, the US State Department is offering more clues on what Biden is seeking to achieve in terms of continuing with former US President Donald Trump’s policies. During the department’s briefing yesterday, Prince refused to commit as to whether the two-state paradigm would include East Jerusalem as the Palestinian state’s capital.

“There has been no change on our position in Jerusalem – and, of course, Jerusalem is a final status issue that is to be negotiated by the two parties,” Price answered, in response to Associated Press reporter Matt Lee’s questions to clarify the US stance on Jerusalem.

Price’s statement is ambiguous, refusing to clarify which “position” remains unchanged, albeit it is most likely that Biden will retain Trump’s designation, given the refusal to relocate the US embassy to Tel Aviv.

Neither has the US committed to restoring funding for the United Nations Relief and Works Agency for Palestine Refugees (UNRWA), although recently $15 million was pledged as Covid aid for Palestinians.

If the US is still vacillating over its policy with regard to the Palestinian people, what measure of equality is it expecting Israel to serve? The two-state politics offer nothing in terms of equality – they do not call for a reversal of colonisation and Palestinians were still discussed from the humanitarian paradigm. Let alone a two-state hypothesis which is now further disfigured by Trump’s concessions, which the Biden administration is loathed to reverse in their entirety.

Just because the US is back within the parameters of international consensus when it comes to rhetorical diplomacy, it does not mean that the Biden administration is favouring any semblance of equality. The two-state obsolete as it is, still retains enough vestiges of corruption that ascertain Israel’s colonial supremacy. And yet, the Palestinian Authority still has nothing to say other than to urge the US and the international community to persist in sabotaging any slight chance of Palestinian independence even further.

The Jerusalem Fund and the Palestine Center: “A Jewish Case for Equality in Israel-Palestine with Peter Beinart”