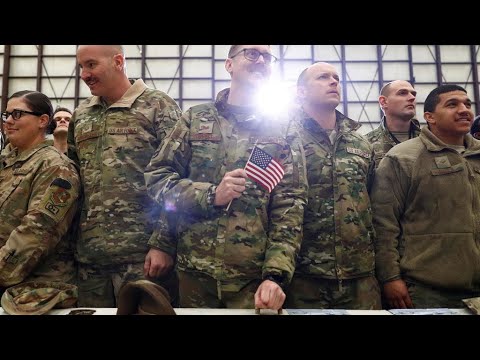 President Biden announced Tuesday that he will completely withdraw US troops from Afghanistan around September 1. This move will bring to an end America’s longest war, which still costs $50 billion a year. Imagine what that money could do for the US if it is invested in green energy and infrastructure. Worse, a lot of the $50 billion is wasted or disappears through corruption.

Biden is being honest. The US has no vital interests in Afghanistan. The Washington Post used the Freedom of Information Act to get hold of documents from myriads of US officials who worked in Afghanistan over the past two decades. Virtually none of them believed in the mission, behind the scenes.

The US remains in Afghanistan militarily primarily through reliance airstrikes — enormous tonnages of them annually. In 2019, the US dropped 7,423 bombs on the place, more than at any time since 2003. Aerial bombing has been substituted for the hard diplomacy and infrastructural investments that might — might — actually put the country on a positive path forward. Imagine the destruction wrought on the country by tens of thousands of airstrikes over the years, hitting villages and sometimes even wedding parties. This is the war people like Lindsay Graham want to keep going. There is something pathological about it.

Some analysts worry that the Taliban will take back over, and will be a magnet for terrorist groups. I do not think the premise that the Taliban would gladly host al-Qaeda is correct. The Taliban have been the fiercest fighters against the tiny ISIL groups in Afghanistan. It is not clear that the Taliban ever greenlighted Bin Laden for 9/11, and there is a lot of evidence of al-Qaeda and Taliban leaders being angry at him for this foreign adventure that brought the full weight of the US down on them and destroyed the emirate.

The US does not need troops in Afghanistan to deal with al-Qaeda there, in any case. US counter-terrorism forces and drone strikes have been launched against al-Qaeda in places like Yemen and Somalia without the US having a permanent troop presence there or spending $50 billion a year on it. The al-Qaeda presence in Yemen and Syria is far bigger and more dangerous.

The US doesn’t have troops in Yemen. Al-Qaeda in the Arabian Peninsula (AQAP), which has cells in and around Abyan in southern Yemen, tried to down a plane over Detroit in 2009 using a non-metallic powder explosive. Our Saudi supposed ally has not been very effective against that cell despite its war in Yemen.

The CIA, at least, is allied in Syria with Muslim Brotherhood groups that are al-Qaeda-adjacent, and US arms were provided in Syria to Salafi Jihadis through Saudi Arabia. So in some parts of the world we seem to be back to the 1980s when there are de facto US-al-Qaeda alliances. In such a world, why keep an Afghanistan command on the assumption that there might ultimately be an al-Qaeda threat to the US from that country?

Some American analysts want to stay in Afghanistan in hopes of making it a democracy. Afghanistan, however, is too complex a nation-building problem to solve with the kind of resources the US has been willing to put in. It is desperately poor, typically down near fourth poorest in the world, and so is the least likely candidate for middle class democracy in the world. NYU Political Scientist Adam Przeworski found that the most significant indicator of whether a country would succeed if it tried to transition to democracy from an authoritarian government was that it be a middle income country. My guess is that this works because a rich civil society can overcome a state, whereas in poor countries the state has most of the resources.

Poor countries attempting a democratic transition failed at a high rate and fell back into autocratic ways. Taiwan moved in the late 1990s from a one-party state under the Kuomintang to multiparty democracy. Its annual per capita income is $32,000. Egypt’s attempt to democratize in 2011-2013 crashed and burned. Its annual per capita income is $3,830. Of course, poor countries can sometimes succeed (Tunisia), and rich countries can sometimes fail (Hungary is becoming a dictatorship and its per capita annual income is $18,000. There is no accounting for tastes.) But if we’re going with the averages, you put your money on the rich countries to make a successful transition.

Afghanistan’s annual per capita income us $592.

Rural Afghans practice kinship politics, which are not the sort of thing that makes for national unity. Ethno-linguistic subnationalism also pulls the country apart, with conflicts among Pushtuns, Tajiks, Hazaras and Uzbeks.

Afghanistan is only 26 percent urban, 173rd in the world on this measurement. Less than half the population is literate.

Poppies are among the more valuable crops for its farmers, which contributes to narco-terrorism. US poppy eradication campaigns just drove the farmers into poverty and forced them to sell a daughter or two. That made no friends.

As if the internal dynamics were not bad enough, the external players are also deadly. Afghanistan is a major arena of Indo-Pak rivalry, with elements of Pakistani military intelligence backing the Taliban and the Haqqani group, and India backing the Tajik parties. Iran has tried without too much success to pick up the Shiite Hazara as clients; I don’t think it is a big player, and certainly not on the scale of Pakistan and India.

Among the external powers, only India really wants the US in Afghanistan, because the US also backs the Tajiks.

Russia at least used to argue for a US presence because it is afraid of Afghani opium flooding the Moscow market and emasculating Russian young men, but maybe that has changed after the conflict over Crimea.

My own view is that if the US wanted to withdraw without risking a security debacle, it would have to do so through diplomacy. In particular, the US should seek an agreement between India and Pakistan that Afghanistan will be neutral territory, an agreement to which Kabul would assent. I have been thinking about the need for such an agreement for a long time, but recently discovered that Audrey Cronin, a political scientist at American University, made the case in a concerted way in 2013:

What I would add is that it might be possible to get China on board with shutting down the support for the Taliban of elements of Pakistani military intelligence, on the grounds that there are Uighurs among them and they encourage radicalism in Kashgar. Washington might be able to use Beijing’s enormous clout with the Pakistani army to make that stick. The $50 bn Chinese investment in Pakistan (the China-Pakistan Economic Corridor) should put some weight behind this push. After all, a resurgent Taliban of the sort some Pakistani officers favor might spill over into Pakistan and lead to sabotage against the pipelines and other infrastructure that China is building to bring oil and Arabian Sea trade to itself. The US has its own levers in Islamabad.

An agreement between Pakistan and India on Afghan neutrality. The British and the Russians managed to come to similar terms about the country being a buffer zone between them in the 19th and early 20th century.

It would also be good for Afghanistan to have someone build it some fast rail links to its neighbors so that it could cheaply export its agricultural goods.

It is long past time, in any case, for the US to exit.

France 24 English: “Biden will withdraw all US troops from Afghanistan by September 11”