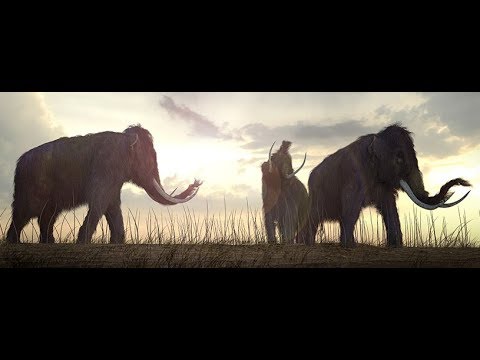 Ann Arbor (Informed Comment) – In a scientific shocker, the National Oceanic and Atmospheric Administration has found that despite the slowdown in carbon dioxide emissions in 2020 because of the pandemic, the concentration of CO2 in the atmosphere rose to a global average of 412.5 parts per million (ppm) from 410 in 2019. At the Moana Loa observatory, it was 414.4 ppm.

The significant increase in CO2 comes as a surprise, since emissions fell 7% last year because of the covid-19 economic slowdown. But it turns out that all the virus did was to slow things down a little, not stop emissions in their tracks. In fact, if it had not been for the pandemic, last year would have see the biggest increase in carbon dioxide ever recorded in a single year!

Methane, which is an even more powerful greenhouse gas than CO2, also jumped up. It doesn’t stay nearly as long in the atmosphere as CO2, but it heats it up a lot while it is around. Rapidly increasing methane is very bad news, 28 times worse than increasing CO2, at least in the short run. Hydraulic fracturing for natural gas production appears to be a major source of methane.

President Biden has suggested capping these wells to stop the leaks.

NOAA points out that we haven’t seen 412 ppm of carbon dioxide in the atmosphere since the mid-Pliocene era, starting 3.6 million years ago.

The NOAA observations are disheartening because we have a relatively short time window, maybe 30 years, to get down to net carbon zero if we are going to avoid squandering our oceanic carbon budget.

See, the oceans absorb carbon dioxide, and if we stop putting it up in the atmosphere, they will take in everything we’ve produced since 1750. It will take them a while, and it will make them acidic, killing off maybe half of marine life. But gradually the parts per million of CO2 will come back down.

So we want to see the PPM of carbon dioxide level off, not jump up.

From about 10,000 years ago after the last ice age, there were typically between 260 and 280 parts per million of carbon dioxide in the atmosphere. This era is known as the Holocene. Then from about 1750, humankind starting turning the turbines of steam engines by burning, first wood, but then coal, in very large amounts. Then in the late 19th century the internal combustion engine was invented, which used petroleum to spark small explosions that drove pistons. By 1960 there were about 300 parts per million of CO2 up there. We had entered the Anthropocene, in which human beings are driving the climate. And driving it fast and furious.

Now it is 412.5 ppm. Never before in the whole history of planet earth has so much CO2 been put into the atmosphere so quickly. CO2 did increase from time to time in the past, but over millions of years and because of volcanoes.

And here is the bad news. The last time it was 412 ppm was the middle Pliocene warm period, stretching from 3.6 and 2.85 million years ago.

Temperatures in the middle Pliocene were on average as much as 5-7 degrees F. higher than today. The Arctic was 10 degrees C. hotter than today’s and it was covered in forests, not tundra. Seas were roughly 75- 90 feet higher. Some places now wet were desert-like. Here is what would happen to five cities under this scenario.

This 90 feet sea level rise is therefore almost certainly baked in and will occur, over the next few hundred years (oceans are huge and cold and take time to warm up). I wouldn’t buy real estate in Miami or lower Manhattan with an idea of passing it on to your grandchildren. Any beachfront property is ephemeral.

Folks, we are going in the wrong direction.

Grantham Imperial: “The Pliocene: The Last Time Earth had over 400 ppm of Atmospheric CO2”