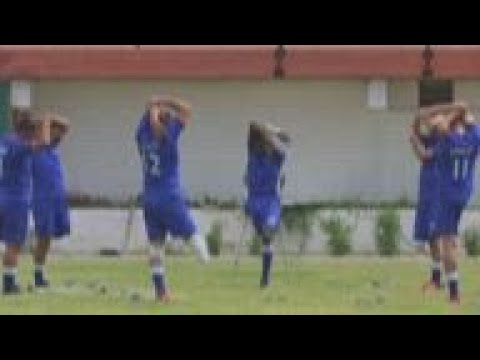 ( Middle East Monitor ) – Tens of thousands of Palestinian civilians in the Gaza Strip have been wounded during Israel’s military offensives and incursions. Many of them have been left with life-changing injuries.

For the two million Palestinians living in Gaza under an Israeli-led and Egyptian-backed siege, life is already difficult enough. With limited access to rehabilitation facilities and prosthetic limbs, life as a physically disabled person in the impoverished territory is especially bleak.

It is common to see Palestinians on the streets of Gaza with missing limbs. Official statistics reveal that there are around 49,000 people with disabilities in the Gaza Strip alone. They live in extremely difficult conditions. According to the president of the Palestine Children’s Relief Fund (PCRF), Steve Sosebee, such individuals face additional challenges over and above those imposed by the occupation. Established in 1992, the PCRF has taken over 2,000 injured children to the US for treatment and sent dozens of groups of doctors to help children in occupied Palestine.

“While I was working as a journalist on the ground in Palestine back in 1988 to cover the First Intifada, I started to see injured children who needed urgent medical care,” Sosebee explained. “I met a ten-year-old child who was severely injured and arranged medical care for him in the US.”

He then found many more children who needed help. “I felt that this was a way I could contribute to the Palestinian struggle in a way that hopefully would make a difference in the lives of these kids because I believe in their cause for freedom and for justice.”

Doctors from around the world contribute their time and skills to help, he pointed out. “Initially, I started bringing children out of Palestine for treatment but after six or seven years the NGO started sending volunteer medical teams there. That really transformed our work as an organisation because we could be much more effective and impactful by sending doctors to operate on the ground.”

Granted a Palestinian passport and ID card in 2018, Sosebee insists that his personal status is a humanitarian worker rather than someone who is trying to change the politics in occupied Palestine. “I’ve been doing this for 30 years now. I housed some of the children amputees in my own home in the US when I was living there and befriended them so I’ve seen injured kids grow into fathers with kids of their own, and stayed connected with them.”

The NGO’s president thinks that it is important for everybody who supports the Palestinian cause to remember that they can make a difference; they are not hopeless or helpless. “We should not allow the cynicism of regional politics to prevent us from working individually or together to help heal the wounds and the suffering of children in the Middle East.”

A lot of the injuries that the PCRF sees are the result of bullets fired by Israeli snipers, who use high ordnance weapons. “Then you see a lot of accidents and birth defects as a result of intermarriage. And the poor quality of healthcare just further impacts the ability of children to get adequate medical treatment,” noted Sosebee.

The Israeli military offensive against the Palestinians in the Gaza Strip made 2014 one of the bloodiest years in Palestinian history. According to a UN report, the Israeli army hit Gaza with 6,000 airstrikes and nearly 50,000 tank and artillery shells for fifty days. So-called “Operation Protective Edge” left 1,100 Palestinians with permanent disabilities; at least 100 are amputees.

In Gaza, they have few rehabilitation options as doctors are often unable to deal with such traumatic injuries. Hospitals in the territory are overwhelmed and understaffed and lack sufficient medicines and medical resources, including disposables.

Moreover, ongoing electricity shortages force hospitals to ration power and rely on what are supposed to be emergency generators, which often break down as a result of overuse. Israel’s siege limits imports and exports to and from Gaza, particularly those with alleged “dual-use, leading to long delays in getting adequate medical supplies and equipment, and materials to make essential repairs.

In response to the many gaps in the public healthcare system, the PCRF seeks to provide humanitarian relief and aid programmes for Palestinian children, including a paediatric oncology department. Children with cancer no longer have to endure rigorous travel abroad for treatment.

Today PCRF prides itself on being the “main non-profit NGO that is providing free medical care for sick and injured Arab children in the Middle East that is not available to them in their homeland.” Last year, the grassroots organisation funded several projects in Palestinian hospitals, including the rehabilitation of an emergency room and facilities for Gaza amputees.

The struggling health sector in Gaza can be put down to two factors, said Sosebee. “One is the political isolation of Palestinian civilians there from the rest of the world. They aren’t allowed to leave or enter Gaza for medical care so they’re very isolated and this has an impact on the healthcare sector as well.”

The second factor, he believes, is that the majority of Palestinians living in Gaza — about 70 per cent of the population — are

However, despite the huge problems in adapting to their new life, Palestinian amputees in Gaza have shown that they are determined to overcome their disabilities and exceed expectations. One seven-year-old girl, for example, lost her leg when her home was blown up by an Israeli missile just as her family sat down to break their fast at the end of a long day during the month of Ramadan in 2014, part of which coincided with the Israeli military offensive.

“An Israeli rocket fired from an F-15 aeroplane bombed her home and she was badly injured and lost her leg,” Steve Sosebee told me. “Our organisation took her first to Jeddah, Saudi Arabia, and then to Atlanta, Georgia for a new prosthetic leg. Now she’s in school and known as a leader in her community for helping other children. She’s still only 14 years old, but is very driven and clever.”

It is this kind of resilience, he added, that is a characteristic of the people of Palestine, particularly those in the Gaza Strip. They are helped by knowing that NGOs such as the PCRF are supporting them along the way.