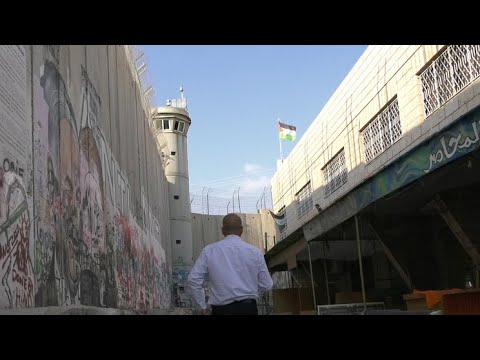 Ann Arbor (Informed Comment) – Human Rights Watch has issued a 214-page report concluding that between the Jordan River and the Mediterranean there are 6.8 million Jews and 6.8 million Palestinians, and that the Israeli state systematically privileges the Jews, wherever they are, and disprivileges the Palestinians, on the basis of race.

HRW, like other human rights organizations, had avoided using this language about Israel-Palestine because its officials had considered the Israeli occupation to be temporary, and that the “peace process” would eventually lead to a Palestinian state. Over fifty years are not temporary, however, and there is no end in sight. Israeli officials are increasingly bold in insisting that no Palestinian state will ever be allowed and that the Israeli Occupation of Palestinian territories must remain permanent. It is the permanency of the situation that warrants the change in nomenclature, HRW says.

Israeli policies toward the Occupied Palestinians also resemble those of American whites toward African-Americans in the Jim Crow era, being based on systematic racism.

The Israeli human rights organization, B’tselem, came to the same conclusion about Israeli Apartheid this winter.

The argument for Israel being an Apartheid state rests primarily on its 50-year-long occupation of the Palestinian West Bank, East Jerusalem and the Gaza Strip, the land, water and airspace of which Israel controls. Israel has determinedly sponsored Jewish colonies on West Bank land owned by Palestinians and has universally excluded Palestinians from living in these squatter settlements. In about 40% of the West Bank, Israel has a junior partner in the rump Palestine Authority, but the latter ultimately is under Israel’s thumb.

Occupied Palestinians under Israeli military rule suffer from a deficit of civil rights:

Even within Israel proper, however, the Israeli parliament in 2018 passed a law investing sovereignty solely in Israeli Jews and excluding the 20 percent of the population that is of Palestinian heritage. Although there are a handful of Palestinian-Israelis in Parliament, they are systematically excluded from cabinet positions or playing any part in forming governments, a role reserved for Jewish Israelis. Some Palestinian-Israelis, locally called “Arab-Israelis” still live in unrecognized villages such that they are not permitted by the Israeli state to build or to repair or improve their buildings. They were, of course, living there before there was any Israel, but have been retrospectively demoted to people without basic rights.

Some observers have complained that Israel is not exactly like South Africa under Apartheid. This is true but it is beside the point. For one thing, the current South African government and media see a firm parallel:

For another, the Rome Statute that established the International Criminal Court adopted a universalized definition of Apartheid practices unconstrained by the South African historical model, which is intended to be applied to other societies in the world.

As HRW notes, the Rome Statute defines Apartheid as “inhumane acts… committed in the context of an institutionalized regime of systematic oppression and domination by one racial group over any other racial group or groups and committed with the intention of maintaining that regime.”

That language clearly does describe Israeli activities in the West Bank and Gaza.

“The crime of apartheid under the Apartheid Convention and Rome Statute consists of three primary elements: an intent to maintain a system of domination by one racial group over another; systematic oppression by one racial group over another; and one or more inhumane acts, as defined, carried out on a widespread or systematic basis pursuant to those policies.

The problem is now Israeli intentionality. The government means to do these things. HWR points out:

“The Knesset in 2018 passed a law with constitutional status affirming Israel as the “nation-state of the Jewish people,” declaring that within that territory, the right to self-determination “is unique to the Jewish people,” and establishing “Jewish settlement” as a national value.”

It isn’t just a matter of the rush of events any more. Apartheid has been enshrined in Israeli law.

Moreover, it is not just a matter of privileging Israelis. There is a policy of keeping the Palestinians down:

“To sustain Jewish Israeli control, Israeli authorities have adopted policies aimed at mitigating what they have openly described as a demographic “threat” that Palestinians pose. Those policies include limiting the population and political power of Palestinians, granting the right to vote only to Palestinians who live within the borders of Israel as they existed from 1948 to June 1967, and limiting the ability of Palestinians to move to Israel from the OPT and from anywhere else to Israel or the OPT. Other steps are taken to ensure Jewish domination, including a state policy of “separation” of Palestinians between the West Bank and Gaza, which prevents the movement of people and goods within the OPT, and “Judaization” of areas with significant Palestinian populations, including Jerusalem as well as the Galilee and the Negev in Israel.”

Nor it is only a matter of limiting the population and power of the Palestinians. There is the systemic cruelty and inhumanity of Israeli policy in the Occupied territories:

“Those include sweeping restrictions on the movement of 4.7 million Palestinians there; the confiscation of much of their land; the imposition of harsh conditions, including categorical denial of building permits in large parts of the West Bank, which has led thousands of Palestinians to leave their homes under conditions that amount to forcible transfer; the denial of residency rights to hundreds of thousands of Palestinians and their relatives, largely for being abroad when the occupation began in 1967, or for long periods during the first few decades of the occupation, or as a result of the effective freeze on family reunification over the last two decades; and the suspension of basic civil rights, such as freedom of assembly and association, depriving Palestinians of the opportunity to have a voice in a wide range of affairs that most affect their daily lives and futures.”

HRW dismisses Israeli special pleading that these inhumane measures are necessary for Israeli security. In many instances, this is demonstrably not the case. In others, absolute Israeli security would have to be measured against the harm inflicted on the Palestinians.